Sonnets to Laura by Petrarch 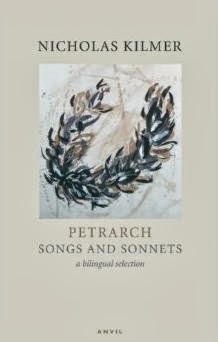 Sonnets to Laura, also called Il Canzoniere, were written by Francesco Petrarca (b.1304–d.1374), Italian poet and humanist, one of the great figures of Italian literature.  In English we call him simply Petrarch (pron. Pe-trark).  His love poems defined true emotions and described a real woman.  He perfected the sonnet form and is considered by many to be the first modern poet.

However, Petrarch considered his medieval Italian poetry to be less important than his Latin works, which brought Ancient Roman manuscripts back to life, fueling The Renaissance that was to come.  But his poetry, delicate, melodious, and dignified, became the model for not just Italian poetry, but English poetry.
He spent his youth in Tuscany and Avignon and at Bologna.  He returned to Avignon in 1326, when the Papacy was there instead of in Rome.  He may have taken lesser ecclesiastic orders, and entered the service of Cardinal Colonna, traveling widely but finding time to write numerous lyrics, sonnets, and canzoni (songs). 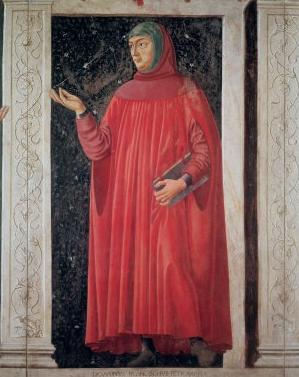 At Avignon in 1327 Petrarch first saw Laura, who was to inspire his great love sonnets in Italian.  His verse won fame during his lifetime, and in 1341 he was crowned laureate at Rome.  In 1348 both Laura and Colonna, his employer, died of the plague.  Petrarch then devoted himself to the cause of Italian unification, pleaded for the return of the papacy to Rome, and served the Visconti of Milan.

In his last years Petrarch enjoyed great fame, and after his death his influence continued to spread, not just as a scholar and poet, but as a humanist, that dangerous creature that gave birth to the Renaissance, the first Enlightenment.

There are 366 sonnets that some say were written for a year of love poetry for his Laura.  But in reality, the poems were written over a period of at least 20 years, if not much of Petrarch's life, and many were written long after Laura had passed away.  During that time Petrarch passed through many phases in his love for Laura and in his own life, each expressed in his sonnets. 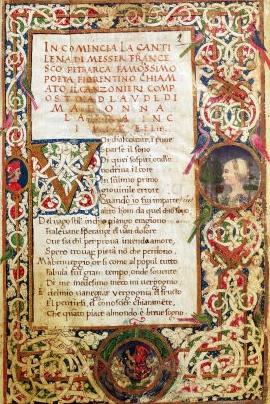 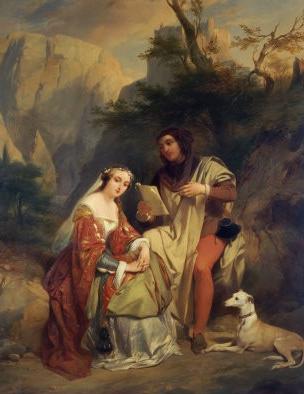 Here is one of Petrarch's sonnets I especially enjoyed.  It is number 3 of the 366.

3. 'Era il giorno ch'al sol si scoloraro'
It was on that day when the sun's ray
was darkened in pity for its Maker,
that I was captured, and did not defend myself,
because your lovely eyes had bound me, Lady.
It did not seem to me to be a time to guard myself
against Love's blows: so I went on
confident, unsuspecting; from that, my troubles
started, amongst the public sorrows.
Love discovered me all weaponless,
and opened the way to the heart through the eyes,
which are made the passageways and doors of tears:
so that it seems to me it does him little honour
to wound me with his arrow, in that state,
he not showing his bow at all to you who are armed.

The sonnets are in the public domain, as are many of the quality translations to English of the sonnets.  For free e-book versions, I link here to Project Gutenberg, the grand-daddy of free e-book sites on the web.

Direct link to the free e-books of Sonnets

If you wish to read the sonnets on-line at a Petrarch website, I suggest this wonderful site:

Direct link to the main page of the website

If you wish to own a printed version of the sonnets, here some selections from Amazon.com, including one with the Italian sonnets next to the English translations.