The Silver Pigs by Lindsey Davis 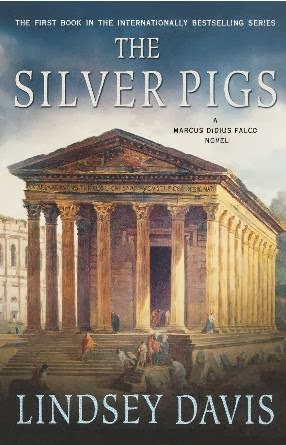 Marcus Didius Falco is a private investigator working in first century Rome.  He is described as "Roman Emperor Vespasian's smart-aleck PI".  Through the course of the series, which starts with The Silver Pigs, Falco moves around Rome's empire, working for hire, usually by the Roman Emperor, even in Roman Britain.  The series has ended, with a total of 20 books for fans to enjoy, and many have been reissued with new covers.

The plot teaser for the first book in the series:

When Marcus Didius Falco encounters the young and very pretty Sosia Camillina in the Forum, he senses immediately that there is something amiss. When she confesses that she is fleeing for her life, Falco offers to help her and, in doing so, he gets himself mixed up in a deadly plot involving stolen ingots, dangerous and dark political machinations, and, most hazardous of all, one Helena Justina, a brash, indominable senator's daughter connected to the very traitors that Falco has sworn to expose. 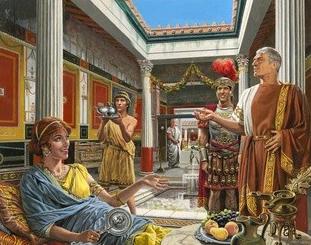 I have read most of the books in this series, including this first book, The Silver Pigs.  The books take place in first century Rome, but are written in the first person style of the cynical Private Detective from the 1940s, writing his memoirs.  I find the combination disconcerting, but I think the author's sense of humor is what makes the combination work.

Here is an example of the prose style from the beginning of The Silver Pigs:

When the girl came running up the steps, I decided she was wearing far too many clothes.  ...  Close at hand, I still thought she would be better off without so many tunics.  Thought don't misunderstand me.  I like my women in a few wisps of drapery:  then I can hope for a chance to remove the wisps.  If they start out with nothing, I tend to get depressed because either they have just stripped off for someone else or, in my line of work, they are usually dead.  This one was vibrantly alive. 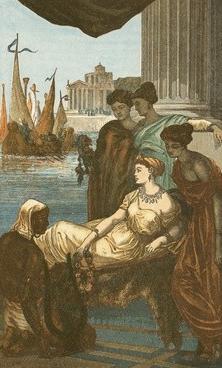 I also find the main character, Marcus Didius Falco, rather stupid and disturbingly masochistic, but perhaps it is the author, Lindsey Davis, who is disturbingly sadistic to her protagonist?   All joking aside, Marcus certainly benefits from his wise sidekick, whom he acquires in The Silver Pigs, and who remains with him throughout the series.

The series has a dedicated following.  Many fans of the series appear to enjoy the main character's down-to-earth family life more than the criminal case that moves the plot along.  I must admit, Marcus's family life seems timeless, which brings them all closer to us in the 21st century.

The author, Lindsey Davis, answered some readers' questions in this 10 minute video:

The books are available in various formats including paperback, e-book, and audio-book.  Here are the versions of The Silver Pigs at Amazon.com. 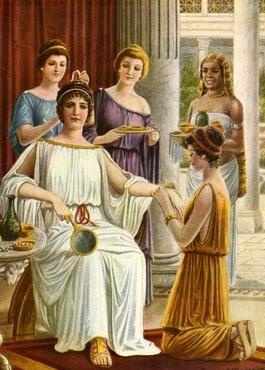