The Restoration of Rome by Peter Heather 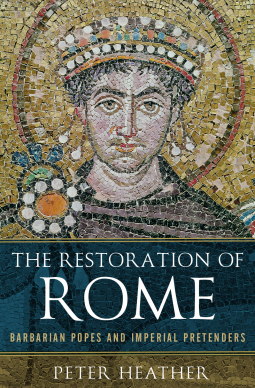 This accessible, scholarly work from Oxford University Press, The Restoration of Rome, has the subtitle Barbarian Popes and Imperial Pretenders.  It is written by Dr. Peter Heather, a historian of Late Antiquity and the Early Middle Ages.

The title, The Restoration of Rome, refers to the restoration of the Roman Empire, that deteriorated when the tax base was destroyed by the new tribes who either settled in or stole into the Empire's realm, and, annoyingly, refused to contribute to the upkeep of the military, infrastructure and civil service by paying taxes. 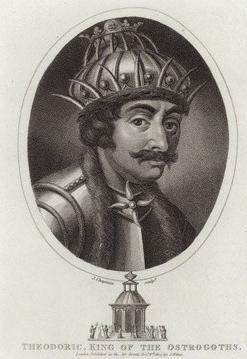 The Empire broke down into an Eastern Roman Empire and into areas fought over by various tribes of Europe and Asia.  A few leaders managed to create, through conquest and coercion, semblances of the former Western Roman Empire.  This book looks at three of those leaders:  Theodoric, a Goth tribal leader; Justinian, the Eastern Roman Emperor; and Charlemagne, a Frankish king.


Those sections, explaining what contemporary sources tell us about those times and about those men and their political structures and successes and failures, are fascinating.  The author entertainingly refers to modern popular culture to bring the realities of the past to life, with great success.  It is interesting to meet the major players of an era that is often brushed over in history lessons in the leap from the fall of Rome to the Middle Ages. 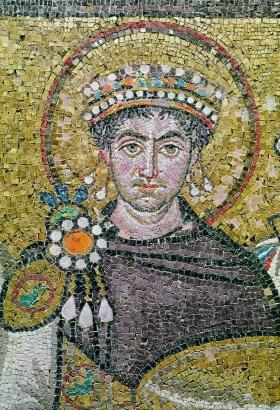 This book reads like a fresh take on the past, relying on the contemporary sources but interpreting them with a wise eye on what most of them they actually are:  products of spin-doctors-of-old making their tyrant employers look good.  Through his clear eye we see clearly the mindsets of rulers and of the ruled in late Roman times and in the early Middle Ages.

The foremost element in shaping the past, as described by this author, is human nature, especially the nastiness of human nature.  Murder, secret deals, betrayal, battles, marauding, scheming, and rampant ambition drive history.  A desire for wealth, and glory, and power which is used to get more wealth and glory, shape our past.  Theodoric, for example, is described as:

... a textbook case study in human nastiness and the vanity of ambition this could hardly be bettered... 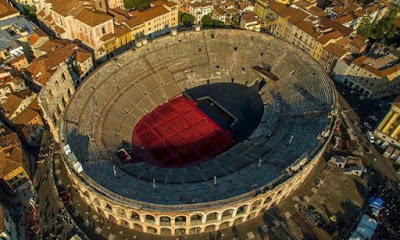 The book can be read as a popularized history book, with the writer's very modern voice explaining the past to us, with references to the Mafia, warlords, neocons, Wikipedia, The Godfather, and current politicians, wars, rebellions and massacres.  He links the past firmly to the present, emphasizing the continuity of human venality.  But the book (I read a review-copy e-book) is also a scholarly work, with detailed footnotes, maps, lists of primary sources, a full bibliography, and a detailed index.

Here is a quote, so you see what I mean about the "modern voice":

...when all the bullshit about rational, divinely inspired social order is put to one side, Roman law was all about defining and protecting property rights...

Refreshingly, the author clearly considers the human costs of war and military expansion.  Past, self-justifying historians have tended to brush over these costs as being the necessary evils associated with the creation of an empire that will eventually bring great good.  The author explains why he focuses on these human and humane details:

History has all too often been guilty of favouring the viewpoint of autocratic rulers in describing their glorious victories, when there is so much else that needs to be said.

After Theodoric, Justinian and Charlemagne get the author's treatment, he moves on to his central thesis:  the Papacy reinvented the relic of the old Roman Empire by using religion linked to military power.  That reinvention is still alive today, 1000 years later, in the Catholic church as administered by the Roman Curia under the "CEO" guidance of the Pope. 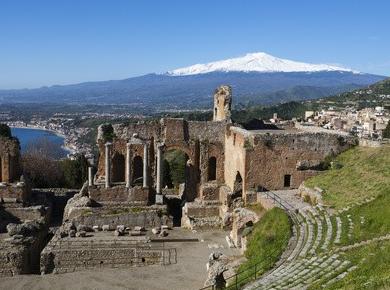 He also points out that Charlemagne's empire failed because the prophet Mohammed joined religion with military force and took wealthy territory from the empire, shrinking the empire's income, just as the barbarians had stolen the old Roman Empire's income.

The section about the Papacy was a more difficult read for me.  It was still interesting, but it was less gripping, probably because it lacked a strong central figure at the center of the story.  The evolution of the church is fascinating, as are the descriptions of the early Christian disagreements and the ecumenical councils that worked to harmonize the church catechism.  But on the whole, this section of the book feels like it should have been a book on its own, and expanded to better feature the major players.

In 476 AD, the last of Rome's emperors, known as "Augustulus" was deposed by a barbarian general, the son of one of Attila the Hun's henchmen. With the imperial vestments dispatched to Constantinople, the curtain fell on the Roman empire in Western Europe, its territories divided among successor kingdoms constructed around barbarian military manpower.

But, if the Roman Empire was dead, Romans across much of the old empire still lived, holding on to their lands, their values, and their institutions. The conquering barbarians, responding to Rome's continuing psychological dominance and the practical value of many of its institutions, were ready to reignite the imperial flame and enjoy the benefits. As Peter Heather shows in dazzling biographical portraits, each of the three greatest immediate contenders for imperial power--Theoderic, Justinian, and Charlemagne--operated with a different power base but was astonishingly successful in his own way.

Though each in turn managed to put back together enough of the old Roman West to stake a plausible claim to the Western imperial title, none of their empires long outlived their founders' deaths. Not until the reinvention of the papacy in the eleventh century would Europe's barbarians find the means to establish a new kind of Roman Empire, one that has lasted a thousand years.

A sequel to the bestselling Fall of the Roman Empire, The Restoration of Rome offers a captivating narrative of the death of an era and the birth of the Catholic Church.

Here are links to the Kindle and Hardback editions of The Restoration of Rome at Amazon.com:

Here are links to Peter Heather's other books at Amazon.com:

Curious about Theodoric and the Goths?  Here is a 10 minute video, the first part of 6, that talks about when the Goths took over Rome:


Curious about Justinian?  Here is 15 minute history video to give you an overview:

Khan Academy has a two video lessons on Charlemagne.  Here is the link to the first video:

Read an interesting interview with the author at The New Yorker site.