Her Italian Millionaire by Carol Grace 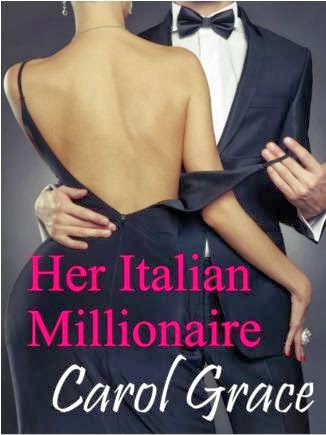 Her Italian Millionaire is an entertaining, fantasy-filled, romantic suspense novel, with some racy love scenes, so, not for children.  While racy, the scenes do not cross the line into pornographic, in my humble opinion.  If you enjoy light, female protagonist, romantic suspense films, you should enjoy this novel.

Anne Marie, a forty-one-year-old U.S. American has been ditched by her husband for a much younger woman.  To heal her feelings of abandonment and her damaged self-esteem, Anne Marie seeks out a high-school crush, an Italian exchange student, Giovanni, in Italy! 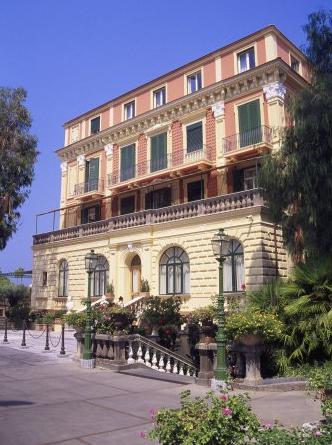 
While a dreamer about the love she might find in Italy, Anne Marie is also realistic:

If he was afraid she'd expect him to be her tour guide the way he'd promised so long ago, he didn't have to worry.  She had no such unrealistic expectations.  She was a grown-up, divorced woman now, on her own.  She'd gotten herself this far, she could get herself around Italy too.

From the start of her trip, her flight, things do not go as planned, setting off a chain of events that put Anne Marie in danger.  Luckily for her, handsome, forty-year-old Marco dogs Anne Marie every step of her way to meet the old friend.  In well-written segments, often rich with humor, from both Anne Marie's perspective and Marco's perspective, we follow the romantic adventure to its romantic ending.

If you have never been to the Sorrento area of Italy, where part of this novel takes place, or if you have and wish to be reminded of its beauty, here is a two minute video postcard of the area.

Anne Marie is prone to flights of entertaining fancy, but she also offers some interesting observations about Italian life.  For example, she wonders about Marco, opposite her in a restaurant, moments after his date has slapped his face and stormed out:

He ate with such gusto he must have forgotten the violet incident with his date.  Maybe they argued often, flew into rages, stormed out of restaurants and got it out of their system.

Maybe it was a better way to deal with disagreements than years of silence, of bottled up resentments and hard feelings until it was too late to salvage a relationship.

I found myself thinking of the film Serendipity, which was about a woman who had her fortune read as a child, and then fate made the fortune come true.  This thought became magnified when a fortune-teller made an appearance in Her Italian Millionaire, told Anne Marie's fortune, and then the fortune gradually came to pass. 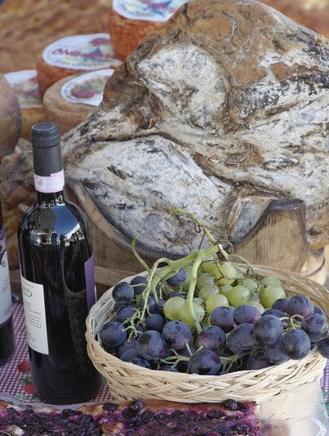 
While the point-of-view alternates between Anne Marie and Marco, this is really Anne Marie's story from the beginning to the end.  Her character feels real, and her engaging personality draws you into her fantasies.  Like this one, in the backseat of a limo:

When she got there she'd ask to ride one of the horses.  Then she'd gallop across the fields, the wind in her hair, the power between her legs thrusting forward.  The horse would snort and breathe heavily as she raced toward the sea, at one with the animal.  She'd hear the pounding of hooves behind her.  She'd turn her head and see another horse and rider gaining on her, getting closer and closer still.  Who would it be?  Marco?  Giovanni?

The driver said something, and she was back in a limo and not on a horse, which was probably better since she'd never been on a horse in her life.

Midway in the novel, Anne Marie finally reunites with her childhood crush, Giovanni, without the hoped for earth-moving results.  Alone again with Marco, Anne Marie and Marco begin to get to know each other, and to realize their mutual attraction, including two racy sex scenes, and a few tongue-twisting kissing sessions!  If they are too racy for you, they are only a few pages long, so you can easily skip them. 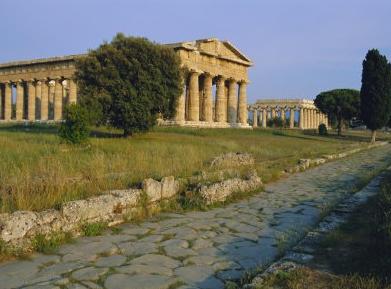 
Handsome Marco, jaded after twenty years of women throwing themselves at him, and trying to trick him into marriage, finds Anne Marie refreshingly easy-going and natural, a modest natural-beauty, seemingly innocent and honest.  Anne Marie is also vulnerable, and prone to tears, and the product of a very narrow life up to the present.  She is in need of protection, which Marco provides.

An adventure, a romance, a fantasy for a divorced, forty-one-year-old woman, in Italy, trailed by a handsome Italian man:  Her Italian Millionaire is a fun read.  Don't expect literature or a complicated plot.  This is a light read, a beach read, a guilty pleasure read.  The only thing I would change, if I could, would be some of the language used during the love scenes, to make them a bit less explicit, because I think that would fit better with the overall tone of the book.  And the sex should have been safe sex.  If you enjoy Carol Grace's style, she has published over thirty romance novels! 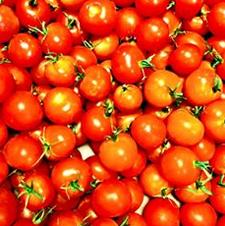 Anne Marie Jackson has always dreamed of visiting Italy ever since she shared her first kiss with a dashing Italian exchange student in high school.  Now, one divorce and one postcard from Giovanni later, Anne Marie follows her heart to Italy, where her former flame has promised to show her the sights.

Giovanni is elusive but Marco Moretti, a mysterious, handsome Italian, seems to be everywhere.  The persistent, irresistible Marco wants to find Giovanni as badly as she does so they team up to find him.  And on the way they find something they didn't expect - love, Italian style. 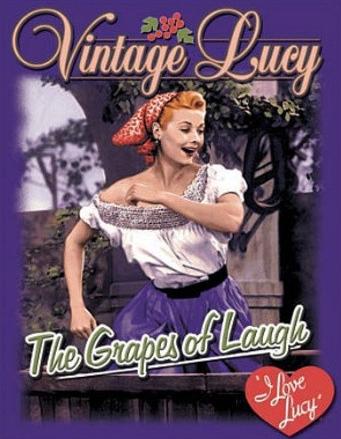 
Carol Grace's e-books are available in various formats from the on-line e-book shop, Smashwords.  If you live outside the U. S. purchasing the Kindle-mobi from Smashwords can be less expensive than via Amazon.com, because Smashwords does not add a non-U.S.-surcharge.

Direct link to Her Italian Millionaire e-books at Smashwords

Direct link to the Carol Grace author's page at Smashwords