Pizza on the Grill by Elizabeth Karmel and Bob Blumer 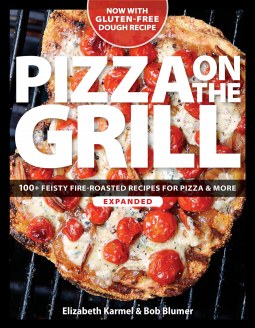 The subtitle of this book is 100+ Feisty Fire-Roasted Recipes for Pizza & More, Expanded.  This is the second edition of Pizza on the Grill, updated to include gluten-fee pizza dough and recipes to keep up with food trends.

The authors consider grilled pizza a "life-changing" experience.  What is it about pizza that provokes passion in people?  I've seen it many times before, although the authors' references to religion in the introduction struck me as disrespectful.  The authors' passion is to make spectacular pizzas possible for everyone with a BBQ grill.  No longer do you need an expensive wood-burning pizza oven to get the real deal. 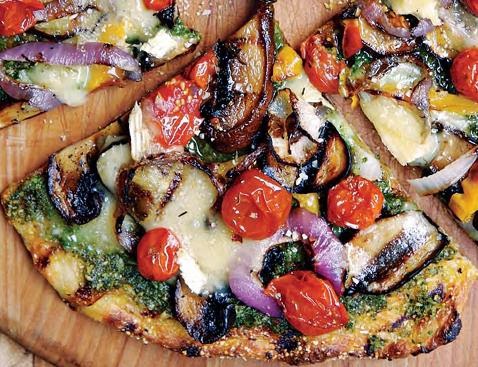 So, what does grilled pizza crust taste like?  According to the authors (I've not yet tried it) grilled pizza is smoky and crispy, exactly the combination that makes wood-burning pizza ovens so special.  In the photographs, however, the pizza crust looks more like a well-oiled cracker than a puffy, crispy pizza crust.

Many of the pizza recipes are eclectic and unusual, catering to all tastes with, as the authors say, "non-traditional toppings and funky cheeses".  There are recipes for the classic pizzas, and for veggie, seafood, meat and meatless pizzas, and for breakfast and dessert pizzas.  The authors rightfully concentrate on getting the maximum flavor from each ingredient.  There are beverage suggestions, and there are recipes for more than pizza in the book:  snacks, salads, sauces and toppings. 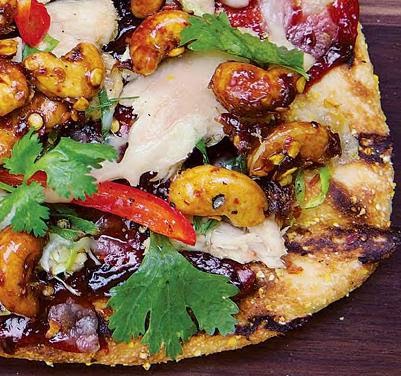 The basic techniques of grilling pizza on a BBQ are well explained and accompanied by helpful photographs.  It seems that you need to grill the well-oiled crust NOT directly over the heat, then flip the crust over, and only then put on the toppings.  There are many beautiful and helpful photographs in Pizza on the Grill, most in color, some in black and white.

The writing style of the book, which I received as a review-copy, reminds me of a tele-sales show:  alternately conversational, hyperbolic, informational, inspirational, and folksy.  The ingredient quantities for the toppings seem to large, but that is a personal taste and health issue, and the quantities can be adjusted by each chef. 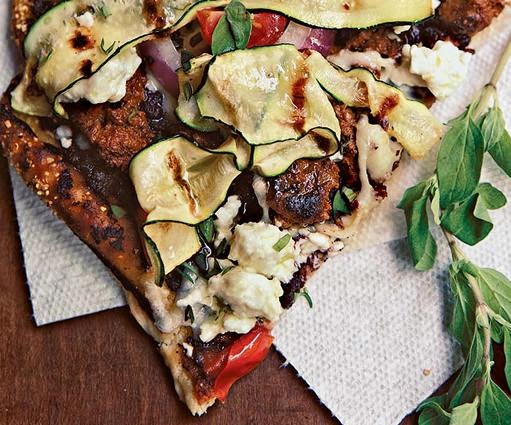 Just a note:  the technique of cooking pizza on a BBQ grill not directly over the heating units or coals means that your pizza will not be round if you are cooking on a round BBQ; only a very large rectangle shaped BBQ will allow for a round pizza.  Also, pizza-cooking on a grill works seems to be easier on a gas grill.  Or you can use a circular cast-iron pizza pan over the coals of a round BBQ for the best result. 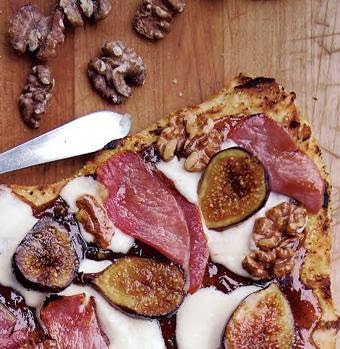 Americans love pizza and Americans love to grill--put them together and you have your own at-home version of a wood-oven pizza, straight from your gas or charcoal grill.

In this expanded edition of the original best-selling Pizza on the Grill, homemade gluten-free pizza dough and 10 inventive gluten-free pizza recipes accompany another 50 creative recipes for delicious pizzas, including kid-friendly, dessert, and knock-your-socks-off ingredient combinations.

Each recipe contains drink suggestions.  Nibbles to nosh on while the pizza is grilling as well as salads to serve with the pizza make this a one-stop resource.

In addition, the book provides dough recipes—including a to-die-for gluten-free dough—with step-by-step instructions and photos for working with gluten-free and regular pizza dough. 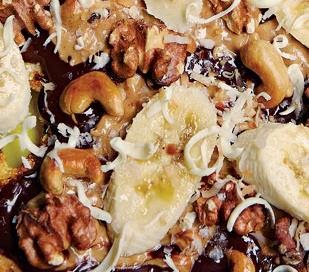 Pizza on the Grill is published by The Taunton Press, whose slogan is Inspiration for hands-on living.

Direct link to Pizza on the Grill at TP


Here is a direct link to Pizza on the Grill at Amazon.com:


I searched for a video of the authors demonstrating their pizza-grill technique, but found none.  Instead, here is a video by The BBQ Guys:

Email ThisBlogThis!Share to TwitterShare to FacebookShare to Pinterest
Labels: Cookbook