The Towers of Tuscany by Carol M. Cram 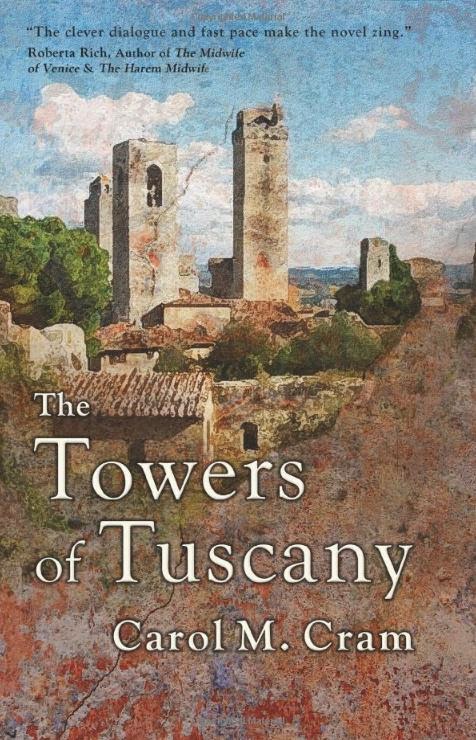 The Towers of Tuscany is a fictional biography of an Italian woman born in the early years of the Italian Renaissance, or the late years of the Middle Ages, depending on your classification.  Sophia is born in the Tuscan town of San Gimignano.  The daughter of a painter, Sophia learns her father's craft, even surpassing her father in accomplishment, but because she is a woman in an institutionally misogynistic society, she is forbidden from practicing the profession openly.

The Towers of Tuscany is divided into three parts: 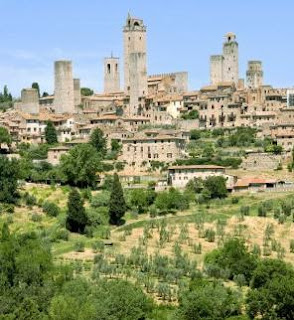 The town used to boast over 60 towers.

The sense of place, San Gimignano and Siena, is very strong in The Towers of Tuscany.  Reading the book, I felt I was walking the streets of the medieval towns, and looking at the art that adorns them.  The book is rich with historical detail, and rich with artistic detail that might not be of interest to all readers, but they are certainly well-researched artistic details.

We first meet Sophia when she is a married woman in her early twenties.  The author leads us along the next years of Sophia's life, filling in her past using flashback sequences.  The historical novel ends with Sophia's presumed death.  An Epilogue gives an otherworldly ending to Sophia's story as an artist. 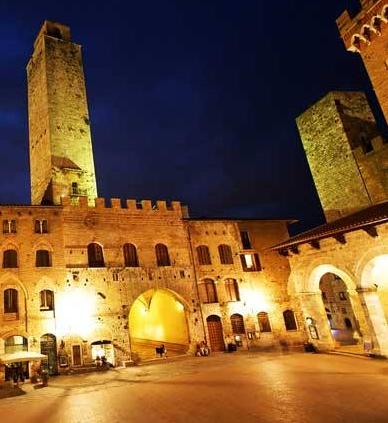 Art is the driving force of The Towers of Tuscany, and for the character of Sophia.  I felt compassion for the woman and sympathy, but overall, I did not like Sophia, just as it is difficult to like driven people in any time and any place.  Driven personalities do not make particularly nice people.  They are self-centered and selfish.

Like most women in her misogynistically repressive time, Sophia's life was limited, difficult, and at times horrendous.  She suffers violence and rape at the hand of her husband.  Despite her efforts to do so, Sophia is not allowed to choose when and how often she becomes pregnant, but she is saved from an early death from the exhaustion and difficult childbirths that is the all-too-often result of continual pregnancy.  That does not mean the book is death free.  On the contrary, death is frequent and bloody throughout the book. 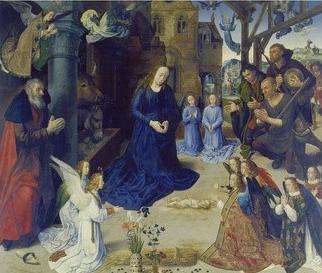 Early on in The Towers of Tuscany we learn that Sophia is suffering severely from her loveless and violent situation.  She is described as having serious psychological problems, including self-harming tendencies, and violent fantasies of murdering people.  When a chance to escape her situation occurs, Sophia is forced into living in another psychologically damaging situation.  There really is no escape for this poor woman.

Being a biography, the book cannot escape being episodic.  It reminded me of the historical novels by the late author F. Marion Crawford.  I have a page about the man on this site, with links to many of his books as free e-books.  The old-fashioned feel of the style of the book is in contrast to the feminist subject matter. 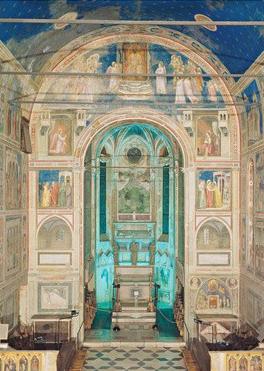 Sophia is a fresco painter like her idol Giotto.

The rape scene is horrific.  The sex scenes are suggestive but not explicit.  At a certain point I found myself thinking of the French film The Return of martin Guerre, that was made in English, by and starring Jodie Foster, as Sommersby.  If you enjoyed those films, and you enjoy historical novels with female protagonists, you should like The Towers of Tuscany.  The author provides Questions for Discussion at the end of the book, as well as historical resource information.


Here is a two minute guide to San Gimignano, little changed over the centuries, by travel writer Rick Steves:


From the book's description, which gives away too much of the plot in my opinion:

Set amid the twisting streets and sunlit piazzas of medieval Italy, The Towers of Tuscany tells the story of a woman who dares to follow her own path in the all-male domain of the painter’s workshop.

Trained in secret by her father to create the beautifully-crafted panels and altarpieces acclaimed today as masterpieces of late medieval art, Sofia’s desire for freedom from her father’s workshop leads her to betray her passion and sink into a life of loveless drudgery with a husband who comes to despise her when she does not produce a son.

In an attack motivated by vendetta, Sofia’s father is crushed by his own fresco, compelling Sofia to act or risk the death of her soul.  The choice she makes takes her on a journey from misery to the heights of passion—both as a painter and as a woman. Sofia escapes to Siena where, disguised as a boy, she paints again.  When her work attracts the notice of a nobleman who discovers the woman under the dirty smock, Sofia is faced with a choice that nearly destroys her.

The Towers of Tuscany unites a strong heroine with meticulously researched settings and compelling characters drawn from the rich tapestry of medieval Italy during one of Europe's most turbulent centuries. The stylishly written plot is packed with enough twists and turns to keep readers up long past their bedtimes. 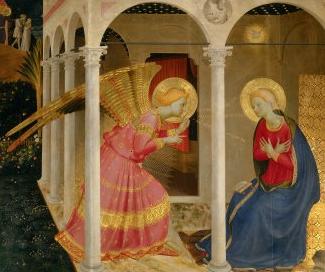 
The Towers of Tuscany is published by New Arcadia Publishing.

New Arcadia Publishing is a new, independent publisher interested in publishing novels that relate in some way to creativity and the arts.  (They accept unsolicited submissions.) 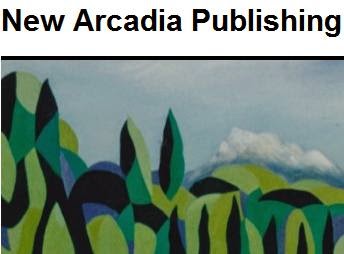 Direct link to The Towers of Tuscany at NAP

The book is available as a paperback and Kindle e-book from Amazon.com.  Here are direct links to the two editions of The Towers of Tuscany: 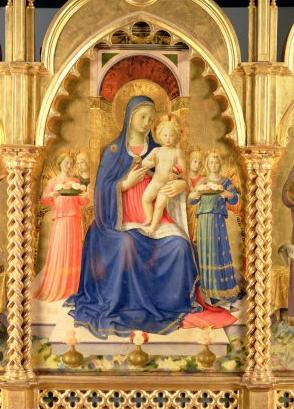