The Paradise of the Devils by Franco Di Mare 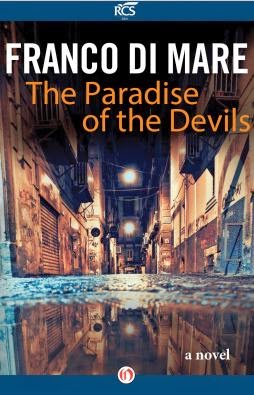 The Paradise of the Devils is a translation from Italian of the novel Il paradiso dei diavoli, about life in Naples, Italy.  The book begins with a Camorra hit-man who turns out to be the book's protagonist.  The author uses Homer's technique of pausing the action to recount a character's history, then clicking "play" to continue a scene, so prepare yourself for a poetic journey through this well-written book.

We meet plenty of other characters in the book, including a psychopathic killer, a middle-school teacher who lives with endless disappointments, a gang leader, a mother and her dreams for wealth through her twelve-year-old daughter, that daughter grown up and become a gangster's moll, a reporter. 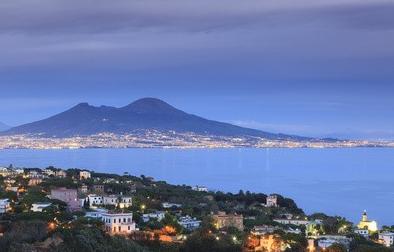 I must say that the book feels less like a novel and more like a collection of short stories.  Some chapters could stand on their own, just fine, in a literary magazine.  Together, however, the stories take the shape of the story of a guilt-wracked, damaged young man, who becomes twisted by the lack of morals around him, and the easy proximity of everyone in Naples to crime.

All the way through the book there are ruminations on lots of interesting things, but mostly on Naples and her people.  The most scholarly rumination is this one:

In truth, the city's endemic problems had already been analyzed in depth by an American sociologist in the 1950s, Marco recalled, groping in his mind for the guy's name.  Yes, it was Edward Banfield, who had coined the idea of "amoral familism" and lack of "social capital," whereby in southern Italy--and Naples was its undisputed capital--illegality was virtually the norm.  The interpretation of the law was "highly flexible," so to speak.  According to Banfield, the only rules people respected were those that did not contrast with the interest of one's own family, group, or clan.  Anything and everything else was totally disregarded.  That was the way things were, and no one marveled a tit.  In this fertile ground, the evil weeds of criminality inevitably took root.  People would look the other way or steer clear if they saw something amiss.  The basic philosophy of life seemed to be:  What do I care?  It's none of my business. 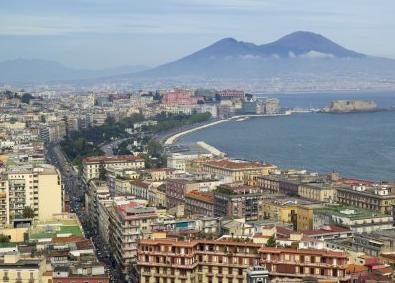 We learn about privileged children through the eyes of their poorly paid, demoralized teacher:

...apathetic, spoiled rich kids who had no interest in philosophy, history, books, or culture of any kind. ...their sole basic needs consisted of smartphones, texting, MP3 players, teenage crushes, automobiles, and designer clothes. ...

Their entire lives were guaranteed from the day they were born, each one with a place ready for them either in some professional firm or in the family business.

We learn a lot about Neapolitans:

"the Neapolitan path to Stoicism"

"austerity and rigor on one side, and pompousness...on the other" 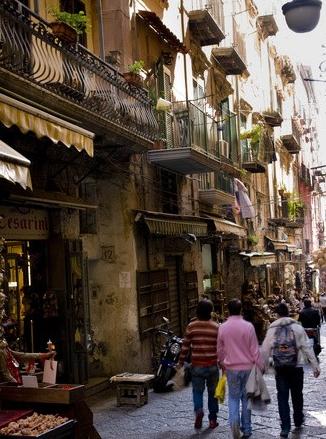 We learn about Naples:

Naples natural beauty, its position on the beautiful Bay of Naples was something "to forget the many things wrong with the city".

...the city of Naples was like this:  wonderful from a distance, but when seen close up, it was fragmentary, indefinable, and coarse. ...the "paradise of the devils" that Benedetto Croce cited in a famous essay that her old professor of literature quoted all the time...

...the crowds, the chaos, the market stalls, the beggars, the parades of the unemployed, the general hubbub of the ancient decumanus, the muggers and thugs, the piles of rubbish, the loafers, and the worst traffic in Europe.


Never been to Naples?  Here is a two minute video postcard of Naples:

Sometimes the inclusion of the characters' trips through Naples read like a car's navigation system, but they do add local flavor to the story.  There is lots of local flavor in this story, with detailed digressions about neighborhoods and local gangs and famous characters.

The author skillfully moves his characters back and forth in time, revealing things about them at his own speed, and for his own reasons.  You just have to hang on and go for the ride.  It is an interesting ride, full of insights into human nature, and especially insights into the complex, damaged Naples and her Neapolitans. 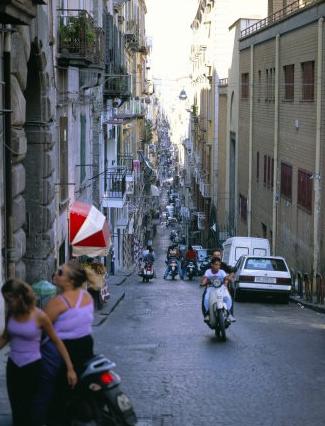 Naples is a city with two sides: the sun-kissed coast and the shadows of the back alleys. It is at once beautiful and full of suffering. It is the paradise of the devils.

This novel by Franco Di Mare is a mournful hymn of love for Naples and the compelling story of its eternal contradictions. A vivid and dreadful portrait of the city, setting the stage for a diverse cast of characters, from Carmine—a man with a double soul, a refined intellectual and a hit-man—to the men who take part in a bloody showdown.  The reporters, the housewives, the killers are all in some way tainted by the evil that inhabits the most beautiful gulf in the world. 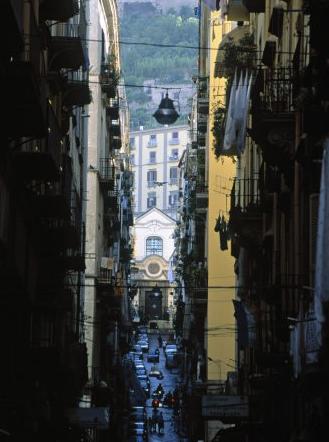 The Paradise of the Devils is published by Open Road Media.

Direct link to the author's page at ORM

Here is a direct link to The Paradise of the Devils at Amazon.com: 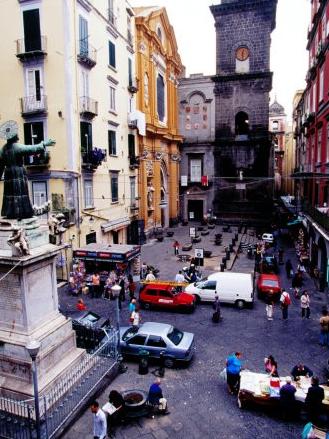