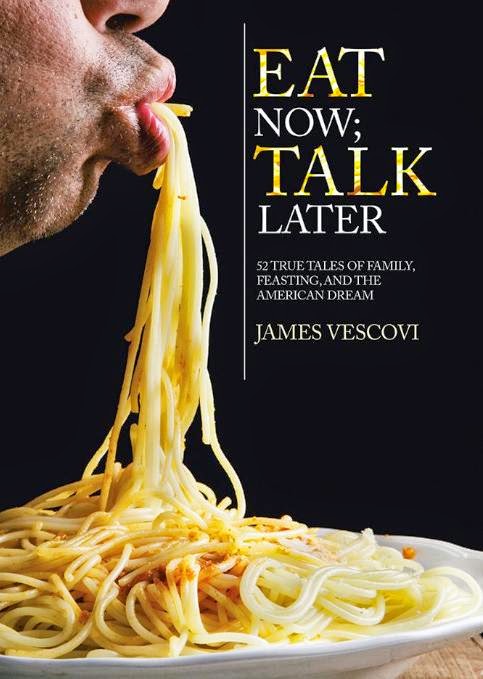 Eat Now; Talk Later is a collection of stories that make up a memoirs-biography about the author's grandparents, who emigrated to the United States from Italy in the 1920s.  The subtitle of the book is 52 True Tales of Family, Feasting, and the American Dream.

I review the book here, but to get a good idea of what I refer to, you can view this well-made, four-minute book trailer in which the author describes his book:

Antonio (Tony) and Desolina were born circa 1900 and passed away circa 2000.  Their move to The States was for the proverbial "better life".  The author writes that the essays have "a universal quality about them", and that they are "about what it is to be human".

A poorly educated "peasant" man emigrates to earn better money.  He sends money to his impoverished family back home, while trying to save up to return home with enough capital to live comfortably.

The man, realizing that it will be difficult to earn enough to live comfortably back home, because "back home" is so economically depressed and socially unstable, decides to marry his childhood sweetheart and emigrate with her. 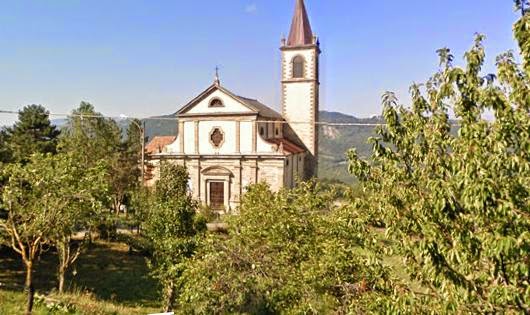 The village church of Casaselvatica, the grouping of a dozen or so stone houses south-west of Parma, from which Tony and Desolina emigrated.  Today, the homes are restored and used mainly as vacation homes.  Amazingly, you can view the most of the town using Google-Street-View!  Oh, how times have changed since Tony and Desolina's day!


The couple's children help their parents deal with the world around them, and to cross the language divide.  The children get the education and healthy diet that the parents were denied, so the children grow up to be much smarter than their "peasant" parents.

With their children grown, and the man retired, the couple consider moving back home.  However, grandchildren, social stability, and force of habit keep them in their adopted country.  Later, old age keeps them near their children for comfort and care.

The couple's grandchildren seek to reconnect with the family's heritage.  Modern travel and economic growth and stability "back home" let the grandchildren explore the place from which their grandparents escaped. 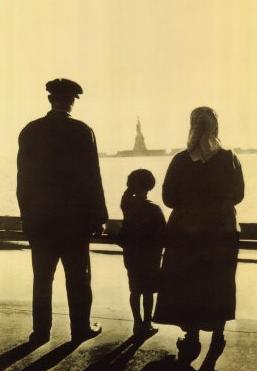 This immigrant cycle is continually replayed around the world, and it is often criticized by people ignorant of the realities of immigration.  These essays help explain why that first generation to emigrate has such difficulty with integrating into their new society, and why their children suffer greater stresses than the children of non-immigrants.

I noticed some reviewers of Eat Now; Talk Later, which I received as a review-copy, mentioned how "funny" they found the stories in the book.  I did not find the essays funny, but I suspect that is because I felt an extra sympathy with Selvi, the couple's only-child.  I had a close friend who was the child of an immigrant, from Italy.  I witnessed my friend's long-term suffering from the emotional blackmail that her elderly mother exerted over her.  Behind all the stories about Tony and Desolina, I had Selvi and my friend in mind, so the stories took on more of a bitter-sweet quality for me. 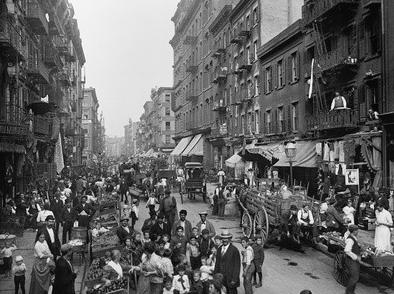 Mulberry Street, center of the Italian district in New York City, circa 1900, twenty or so years before Tony and Desolina emigrated to America.


Because Tony and Desolina had emigrated out of poverty, they were especially grateful for America's abundance of food.  All their long lives they put food first, above all other needs.  The book's title is emblematic of this priority, Desolina's command at the dining table:  "Eat now; talk later".

When asked by the author what they liked best about America, the elderly couple answered that they could eat in America "every day like it's the Sagra".  The Sagra was the hog-killing festival in their village, which still takes place in some southern Italian villages, that was accompanied by one evening of eating like the padrone.  American, to Tony and Desolina, was the place they could have a full stomach every day of the year. 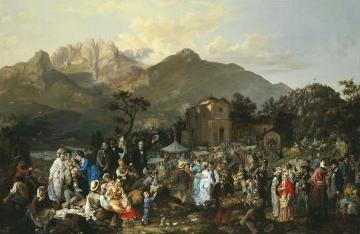 This is a print of a painting from 1878 of La Sagra Del Paese, depicting the carnival-like atmosphere of a small, Italian town's Sagra.  If you click through to Allposters, you can view a larger image and see the incredible details the Italian artist included in his painting.


The author's affection for his grandparents is touching.  He tells us that:

None of my friends had grandparents like these. ... Tony and Desolina were exotic.

Part of the affection comes from the reception received by Tony and Desolina:

...no matter how frequently we came, when we arrived, they acted as if we had been away one hundred years.

Why couldn't Tony and Desolina integrate better into their adopted country?  Like many economic immigrants from very poor areas, Tony and Desolina were barely literate, and they were lacking in the social skills necessary for living outside of one's family group.  As the author tells us:

Desolina and Tony had attended one-room schoolhouses until the third grade.  ...  According to Tony, there were hardly enough pencils and sober teachers to go around. 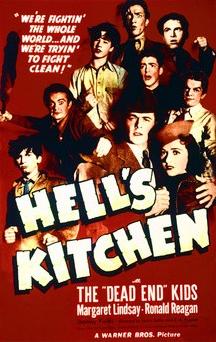 The evocatively-named neighborhood in New York City is where Tony and Desolina lived for the first phase of their lives in America.  The Irish/Italian district was depicted in film as a tough, working-man's neighborhood.


Eat Now; Talk Later is well-written and well-edited.  The author's voice is engaging, as is his sympathy for his father, Selvi.  While he loved his grandparents, he saw clearly how their old-world demands on their new-world son took a toll on the man.  The photographs included with the text are lovely additions to the book.  As always, I would like more photographs, but maybe that's just me.  And it may be just me on this one, too, but I don't like the book's cover; I think it is rather gross.  But, to each his own!

As an extra bonus, the author includes a few of his grandparents' favorite recipes, worked out by the younger women in the Vescovi family.  The instructions are rather romantic, for example:

Handle the dough lightly, with humor, sing to it, but not too much. 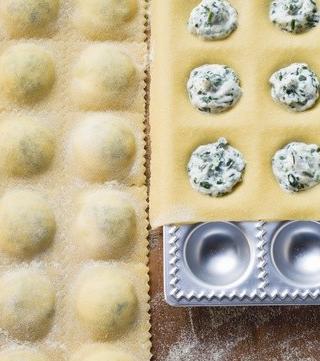 Are you quick to criticize immigrants for sticking to their home-country ways?  This book can offer you a glimpse into the reasons why that is the case, hopefully creating in you greater compassion for people who have given up so much in the hope of gaining just a little bit more to eat, and more security for themselves and for their children. 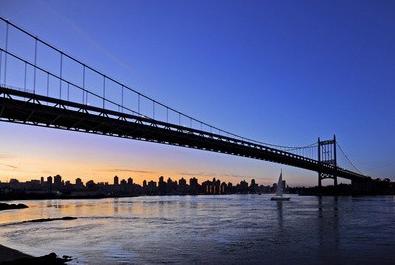 The Robert F. Kennedy Bridge Is Seen at Sunset from Astoria Queens in New York USA.  Astoria-Queens, across the East River from Manhattan, was home to Tony and Desolina in the second phase of their life in America.


Eat Now; Talk Later is published via AuthorHouse at Authorhouse.com.

AuthorHouse is the leading provider of supported self-publishing services for authors around the globe, with over 60,000 titles released.

The book is also available via Amazon.com in paperback and as a Kindle e-book.  Here are direct links:


Visit the author's website for book extras.  And you can enjoy a multi-part presentation by the author at YouTube, from a Festival at which he recounts some of the stories from the book from both his perspective and his father's perspective. 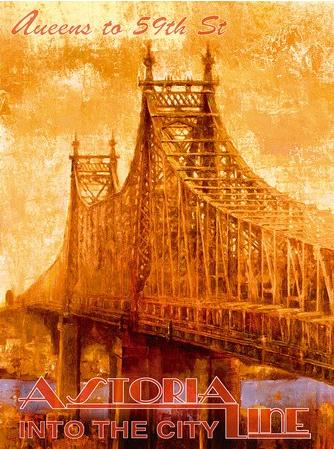