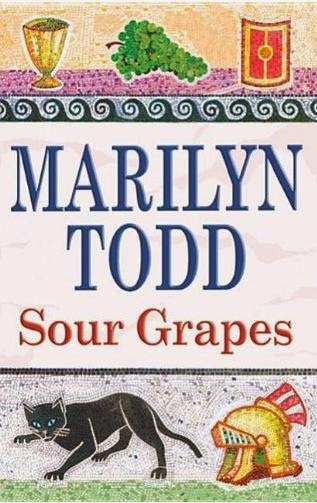 This mystery series, the Claudia Seferius Mystery Series, set in Ancient Rome under Caesar Augustus (circa 10-15 b.c.) runs for 13 books.  These are not cozy novels, despite the books' deceptively cozy covers.  All the novels feature perverse sex and sex crimes.  The books also gloss over the institutionalized sadism of Roman society, especially slavery.

The protagonist, Claudia Seferius, is a former prostitute, who does not hesitate to return to her former profession when short of cash.  The newer e-book editions have slightly more suggestive covers. 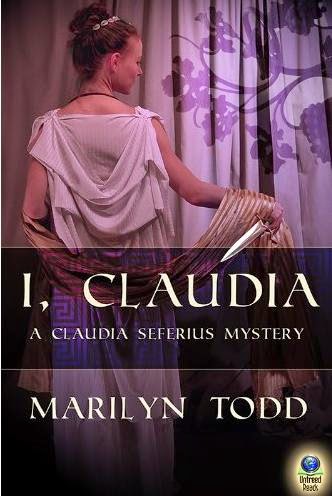 Claudia manages, at the age of 18, to become the trophy wife of a rich wine merchant.  The man dies soon after.  Claudia defies the paternalistic Roman society, and the powerful Wine Merchants Guide, and takes over the running of her husband's wine business.  She thus becomes the financial provider, the head of household, for her late husband's mother, sister, daughter and brother--in-law.

As the need comes up (which is does in each novel, of course), Claudia also investigates crime, sometimes with the help or obstruction of a Roman official, Marcus Cornelius Orbilio, who has the hots for Claudia.

That is the premise of the series, and the "romantic" element, actually, the lustful attraction, between Claudia and Marcus, is not resolved until the final book.  The first book sets up the characters and the premise, and they are explained again near the beginning of each book of the series. 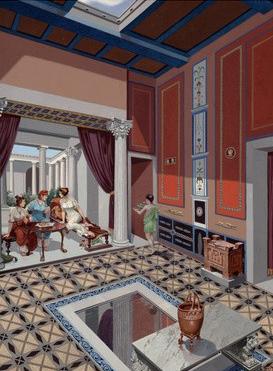 From the description of I, Claudia, from the new e-book releases:

First in the Claudia Seferius mystery series, set in 13 B. C. and available for the first time in ebook format!

Claudia Seferius has successfully flattered her way into marriage with a wealthy Roman wine merchant. But when her secret gambling debts spiral, she hits on another resourceful way to make money - offering her “personal services” to high-ranking Roman Citizens.

Unfortunately her clients are now turning up dead - the victims of a sadistic serial killer.

When Marcus Cornelius Orbilio, the handsome investigating officer, starts digging deep for clues, Claudia realizes she must track down the murderer herself - before her husband discovers what she's been up to. 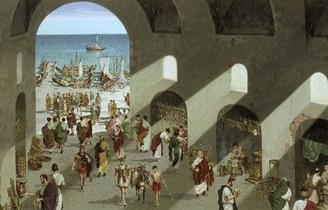 The books in the Claudia Seferius Mystery Series are: 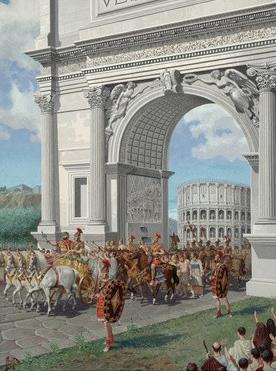 I cannot stress strongly enough that these are not cozy (or cosy, since this is a British series) novels.  They are as sexually vile as David Hewson's novels.  Sour Grapes alone features homophobia, pedophilia, incest, and rape.

From the description of Sour Grapes:

The latest adventure for the glamorous Roman sleuth Claudia Visiting her stepmother at the family estate in Tuscany, Claudia is concerned at the gaggle of hangers-on surrounding the old lady.  And what of the series of recent local murders, and the mishaps that have befallen a number of people?  Amidst the mysteries of the local religion, could the god Fufluns be working some plan; or even Veive, the god of revenge?  Or are there even more sinister forces at work? 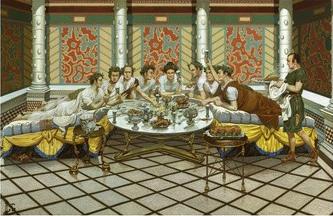 Claudia's character is unpleasant:  driven, self-centered, unprincipled, curt, harsh, snarky, profligate, mercurial and superficial.  But she is gorgeous, and vain enough to invest money in remaining gorgeous.  Marcus admits he does not love Claudia, and realizes he is drawn to her nasty nature and loose sexuality; he has a bad-girl complex.

For Marcus, Claudia is:

"a wildcat with dark flashing eyes, rebellious curls and a tongue that could flay skin from a stone"

"a girl who took life's corners on two wheels" 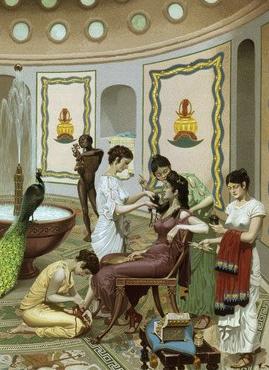 For fans of historical fiction set in Ancient Rome, the author includes lots of historical facts, and works hard to bring the past to life for the reader.  Having a female protagonist means that the focus is often on the poor position of women in Ancient Roman society; women were second-class citizens in a paternalistic and misogynistic society.

Stylistically, the books follow the cozy formula:  a wide cast of suspect characters are introduced, a crime surfaces, Claudia investigates and gets into a dangerous situation, and she eventually succeeds in bringing the guilty to justice.  I found the punctuation odd.  The author seems to have something against colons and semi-colons, using periods instead.  I found the fragmentary sentences distracting.

There are many fans of this series.  As you can probably tell from my review, I am not one of them, but to each his own... 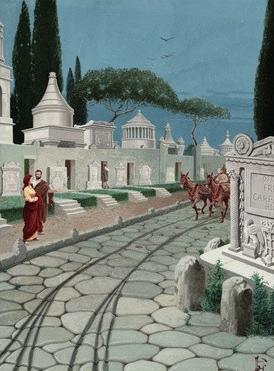 Because the books have been in print for many years, you can easily find second-hand copies of the paperback print editions.  Check on-lines shops or your local second-hand bookstores.  Here is a link to Better World Books, an on-line second-hand bookseller that ships worldwide for free.

Here are direct links to the first 7 books in the series, which have now been released as Kindle e-books and are available at Amazon.com:


Here are two wonderful simulations of an Ancient Roman house.