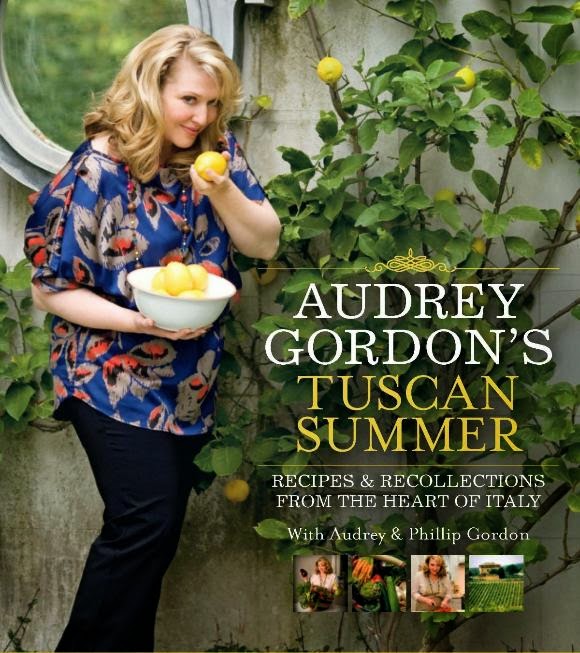 What this book does not mention, which it really should, is that this is a send-up.  Audrey Gordon's Tuscan Summer features an actress playing a comic role she created for Australian television.

Audrey Gordon is a spoof of British star chefs who are more interested in pampering their over-sized egos, selling products on which they get a percentage, and getting paid to vacation in Italy with the excuse of "research" for a new book or TV show.

"A trip would be a chance for us to step out of the limelight, to get away from the pressures of public life and enjoy a quite, private break together.  And then write a book about it."

Here is the actress plugging this book in a quick video book blurb:

The first-person narrative is a purported diary that dim-witted egotist Audrey kept while in her new Tuscan vacation home, with her husband.  Audrey manages to use and abuse everyone in her path, with obliviousness and arrogance joyfully overflowing.

"I love Italy.  For hundreds of years, if not centuries, the people of italy (Italians) have been living here."

We are treated to lots of glamour shots of Audrey in the kitchen looking far too stylized to be real shots of someone cooking, which might remind readers of a certain British Domestic Goddess.

"Whether it was the wonderful Italian light or the sound of someone using the lavatory next door, Phillip and I both woke early." 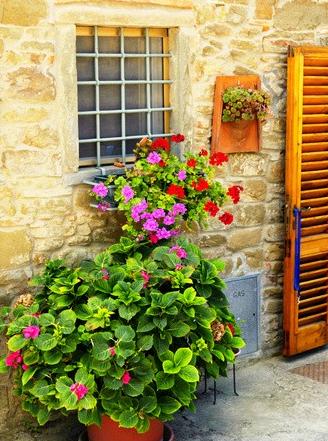 There are even a few recipes included in the book.  The Acknowledgement section alone is a deadly send-up of many an egotistical author's notes.  And we are treated to lots of inappropriate information such as her sex-life and why she fired her assistant.

The eleven or so recipes are filled with humorous asides and comments by Audrey, like:

"...if you can't find any grappa, half a cup of cough medicine should achieve similar results."

Audrey, lacking in any self-awareness, calls herself: 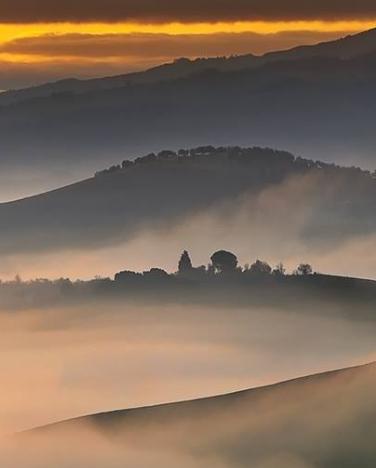 From the Conversion information:

There are lots of tactless comments my Audrey on subjects such as immigrants, death, Americans, poor people, Italians, mental health, police, her friends, her husband, her employees...

"If you are cooking for big eaters (or Americans), you might consider doubling the amounts."

Written humor is difficult to pull off.  I must say, sometimes the humor works, and sometimes it doesn't.  The repetitive set-up followed by the punch-line writing can get monotonous.   The level of humor is low, which can wear at times.  Some of it is truly offensive.  But overall, it is a witty book that takes a sharp satiric eye to an industry that has surely reached its peak:  the celebrity chef.

Join Audrey Gordon, voted three times Britain’s sternest chef, as she travels to the heart of Italy and shares the recipes, produce and memories of her Tuscan summer.  Visit traditional farmhouses, local trattorias and sample the stunning range of local produce on offer as Audrey shares the sights, sounds and occasionally, smells, of regional Italy.

Then sample these delights at home with the range of delicious and easy to make recipes that Audrey, inspired by Italian traditions, has created for the home cook.  This book is not directed at celebrity super chefs or haute cuisine high flyers dazzling diners in their Michelin starred restaurants.  It’s written for you, the ordinary cook, stuck at home with insufficient bench space and a set of chipped mixing bowls.

Audrey’s fervent hope is that it will inspire you, give you the confidence to believe that you can be a wonderful cook or, at very least, an adequate one. 'This book is not meant to be a monologue.  I want you to imagine I'm there in the kitchen with you, helping, guiding, prodding and – only occasionally – wrapping your knuckles with the handle of an egg whisk.'  xx Audrey 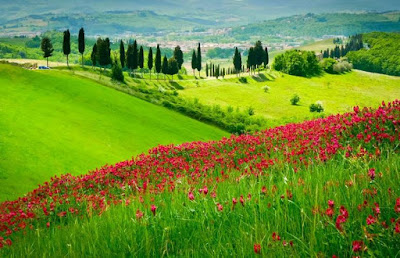 Audrey's Kitchen is a satirical television cooking series produced for ABC Television in Australia.  Each episode is only three minutes in length and features fictional writer, chef, life coach and choreographer Audrey Gordon, played by Australian actress Heidi Arena.  Here is an episode in which she makes Tiramisu to accompany this book:

Direct link to the book at HGB

Here are some quick cuts from Audrey's Kitchen, clips of some of Audrey's juiciest moments: