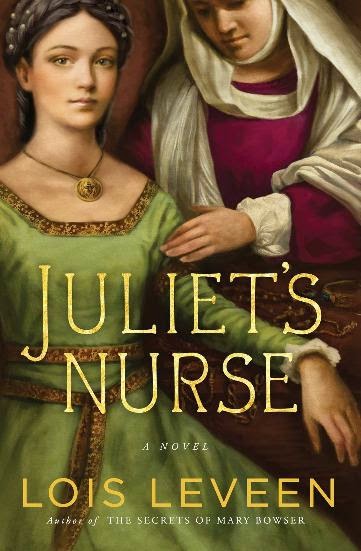 This is a richly imagined and deeply researched historical novel, set in Europe's late Middle Ages, and told in a lilting narrative voice.  The narrator is the title's Juliet's nurse, Angelica, the wet-nurse to the young Juliet Cappelletti, the daughter of a wealthy citizen of Verona, Italy.

A wet-nurse was often hired for the children of wealthy men in that era, so their wives could return to normal fertility as quickly as possible, and produce more heirs.  Wives were, for most wealthy men, no more than playthings and breeders. 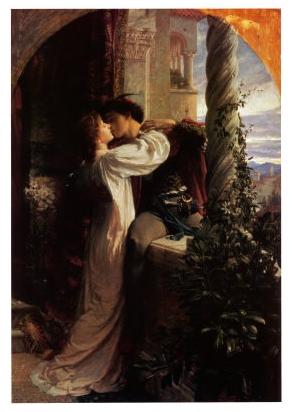 If Juliet's name sounds familiar, it is because she is Shakespeare's Juliet, from his famous play, Romeo and Juliet.  The author of Juliet's Nurse has imagined the life of Juliet's nurse, an often comic character in the play, and certainly a woman of low birth.

When the woman's difficult life is imagined and told in the first-person, however, we get to meet a real woman who has suffered not just hardship, misogynistic persecution and starvation, but the loss of all her children to disease. 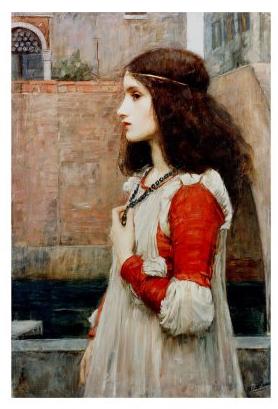 The low stature of women, and the sexual use of young girls that was common during Europe's Middle Ages is striking to our modern sensibilities, but it would be familiar to anyone living in modern Afghanistan.

Enlightened thought, and medical proof that early pregnancies and continual pregnancies can kill young women are as lacking in some of today's societies as it was in Medieval Europe, despite the proof they witnessed every day.  Women were considered expendable. 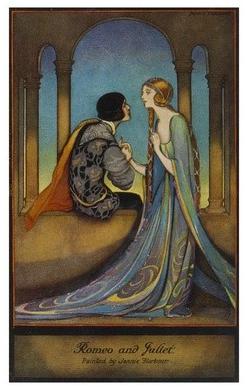 The book is divided into two parts:

Here is the narrator ruminating on thoughts that come to mind when talking with the child, Tybalt, Juliet's young cousin, another character from Shakespeare's play, for the author imagines not just the lives of Angelica, but of all the characters from the play:

How much easier it is to be poor than rich.  We are too busy scrambling to find enough to eat each day to worry ourselves over the centuries' worth of slaughtering that consumes a boy like Tybalt, who chews thick slices from the pear as he schools me about his esteemed relations.  His father is Giaccomo, and Juliet's is Leonardo, and they are brothers.  Very cunning, very courageous, and very rich, ever plotting against anyone who dishonors their nobel family.  Just like all the Cappelletti who came before them.  When I ask which man is the elder, Tybalt laughs and tells me they are too old for anyone to remember.  From this I figure that his father must be the younger, for an older brother never fails to impress his son about his rightful place in the family line. 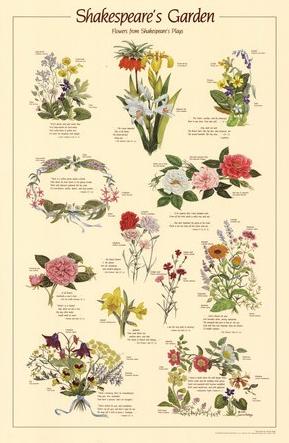 Shakespeare's Garden - Flowers From the Plays

All the characters from Shakespeare's play are present, as children and later as young men and women, or as adults and later as older adults.  You don't need to know the play well to appreciate this book, but if you are familiar with it, then you may get greater pleasure from this re-imagining of the story.

There is much history for the lovers of historical fiction to relish:  herbs, medicines, customs, food, sweets, houses, décor.  The author's research has been extensive.  But it does not weigh down the story.  Instead, it adds credibility to the tale. 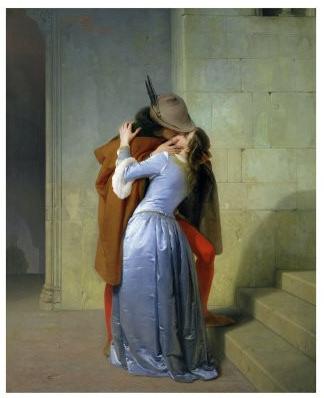 Here is a lovely part where the narrator describes her first view of Verona from on high, from a tower that is part of the Cappelletti family's home:

I know Verona as I do my own body.  Every labyrinthed passage and each loose paving stone among my parish streets.  The smell of tanneries, of public ovens, and of offal-piles.  The snorting hogs upon the piazza, and the rush of the Adige beneath the bridges.  But I've never imagined this:  that I could stand as tall as the church campaniles, watching the city's roof tiles glint in the sun, the people and animals moving between them as small as crawling insects.  The world spreading beneath me glows with the sublime beauty you see in painting of the Annunciation. 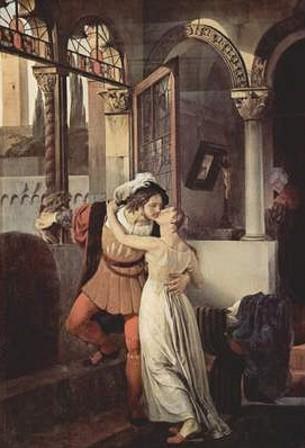 There are some twists and surprises along the way, in the story, but I won't spoil them for you. The book is well-written and well-edited, and I'm glad I requested a review copy.  It has a striking cover.  Juliet's Nurse is a quality production, with an attractive interior design that features illuminated first letters of each chapter, in the style of the era in which it is set.

I would have enjoyed more dialog, instead of Angelica's summaries of what people have said.  And some suggestion as to how illiterate Angelica's story came to be told would have been fun.  But on the whole, this was a read that took me away from the world around me and immersed me in a past that seemed a bit familiar, due to the characters I knew from the play.  I enjoyed it! 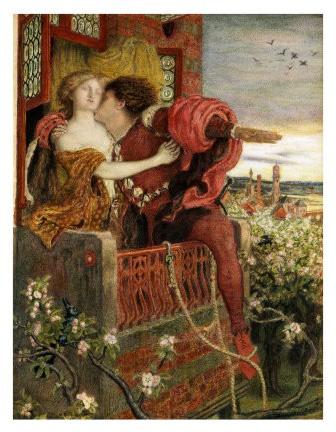 An enthralling new telling of Shakespeare’s Romeo and Juliet—told from the perspective of Juliet’s nurse.

In Verona, a city ravaged by plague and political rivalries, a mother mourning the death of her day-old infant enters the household of the powerful Cappelletti family to become the wet-nurse to their newborn baby.  As she serves her beloved Juliet over the next fourteen years, the nurse learns the Cappellettis’ darkest secrets.  Those secrets—and the nurse’s deep personal grief—erupt across five momentous days of love and loss that destroy a daughter, and a family.

By turns sensual, tragic, and comic, Juliet’s Nurse gives voice to one of literature’s most memorable and distinctive characters, a woman who was both insider and outsider among Verona’s wealthy ruling class.  Exploring the romance and intrigue of interwoven loyalties, rivalries, jealousies, and losses only hinted at in Shakespeare’s play, this is a never-before-heard tale of the deepest love in Verona—the love between a grieving woman and the precious child of her heart.

In the tradition of Sarah Dunant, Philippa Gregory, and Geraldine Brooks, Juliet’s Nurse is a rich prequel that re-imagines the world’s most cherished tale of love and loss, suffering and survival. 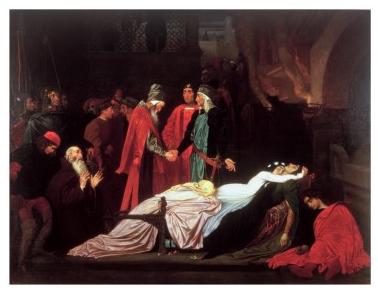 Juliet's Nurse is published by EmilyBestler Books, and imprint of Atria Books, which is an imprint of Simon and Schuster.

Emily Bestler founded her eponymous imprint, Emily Bestler Books, in 2011 with one guiding principle: to find the very best commercial fiction and nonfiction across a wide range of categories and put these books into the hands of as many readers as possible. In her words, “We are passionate about our mission of finding a book for everyone. You’ll find that our list is as varied as our readers.” 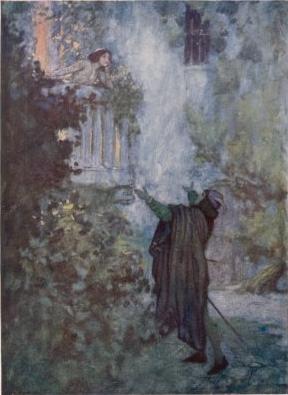