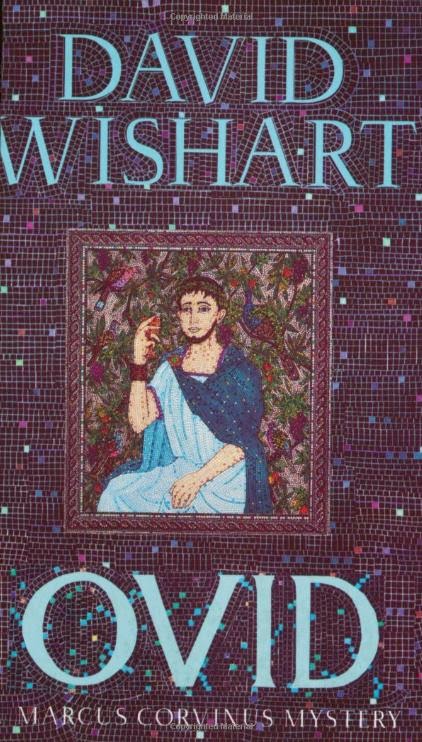 Ovid is the first book in The Marcus Corvinus Series, an amateur detective series set in Ancient Rome, during the reign of Tiberius.  Augustus, the first Emperor of Rome, was Tiberius's step-father.  The Empress Livia is Tiberius's mother, and she is still living at the time the story in Ovid takes place.  In fact we meet Livia, or Marcus Corvinus does, and we get to be the fly-on-the-wall during that odd encounter.

That is the appeal of the many series set in Ancient Rome:  to be that fly watching historical figures and life in the past.  The author provides a helpful family tree for the Imperial family, an in-bred bunch, prone to knocking each other off, if you believe the gossips.  The author supports all the gossips and their theories about Imperial nastiness, especially when it comes to Livia.  If you buy into all that, then well and good.  If you don't, well, it's fun to buy into for the time it takes to read the book. 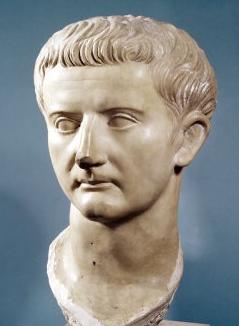 The first person narrator of the series is Marcus Corvinus himself, a fictionalize version of the real man.  Purporting to be the vulgar, slangy Latin that we know from Ancient Roman poetry and from the scraps of novels that have survived, Corvinus's narration is joyously vulgar.  The fictional conceit is that we are reading Latin that appears as English.  All the English equivalents of the Roman's bawdy, rough language are used to convey that effect.

Here are the first lines from Ovid, so you can see what I mean:

I'd been at a party on the Caelian the night before.  My tongue tasted like a gladiator's jockstrap, my head was pounding like Vulcan's smithy, and if you'd held up a hand and asked me how many fingers you'd got I'd've been hard put to give a definite answer without using an abacus.  My usual morning condition, in other words, and hardly the best state for a first meeting with a tough cookie like the Lady Rufia Perilla. 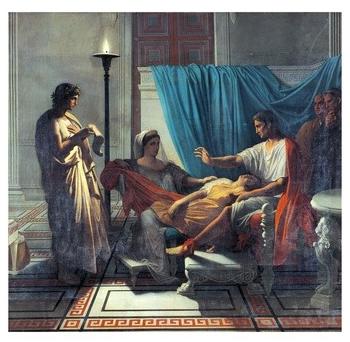 Virgil Reading the Aeneid to Livia, Octavia and Augustus

If you are a fan of the Didius Falco Series by Linday Davis (reviewed on this site), you might recognize the tonal references to hard-boiled P.I. novels from the '30s and '40s .  The first Falco novel was published before the first Corvinus novel.

Did one copy the other?  Did they come up with their ideas separately?  That is possible.  Both writers rely heavily on writing tropes and cliches for character relationships and plotlines.

How do they differ?  The Corvinus novels are much more vulgar, and they require a greater knowledge of Roman history to appreciate the complex storylines and wealth of historical characters.  The Falco books read like dumbed-down and cleaned-up versions of Corvinus's books. 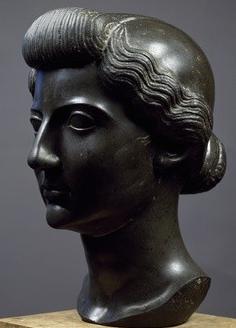 The plot of Ovid, the first in the Corvinus series, draws on several events from Roman history, and presents many historical personages.  While the author does try to communicate some of the history and its significance, I would suggest the reader do some reading up on the event to fully appreciate the author's homework.

The author knows his Roman history and seems to thoroughly enjoy thrashing it about in the cause of pure entertainment.  That is what the Corvinus books are:  pure entertainment.  Don't expect literature.  Just sit back, read, and revel in the joyous nonsense and historical frolicking that the author concocts.

There is especial joy when describing daily life in the Empire's capital:

No one in their right mind walks in Rome if they can avoid it.  The crowds are thicker than fleas in a fourth-rate whore's mattress, the climate's boiling in summer and freezing in winter, and the streets stink all the year round of effluent, rotten vegetable and everything from cheap incense to dead dogs and month-old fish.  And that's just for starters.  Step of the main thoroughfares in the poorer districts and you'll find that the more enterprising locals do a line in throat-slitting, mugging and purse-snatching that has anywhere else in the empire beaten hollow.  Keep to the main drag and you've got a better-than-average chance of being hit by something thrown from a tenement.  Or, if your luck's really out, hit by the tenement itself.  Don't laugh.  I've seen it happen. 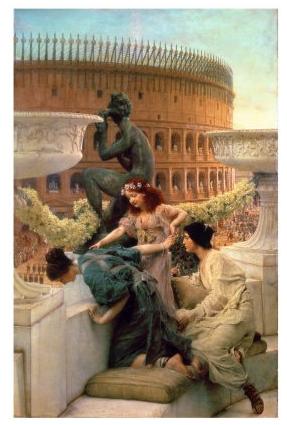 Ovid is centered around the historical truth that the poet Ovid, the author of a sex and seduction guide for first century Romans, was banished by Augustus.  Here is Corvinus filling us in:

I didn't know what the reason had been for packing Ovid off to Tomi originally, nor, to my knowledge, did anyone else; but I could make an educated guess.  Perilla's stepfather had had the morals and self-restraint of a priapic rabbit.  One day the poor bastard had found himself hauled into Augustus's private study.  There the emperor had chewed off his balls and stuffed a one-way ticket to the Black Sea up his rectum.  Exit Rome's greatest living poet, with no formal charge and no trial. 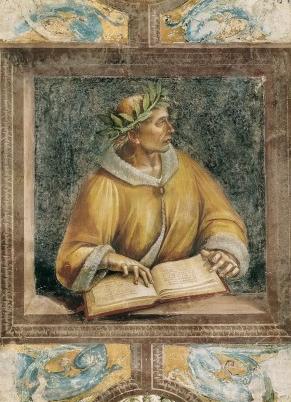 So who is Marcus Valerius Messalla Corvinus?  He is a son of a former consul and a former provincial governor, and Corvinus is set to follow in his father's footsteps, leading to a consulship and foreign assignment.

And what about Corvinus's view of the Emperor Tiberius?

What drives Corvinus to risk his life and limb to dig up secrets?  He is driven by a burning curiosity for the truth.  The more he is stalled and stymied, the more he is driven onward.  He takes a perverse pride in his stubborn and ill-advised nature. 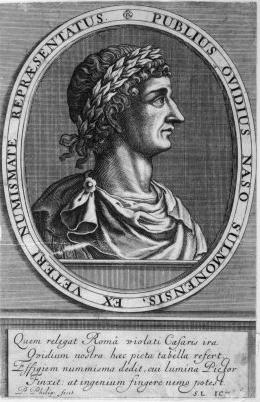 The narrator of the Corvinus novels has an entertaining voice.  His self-deprecating, ribald humor, and the wry comments on the Roman state and bureaucracy are a lot of fun.  The author combines deep knowledge of the era with great verbal dexterity.

The story in all the books is basically of a man in a prolonged puberty (Corvinus is 21 in the first book), who becomes a man, finally, and sees the truth behind the well-constructed façade of Imperial Rome.  He finds love, too, the part of the story I found most convincing (and it includes an adult sex-scene).

For readers such as myself, who dislike seeing slavery, misogyny, bigotry and sadism portrayed as run-of-mill stuff, then you will cringe often, as I did.  The author does not raise his protagonist above his peers.  And for those not schooled in British mystery fiction, the time spent on theorizing the solution to the mystery will make your head spin.

For American readers, the British English text may read as if it needs a few hundred more commas to improve the readability, but it is not a huge problem.  I must admit that I forgave all the missing commas when the author used "there're" instead of the amazingly ridiculous singular form that America has suddenly decided is just fine for plural:  "there's".  Lovely! 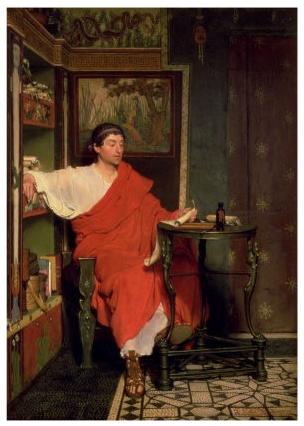 The books in The Marcus Corvinus Series: 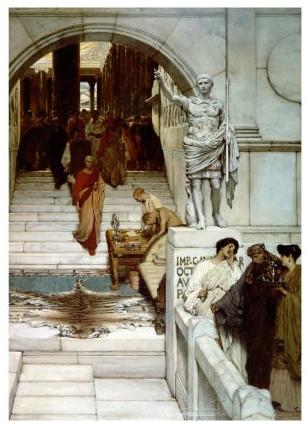 An Audience at Agrippa's

This book is a complex and intriguing mystery set in Roman times.  Banished by the Emperor Augustus, the great poet Ovid was to die in exile. Years after Ovid’s death, Marcus Corvinus, grandson of the poet’s patron, tries to arrange for the return of his ashes to Rome for burial.  When official permission is refused, Corvinus makes the dangerous mistake of asking why the Emperor has forbid it.

The Marcus Corvinus Series is published by Hodder & Stoughton.

Direct link to the author's page at H&S

Here is a direct link to Ovid at Amazon.com:


Here are direct links to the first few books in the series, at Amazon.com:


What was ancient Rome like?  Here is an amazing computer simulation, 5 minutes long, of the ancient capital.