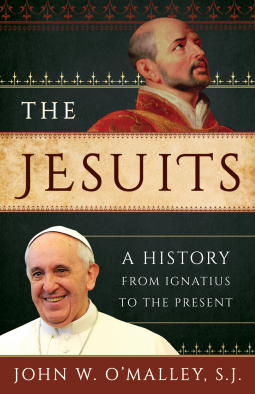 A History from Ignatius to the Present is the subtitle of this book, a brief but entertaining and informative history of the Roman Catholic religious order most people know via their schools, retreats, lectures and scholarly works, and now via Pope Francis:  The Society of Jesus, the Jesuits.

Here is the book's Table of Contents, to give you an idea of what's covered: 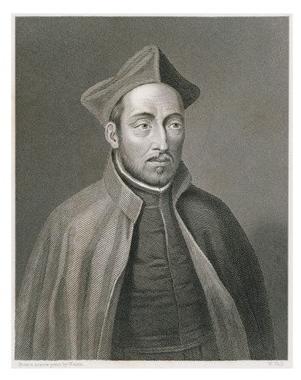 Here are some of the things the book explains in strong, spare prose...

Born during Europe's Renaissance (1540), this Roman Catholic religious order was founded by Ignatius of Loyola, as a missionary and an educational order.  From the beginning, the order has valued the educational achievement of their order and of their followers, more so than any other Catholic religious order.  They also cultivated a close relationship with lay church members, encouraging those with extraordinary talents.

The Jesuits, through Ignatius of Loyola's guidance, developed a teaching manner that seeks:

...to lead an individual along a spiritual path consonant with the person's gifts and personality...

This is how they train their novitiates and how they educate lay persons.  The believer's relationship with God is not to be a rote, unthinking relationship; it is to be a committed, informed relationship that can better withstand life's adversities. 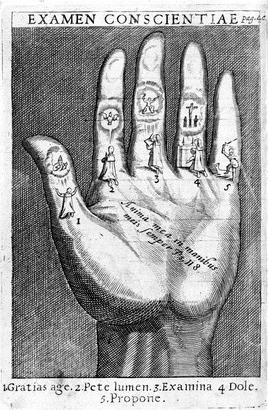 
The schools founded and run by the Jesuits link, and always have linked, them to society, gaining them followers in their churches.  Until recently, the schools were also a source of vocations to the Society that allowed the Jesuits to grow faster than the other Catholic religious orders.

The schools' goals, through a humanistic-classical education, were/are to:

...produce men of integrity, dedicated to the common good of church and society, and skilled in persuading others to similar dedication. 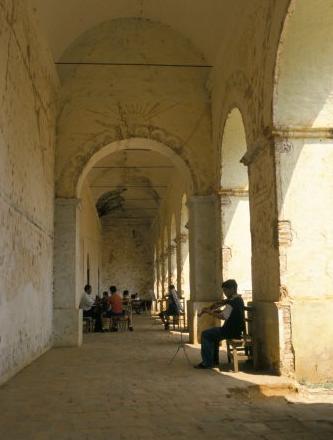 Music School at the Jesuit Mission, San Jose De Chiquitos, Bolivia, South America
Music and theater have always been a part of the Jesuit teaching method.


Retreats and lectures have been as much a part of the Jesuit ministry as the schools.  Aimed at adults, they were/are aimed at developing a person's knowledge and spiritual self-knowledge, with the conviction that Catholic laymen should be devout and well-educated.

The stories of the Jesuits' foreign missions that the author includes in his book are fascinating, and will quite likely encourage the reader to seek out more detailed accounts of the talented men who lead those famous missions.  The Further Reading section of the book is a wonderful place to start that search.

Behind the successful missions was the idea, respectful of local customs, that: 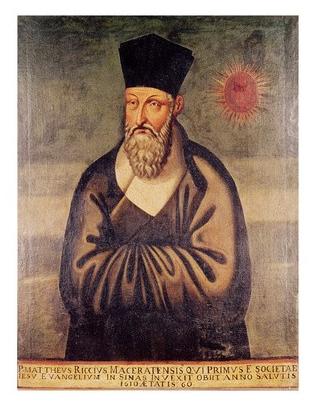 Portrait of Matteo Ricci (1552-1610) Italian Missionary, Founder of the Jesuit Mission in China


When I watched the announcement of the new pope on television, two things struck me: 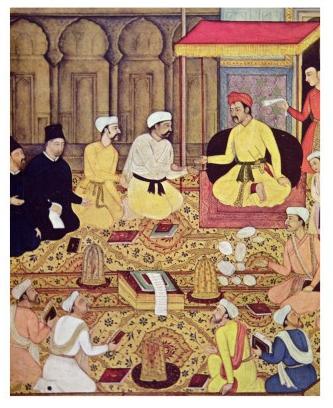 The author clearly understood the enormity of the event:

On march 13, 2013, the cardinals of the roman Catholic Church stunned the world by electing as pope the Argentinean Jorge Mario Bergoglio--a Jesuit, the first Jesuit pope in history!  Upon his election the members of the Society were as utterly surprised by the choice as was everybody else and perhaps more so.  They in no way anticipated that one of their own number might be chosen.  Whether that event will have any direct impact on the Society remains to be seen.  Nonetheless, having a Jesuit as pope, an eventuality that through the centuries seemed almost unthinkable, might somehow open a new page in the history of the Society of Jesus. 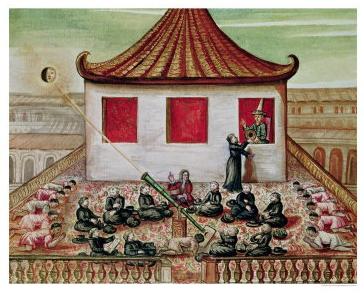 The Eclipse of the Sun in Siam in 1688, Viewed by the Jesuit Missionaries

As Pope Francis continues to make his mark on the church, there is increased interest in his Jesuit background—what is the Society of Jesus, how is it different from other religious orders, and how has it shaped the world? In The Jesuits acclaimed historian John W. O’Malley, SJ, provides essential historical background from the founder Ignatius of Loyola through the present.

The book tells the story of the Jesuits’ great successes as missionaries, educators, scientists, cartographers, polemicists, theologians, poets, patrons of the arts, and confessors to kings. It tells the story of their failures and of the calamity that struck them in 1773 when Pope Clement XIV suppressed them worldwide. It tells how a subsequent pope restored them to life and how they have fared to this day in virtually every country in the world. Along the way it introduces readers to key figures in Jesuit history, such as Matteo Ricci and Pedro Arrupe, and important Jesuit writings, such as the Spiritual Exercises.

Concise and compelling, The Jesuits is an accessible introduction for anyone interested in world or church history. In addition to the narrative, the book provides a timeline, a list of significant figures, photos of important figures and locations, recommendations for additional reading, and more. 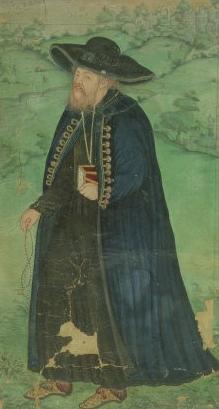 
The Jesuits is published by Sheed & Ward an imprint of Rowman & Littlefield.

Direct link to the book's page at R&L

Here are links to other book by the same author at Amazon.com, including two that are specifically about the Jesuits: 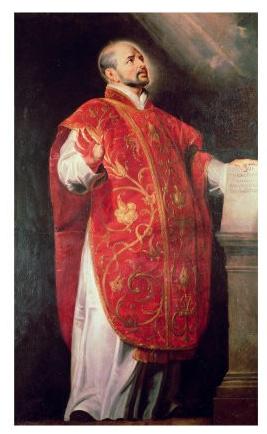 Email ThisBlogThis!Share to TwitterShare to FacebookShare to Pinterest
Labels: Biography, Catholic, circa 1700, circa 1900, History, Renaissance, Spiritual