Tomorrow or Never by Maria Martin 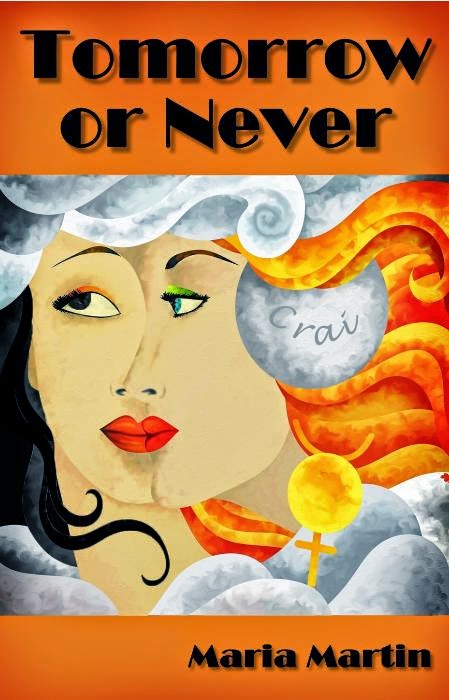 When you purchase the book Tomorrow or Never, you get three historical novels in one, which together make up the saga of five years in the life of a young woman living in unusual times.  The 700+ pages are divided into three parts, three phases in the life of the protagonist, Vitessa, an ambitious, clever young woman from the poorest region of Italy, who comes to adulthood just as Mussolini comes to power in Italy in the 1930s. 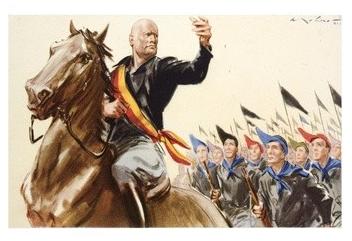 Part One is set in Fasinella, a rural village in the Basilicata (Lucania) region of southern Italy.  We meet Vitessa and her friends, family and fellow villagers.  Mussolini's socialists are in power, encouraging little-Mussolinis to dominate and exploit small communities all over Italy.  That happens in Fasinella, too, which is home to several internal detainees, political prisoners, for several years.

Encircled by the craggy hills and plummeting ravines of the deep south of Italy, Fasinella was largely cut off from the wider world, and there seemed no other future besides the withering cycle of poverty, hardship and hunger that had endured for centuries.  An ancestor from the 1530s would find little different in the 1930s. 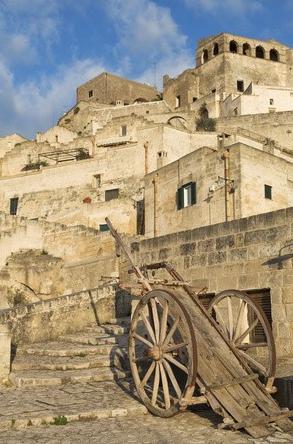 
Part Two takes place in Rome, the busy political capital of Italy.  Vitessa has escaped Fasinella and is enjoying some freedom to learn and live and love without restrictions.  Mussolini's empire-building dreams, and alliance with Fascist Germany and Spain intrude on Vitessa's life in unexpected ways.  In one way the wars bring her more freedom, and in another way they rob her of her first love.

The title of the book, Tomorrow or Never, comes from the southern dialect word for "tomorrow":  crai.  The word, in popular usage, has come to mean two things:  "the next day" and "never".  It is a bit like the Italian word for "tomorrow", "domani", and like the Spanish word "manana".  When the word is repeated a few times in sequence, it signifies something that will probably never come to pass:  domani, domani, domani, or manana, manana, manana. 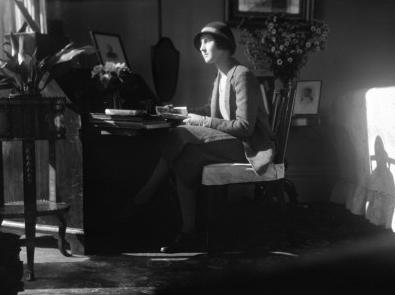 
Part Three of the saga is set in the business capital of Italy, Milan.  Vitessa continues to forge an independent life for herself, and to learn and to grow.  Mussolini's plans for Italy create havoc for the country's businesses, who are torn between doing business with the country's allies and the country's potential future enemies.  Vitessa is torn between two loves and two possible futures, too.

The author uses Vitessa's brother to show what it was like to have a devoted follower of Mussolini in one's household.  As the oldest male member of the family, he holds sway over the women in the household much the way ancient Roman heads of family held sway even in questions of life and death over people in his home.  This is no coincidence.  Mussolini looked to Augustus, the first Roman Emperor, for inspiration:  the monumental building programs, the wars of expansion, the laws, the police.... 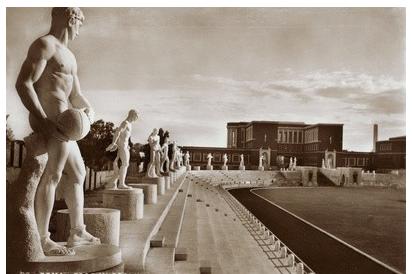 
I accepted a review copy of this book because it was set in a controversial era in Italy's history.  Just like the other European countries, Italy has information and misinformation circulating about the Mussolini era, because many former supporters of the dictator have difficulty accepting any criticisms of their hero.

The truth is that Mussolini was a militant socialist (a Fascist), an egomaniacal sociopath, a dictator, a leader who authorized mass-murder of unarmed peasants in Ethiopia and Somalia in order to steal land and resources, an oppressor of women and children and Jews, and the instigator of the torture and murder of Italians by his secret police and his black-shirted thugs.  Unlike Mussolini's supporters, I do not believe that economic growth can excuse any of these things. 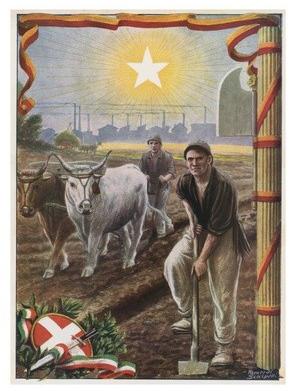 The Italy of Mussolini

The author presents the politics for what it is, repressive and war-mongering, and concentrates most of the story on Vitessa's life.  The three parts of the book read like a TV mini-series.  The five most formative years in Vitessa's life are described, against the colorful and dangerous backdrop.  There is a large cast of characters whom we follow through the years.  Fact and fiction combine in this novel to entertaining effect.

The third-person narration allows us inside the minds of many of the characters.  The author teases us at times with forebodings and hints of things to come.  The writing is polished and at times prosaic.  The story moves along at a quick pace, but not so quick that we lose the sense of place and time.

The story is all Vitessa's, a young woman who shines with intelligence, drive, a thirst for knowledge, goodness and a wicked sense of humor.  A series of mentors take Vitessa under their wing to teach and guide her way to success.  Misogynistic repression is not the only sort of repression Vitessa must face.  The bigotries in Italy against those from the south of the country, meridionali, are just as strong, and just as limiting. 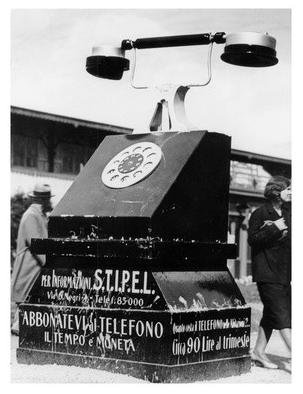 A trade show display in Milan, Italy, in the 1930s

I am glad I will be leaving Italy.  It costs too much to lover her.

Sadly, what was true during Mussolini's repression is also true for many of the emigrants from Italy today, due to economic and political stagnation, as well as corruption and continuing bigotries.

The author provides a wonderful list of books for further reading, and some Book Group discussion points, as well.  My only reservation is the ending, which I do not feel wraps up all the story lines I wanted to see wrapped up.  Perhaps the author wishes to leave things up to our imagining?  Or perhaps there is another book on the way about the later life of Vitessa?

If you are interested in this era in Italy's history, and would like to follow the life of an ambitious, intelligent young woman through a mini-series of events, I highly recommend Tomorrow or Never. 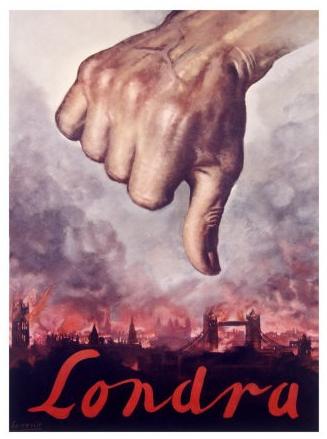 1930s Fascist Italy was a particularly oppressive society for women.  Vitessa, a young woman from the poverty-stricken south with ideas ahead of her time, refuses to let the triple evils of tradition, prejudice and Fascism crush her dream of a better life.

Will the chance arrival of a political exile from the affluent north help to change her destiny?  Will a desperate deception be a help or a hindrance to her plans?  Will the struggle to find her own way in life be made even more difficult as Mussolini leads the country towards war? 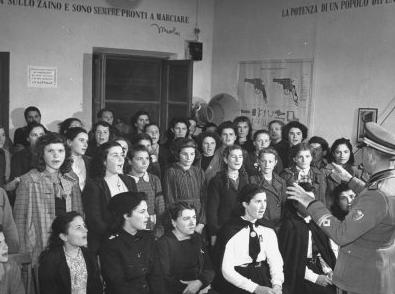 Fascist Italian Girls' Choir, singing, something 1930s Italian woman were allowed to do besides having babies


Here is a direct link to the book at Amazon.com

Here is 3 minutes of Lucania/Basilicata with many images from the era described in this book, accompanied by the classic emigrant's song by Domenico Modugno:  Amara Terra Mia (My Bitter Homeland).