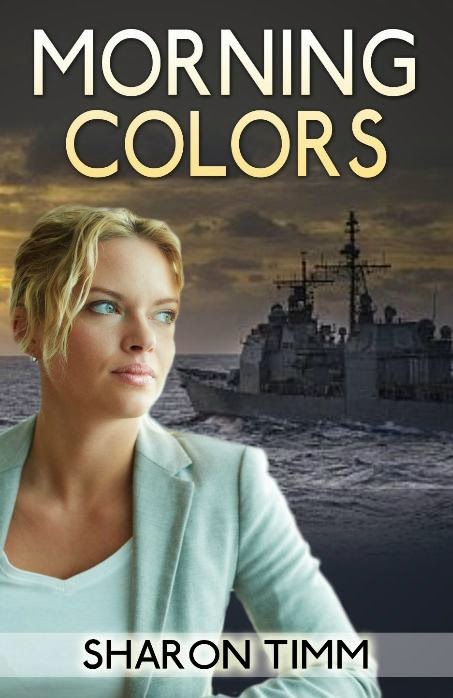 The Romantic Suspense genre can vary quite a bit in content:  a bit of suspense and lots of romance, lots of suspense and a bit of romance, and somewhere in between.  When these books are set in Italy, there is generally lots of Italy, and lots of American and English women swooning over Italian men.  The protagonist of these novels is invariably a fragile English-speaking woman who is in Italy, in trouble, and who is bowled over by a hunky Italian, usually someone with law-enforcement.

Morning Colors promised to be something a bit different than the usual, which is why I read it.  The protagonist is a highly capable and distinguished Navy Chief, Samantha Logan.  She comes in contact with the Italian police because she saves a man's life in Venice after he is stabbed by a stranger.  Samantha butts heads and egos throughout the book with the head of the Venice police detectives. 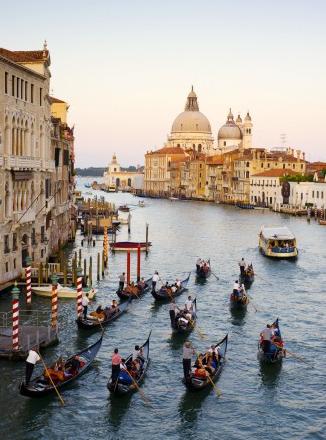 All this combativeness is refreshingly different from other romantic suspense books set in Italy.  For Samantha:

It was more familiar to be in charge, to direct rather than to be directed.

She is tough and successful in the Navy but recognizes that:

Women were quickly accepted if they were good at their jobs, but mediocrity was not even remotely acceptable.

One aspect of Morning Colors does conform to one standard feature of this genre, however:  both Samantha and her love interest are incredibly hot, and they are both continually mentioning how hot the other one is, and they are unable to stop being interested in each other because of this hotness.  I could have done without all that superficiality.  The characters were interesting enough not to have to be super-models for me to care about their growing relationship. 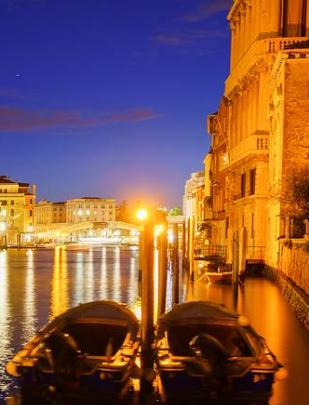 Samantha finds Italy and the Italian policeman she must deal with so different from what she is used to that she begins to see them as unreal.  She thinks of the policeman at one point as:

...just a member of the cast of a very weird play she had found herself wrapped up in.

And of Italy and Italians:

She does notice that:

Physical contact in Italy, just as on the ship, was inevitable.

...impressed with the small touches of class that seemed to permeate every aspect of this intriguing society.

She learns quickly to love the Italian language.

The melodious language wrapped itself around her heart and touched her soul in a way that felt like...home. 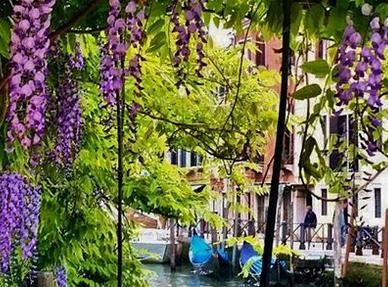 The construction of the book is solid, the characters okay, the prose style fine, a third-person limited in Samantha's head.  There are too many typos, however.  54 by my count, and I sent a list of them to the author, but they have yet to be fixed.  The momentum of the story dips a bit when the couple moves to the man's vineyard.

Yes, the police chief's family has a vineyard, and I know that has been done too much in these sorts of books.  But what can I say?  Vineyards are nice.

The story picks up again after the vineyard scenes and has a very satisfying last third and a wonderful ending. 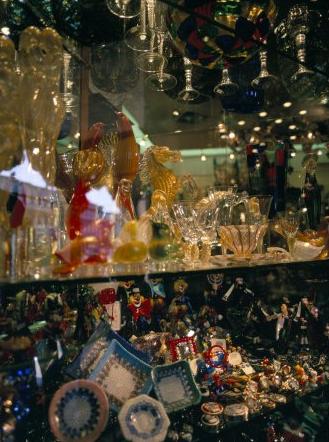 The best parts of the book for me were when the author stuck to her specialty:  the Navy and boats.  The author is retired from the U.S. Navy, so when she writes about her protagonist's life aboard the crowded ship, everything rings true, and brings us into a world that one rarely sees in this genre novel.  Here is the author on the close quarters of ship-board living:

She often thought moving around on the ships was like the old pocket puzzle game she had played as a child, sliding one square up to move another over.

The title of the book is very clever; it has multiple meanings, one of which is the raising of the U.S. flag by the service members in the morning, and saluting it, called raising the morning colors.  The other meaning I will leave to the reader to discover.  Along with Samantha's back-story, it is interesting and unique and actually quite believable. 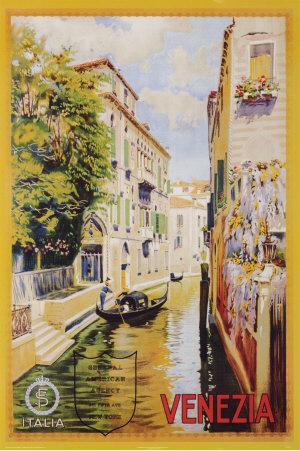 Beautiful and driven Navy Chief Samantha Logan is at a decision point in her career and her life.

Her unexpected and somewhat reluctant arrival in a magical foreign sea port promises a week-long break for some long overdue rest and relaxation. Her plans are shattered from the moment she sets foot on the pier in Venice.  A crime committed within arms reach leaves her fighting to save a life, save herself and her reputation.  An instant of violence, will sweep her into the center of a storm of espionage, intrigue and fear.

Her already uncertain future is complicated by the handsome Chief of the Carbinieri police.  They are joined in a struggle which forces her face to face with her own fears, her indecision and the pain of her shattered past.  Samantha will have to fight to survive, draw on every bit of her intellect, training and experience if she is to overcome the harrowing events to come.

Here is the link to the book at Amazon.com: