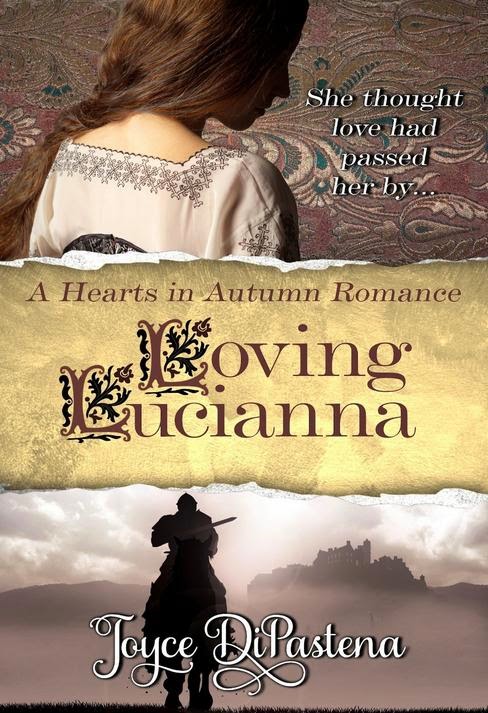 Loving Lucianna is the first book in the author's Hearts in Autumn medieval romance series that features couples in "the autumn of their years".  Lucianna is from the Venetian Republic, and she is proud of her wealthy, powerful, independent city-state.  Through the twists of fate she finds herself in southwestern France, but her Venetian heritage is always in her heart.

The book's chapters move the reader from Lucianna's present to her past and back again to the woman's present.  Unlike some romance novels, Luciana has a lover when the book begins, and is set to wed him in three weeks time.  The rest of the novel is about Luciana's struggle to protect her lover from shame and hurt, even if it means giving him up.  But true to the genre, true love prevails in the end.  How could it not, when...

...he made her blood rush as hot as it has at fifteen, coupled with a playfulness she had nearly forgotten she once possessed. 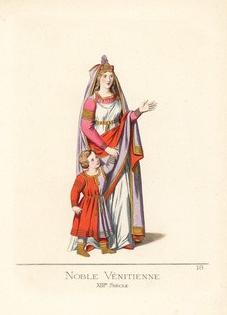 It seems as if a whole novel is referenced in the first chapter of Loving Lucianna, and that is because that is exactly the case.  The characters in Loving Lucianna first appear in the author's novel Illuminations of the Heart.  I wish I had read that book first and been witness to Lucianna and her lover's courtship.  I would consider Loving Lucianna a sequel, featuring characters who clearly became dear to the author's heart.

Lucianna's lover is a mature man with many qualities and skills.  He feels capable only late in his life of supporting a wife, and Lucianna is the woman he wants to fulfill that role.  For Lucianna, he is:

...this knight who had brought joy to her lonely autumn soul with his smiles and his touch and his kisses. 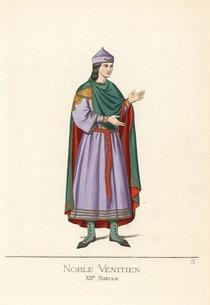 The text is peppered with Italian words, which are largely explained within the text.  The author provides a small Glossary of the Italian words used in the book.  There is also a helpful Glossary of Medieval terms, for those readers unfamiliar with the archaic words and customs.

Personally, I think I would have enjoyed reading the story chronologically, but the author is very skilful in weaving her story together, moving through time.  It is difficult to comprehend the threat that Lucianna feels, since our present-day sensibilities are so different from the 1100s.  Sometimes I found her fear silly, and often I found Lucianna's actions cruel.  But those were different times.  And all ends well.  If her lover can forgive her, I suppose I can too. 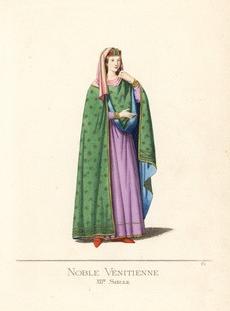 For lovers of historical novels there is a nice sprinkling of historical detail, some cultural, some political.  It never overpowers the story, which is how I like my historical novels, so I was pleased.  We get a glimpse into the life of women in Medieval Venice and southwestern France.  Women were the property of men, so the ladies' position in the book can be frustrating to read about for modern women, but it also can make us grateful for the changes that have come with time and struggle.

Sadly, the rights and freedoms I and the writer enjoy are not enjoyed by women the world over.  Their lives are probably not so different than the ones described in Loving Lucianna!  As the author notes for women in 1100 (and in many places in the world today):

...sin does not deal its consequences evenly upon men and women...

An extra at the end of the book is a section Discussion Questions.  This is a book for fans of Medieval romances, preferably ones who have read the author's previous book Illuminations of the Heart.  Loving Lucianna will be especially appreciated by mature women who will enjoy reading about "two autumn hearts". 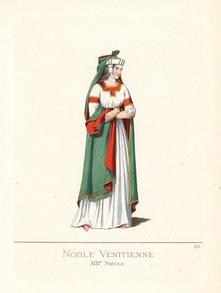 
Sir Balduin de Soler gave up long ago on love. He never had the means to support a wife until an unexpected advancement in his fifties allows him to reassess his future just as the lovely Lucianna enters his life.

Lucianna Fabio harbors a secret, painful memory from her past that has kept her unwed, as well. Now in her forties, she thought herself too old to marry until she meets Sir Balduin. Now suddenly their lonely autumn lives feel very much like spring again . . . until Lucianna’s brother appears without warning and threatens to revive the secret that will destroy Lucianna’s second chance at love.

“Loving Lucianna" is the first in my new “Hearts in Autumn” romance series, medieval romances revolving around heroes and heroines “in the autumn of their years.” Because you’re never too old to fall in love!” 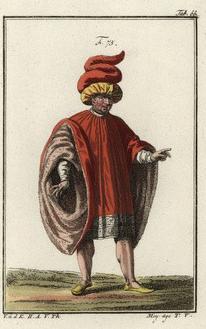 Here are links to the author's work at Smashwords, an on-line e-book sales site that offers e-book in various formats for instant download.

Direct link to the Author's page at Smashwords

Here are direct links to Loving Luciana and Illuminations of the Heart at Amazon.com:


Curious about Venice?  Here is a documentary narrated by Leonard Nimoy about the history of Venice: