The Devil Will Come by Glenn Cooper 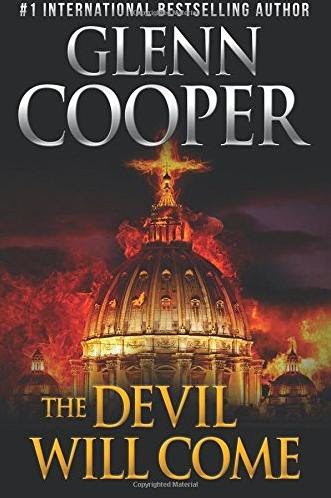 The Devil Will Come is a conspiracy thriller for adults, laced with historical fact and fiction.  The present-day setting is Rome, Italy, where a young nun and her family become the focal point of the culmination of a centuries-long plot to end Catholicism and replace it with an evil-worshiping group of psychopaths.

Okay, yes, historical-conspiracy thriller plots can sound absurd, but with a skilful writer in charge, they can be very entertaining, and little bit edifying. This author is skilled in the art of conning the reader into accepting the unbelievable premise.  He has experience, with several historical-conspiracy thrillers to his name.  Readers get what they expect, and more.  Unlike some authors in the genre, this writer has big issues in the background of all his books. 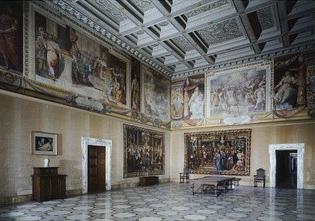 In The Devil Will Come, the nature of evil is examined.  Is it learned?  Is it a throwback to an earlier human era when a lack of conscience was an asset?  Do sociopaths play any positive role in society?  They hide in plain sight.  They sit on company boards.  They teach at universities.  They play sports professionally.  They hide their evil, but they are adept at spotting the like-minded.  At the heart of the all the scary bits in The Devil Will Come is the fact that people who seek out power are rarely good-hearted.

...there are men who are ancient and determined enemies of the Church of Rome who live in perpetual hope of its destruction. 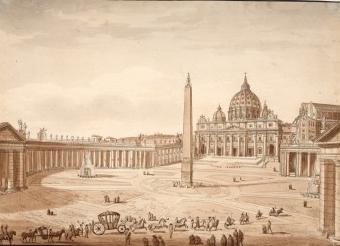 The book takes us to Nero's Rome, where he has St. Peter crucified, Christians martyred, and possibly even the city burned down to allow him to build his monumental palace over the ruins


Our hero, or heroine, which is quite unique for this genre, is all that stands between good and evil.  Well, not quite.  The Italian nun has help from her uniquely helpful Italian family.  And she has help from unexpected sources along the way to the climactic ending.  The author pulls all the strands together in the end and creates a satisfying conclusion to the story.

The writing is clear and direct, with an unobtrusive omniscient narrator.   The story flows smoothly, weaving together the stories from the past and present so we understand all there is to know, in the end.  A special storyline set in Elizabethan England adds to story's uniqueness.  I would have liked line breaks between scene changes, and fewer periods in place of commas, for greater clarity, but they may be added in future editions.  There are some vulgarities, sex and nudity.

Are you interested in learning about Ancient Roman superstitions, early Christians, Roman astrology, Elizabethan playwright Christopher Marlowe, the Roman Emperor Nero, and the source of human evil?  If you are, then The Devil Will Come will keep you entertained. 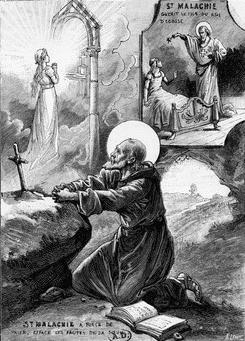 Central to the plot is a prophecy by Irish St. Malachy. Read more at Wikipedia.

Elisabetta Celestino, a brilliant young archaeologist at work in Rome’s ancient catacombs, has discovered a unique pattern of astrological symbols on an underground wall. She feels sure that evidence of a previously unknown pre-Christian sect lies in an adjacent chamber where the untombed skeletons bear a strange anomaly, and is devastated when the Vatican refuses to support her excavation project.

Ten years later, a cave-in damages the vault, and a shocking discovery is made. Following a violent and traumatic event, Elisabetta has left has left archaeology behind for the serenity of prayer and teaching, but the young nun unexpectedly finds herself in a race to solve the secret of the catacomb and prevent an apocalyptic event that threatens not only the Vatican but the future of mankind.

Moving between present-day Europe, 1st-century Rome, and Elizabethan England, The Devil Will Come is an exhilarating tale of a battle between good and evil that has been fought in the shadows through the centuries and across continents—and that both sides are willing to kill to keep secret. 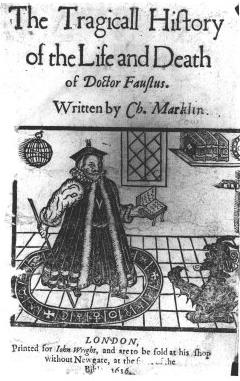 This book's frontispiece is key to the plot of The Devil Will Come.  The book begins with a quote from this play by Elizabethan playwright Christopher Marlowe.  Here is a clearer representation of the image. 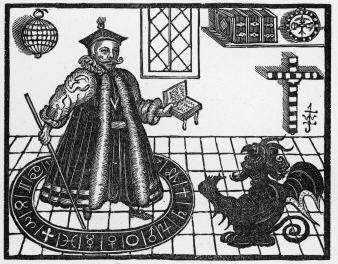 The Devil Will Come is published by Lescaux Media, a film group run by the author.  Please visit the author's website for his books.

Here is a direct link to The Devil Will Come at Amazon.com:

If you understand Italian, here is a brief interview with the nun who inspired Glenn Cooper's protagonist in The Devil Will Come, which in Italian is Il Marchio del Diavolo.  Cooper's books are translated into many languages, and are very popular in Italian.

The author has written other historical-conspiracy thrillers.  Here are links to them at Amazon.com:

The latest release by this author is the entertaining Holy Grail quest book The Resurrection Maker. 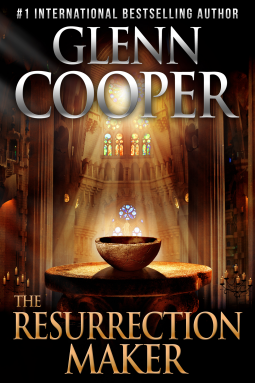 Amazon.com link to the book: The Resurrection Maker