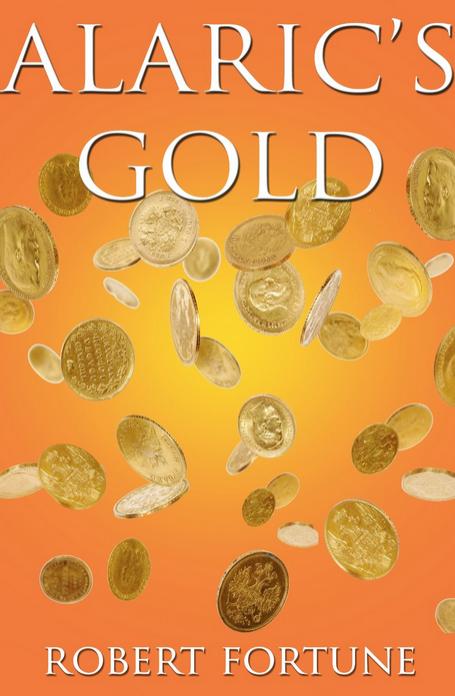 Alaric's Gold is a treasure-seeking adventure set in Italy, from Venice in the north, to the toe of Calabria.  The story is told with some flashbacks, and from various points of view.  The main protagonists are Sarah and Richard, an English couple, who dream of ancient Roman-era treasures.


It had been his determination to uncover the ancient burial chamber in the bed of the River Busanto with its hoard of Roman treasure that had led him to ignore the dire warnings he had been given about the viciousness of the local mafia. 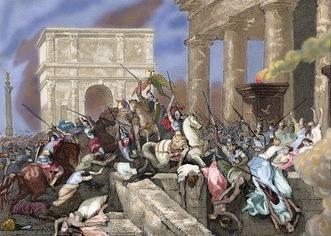 The author weaves together the historical sources for the reader into an energetic tale, featuring interesting characters, each well-drawn and entertaining.  We get into the minds, via our omniscient narrator, of policemen and women, a prime minister, a whore, an archeologist, mafia...

Alaric the Visigoth who had led his victorious troops south through Italy after capturing  and sacking Rome in 410 A.D.

Here is a ten minute film that gives the historical background of Alaric's sack of Rome.  It is very well-made, but the music is a bit over the top.

Alaric's treasure is the goal of practically everyone in the book for various reasons.  The author seems to have had a ball writing the story, and that joyousness comes across to the reader.  The author is clearly a lover of history, and he shares that love with the reader.  He seems to have had his greatest fun was imagining what is in the tomb, which, yes, they do find. 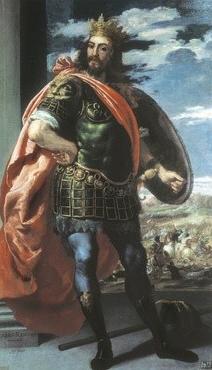 Perhaps the one message that comes through louder than any other in the book is that decadence, political ambition, theft, thuggery, and greed are timeless parts of human nature.

The story is told with good humor and with a sympathy for the diverse characters' flaws.  This book has a big cast for a big adventure, all woven together expertly to create entertaining escapist fiction. 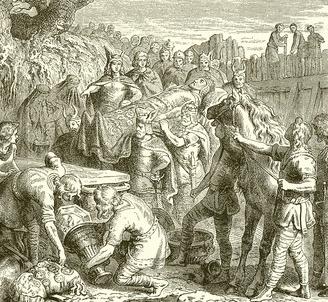 Does a river bed in southern Italy still conceal a priceless hoard of Roman treasure that was buried in the grave of Alaric the Goth just months after his warlike hordes had sacked Rome in 410 AD?

Set in modern day Italy, this is the light-hearted story about the recovery of that treasure.

The cast includes a roguish Prime Minister, his favourite escort girl, dissolute diplomats, corrupt police officers and the mafia, while the action involves a helicopter jail break, kidnappings, a shoot-out with the mafia, and the discovery of a hoard of riches from the ancient world.

On one level this is a light and amusing tale set in the present day, but on another level it draws on genuine historical records to point the way to one of the richest graves in antiquity – a grave that had been constructed in a river bed after its waters had been diverted ‘by the labour of a captive multitude’, a grave containing ‘the splendid spoils and trophies of Rome’; one whose secrecy was assured by the ‘inhuman massacre of the prisoners who had been employed to execute the work’ – and one about which the world appears largely to have forgotten. 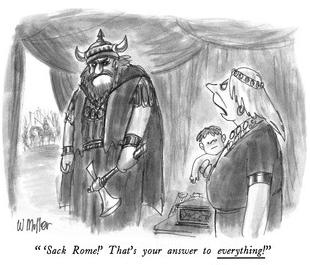