The Hague by Candida Martinelli 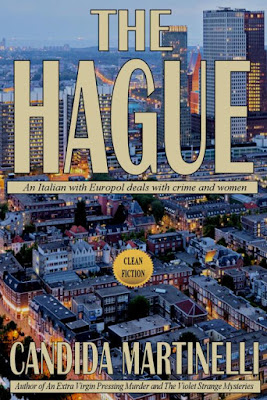 An Italian with Europol deals with crime and women is the tagline for a romantic-crime novel, a Rom-Crime as I like to call it, that I have recently published.  It is for fans of European crime fiction, especially A.C. Baantjer's Inspector DeKok Series, which is set in The Netherlands, as is The Hague.  And it should hold appeal for fans of cozy mysteries, who enjoy clean mysteries with light romance.

In The Hague Europol Intelligence Officer Tony Sampaoli weaves together solutions to European crime puzzles with the help of four law enforcement friends and a consulting psychologist-graphologist.  Italian Tony takes on ripped-from-the-headlines cases set in Europe in the year 2000, while working to unify European Union policing practices.  Tony and his friends are mature characters at the top of their respective fields. 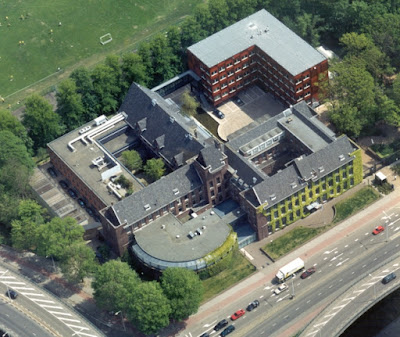 Europol's Original HQ in The Hague, The Netherlands

Europol, The European Police Office, an agency of the European Union, is based in The Hague in The Netherlands.  Contrary to popular-culture representations, Europol is not a police force like the F.B.I. that can conduct investigations and arrest suspects.  Europol is a bureaucratic entity, that collects data and offers training, while it assists with cooperation between police forces.  Tony is bored by his paper-pushing, meeting-chairing, training-coordinating job.

Tony relies on his law enforcement friends to provide him with interesting crime puzzles to keep his investigative skills honed, and to keep him sane.  Cases that Tony tackles include (stop here if you don't want to know until you read the book!)  a body that mysteriously appears in the middle of a milk cow paddock, another body that's found in a cement mixer, four students and their sailboat disappearing while sailing from Holland to England, and an American professor who dies at Amsterdam's Schiphol airport. 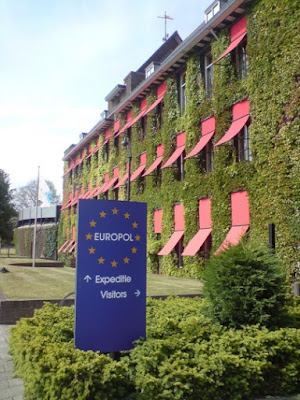 Europol's Old Offices in The Hague

Psychologist-graphologist Jennifer Eastman uses the study and practice of handwriting as a therapy tool, graphotherapy, to help troubled children.  She also works as a graphologist, a handwriting analyst, with clients in business and law enforcement, a common practice in many European countries.  One of her clients is Tony Sampaoli, a man who has captured her interest from day one.

At Europol he was much more subdued, restrained and professional. Socially he was lively, warm, spontaneous. He was wonderful. 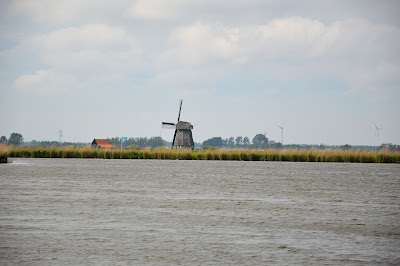 Tony's friends don't need a psychological report to know that Tony Sampaoli has a problem with women.  Despite his interest in Jennifer since day one, he's yet to make a move, even when the opportunities are dropped in his lap.

Her short blond hair was cut in a style similar the late Princess Diana's. Her hazel eyes stood out against her pearly skin. Her high cheek bones set off her small nose and well formed lips. Her conservative, professional-looking clothing couldn't hide her womanly curves.

While Tony works to weave together solutions to the criminal cases, his friends work to help Tony weave together his damaged love-life, but there are forces stronger than Tony at work in his subconscious.  The 3rd-person omniscient narration lets us into the minds of many of the characters. 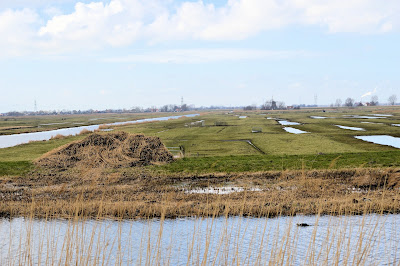 
The Hague is clean fiction, which means the book has no vulgarities, no explicit sex scenes, and no in-scene violence. This doesn't mean this is a book for children, it just means there is nothing offensive in the book. The focus is on engaging the reader with interesting stories from Europe, partly stories of the efforts to integrate the various countries into the European Union experiment, and partly stories from the crime world.

The reader can also gain an insight on what it is like to work as an ex-patriot in Europe, and especially as an Italian ex-patriot working in a Northern European country. The most difficult things for the ex-pat are also the most mundane, the things most people take for granted like food, company, the weather, and language.


Tony checked that the radiators under the windows were working and were on high. During the fall, spring and winter months, he tended to check them several times a day, sure that the cold he felt in the marrow of his bones was because the radiators had stopped working. To date, they had not broken down; the building was just old and drafty, the heating too weak, the windows poorly insulated, and Tony was from Rome, Italy. 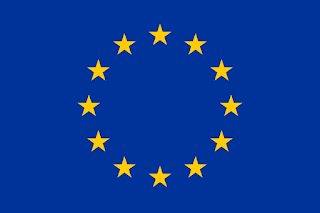 The Hague is a book for those who wish to have a glimpse into another world, and a glimpse into the life of an Italian ex-pat policeman in The Netherlands. It is also a realistic mature romance.

Here is a two-minute introduction to the city of Den Haag, The Hague: