Port of No Return by Michelle Saftich 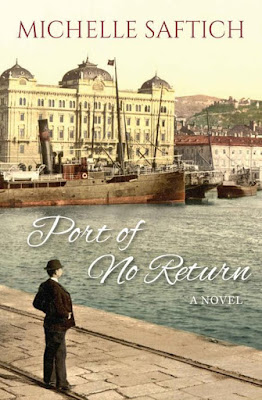 This heartfelt historical novel recounts events during World War II in the northeastern Italian city of Fiume, which is now part of Croatia.  By following the ripples of those events through the members of two extended families and various others across northern Italy and then further north, the reader gets a feeling for what life in a war zone was/is really like.

The book recounts scenes that, sadly, play themselves out every day somewhere in the world in war zones:  displacing people from their homes, forcing them to witness and sometimes suffer horrible acts of cruelty, suffering starvation and malnutrition, resorting to emigration hoping other countries will recognize their plight and accept their refugee claims.

Besides human depravity, the author is careful to show us also how valuable simple acts of kindness and courage and solace can be when it seems like the whole world is disintegrating. 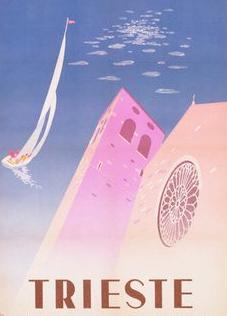 The main characters in the book are a loving couple, Ettore and Contessa, Italians from Fiume.  As the book progresses, we see the wear and tear the war takes on them and their children.  Others don't fair as well as they do, and we are allowed to see many of those scenes too.  There is violence in the book, but it is never gratuitous or drawn out for effect.  There are a handful of vulgarities.

The husband, Ettore, is a skilled mechanic, which turns out to be the family's salvation.

For Ettore, it meant having to work for the Germans who had taken over their city in Italy's north-east.

The author tries to lighten the war scenes with the humanity of the family members and their friends, which is indeed touching.  There is a strong sentimentality in the book, a touching sweetness that the omniscient narrator spreads across several of the characters.  Toward the end of the book, many of those characters are the children who have grown up too quickly in their dire circumstances. 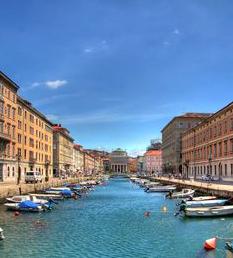 We get glimpses at bombed out cities, bands of bandits, refugee camps for displaced persons, military order amid chaos, evil taking hold in the hearts of the morally weak, traumatized people, survivor's guilt, and mob violence.  The latter is shown in Milan when the bodies of Mussolini, his mistress, and their cohorts are on display.

The country's gone mad...So much anger.

The author has carefully researched her subject, and focused as much as possible on the human level of war.  The book, by its nature, is episodic, following the difficult paths of various persons until they finally come to light at the end of the tunnel of war.  The war ends, and emigration offers hope for a safe future and peace so they can recover as much as possible from their war wounds, which are both physical and mental. 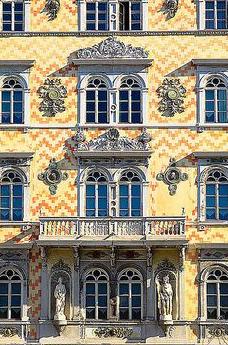 While the book is about the Italian experience, I had a strong feeling that certain subjects were addressed for certain reasons that had little to do with WWII Italians.  The author touches on frequent complaints against refugees and emigrants, certainly hoping to make their road smoother in future.  That is an honorable message to send, a reminder to the residents of many countries asked to accept refugees that they are likely descended from refugees and emigrants. 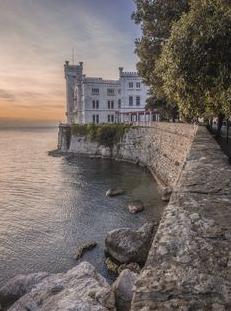 From the book's description (full of spoilers):

Contessa and Ettore Saforo awake to a normal day in war-stricken, occupied Italy. By the end of the day, however, their house is in ruins and they must seek shelter and protection wherever they can.  But the turbulent politics of 1944 refuses to let them be.

As Tito and his Yugoslav Army threaten their German-held town of Fiume, Ettore finds himself running for his life, knowing that neither side is forgiving of those who have assisted the enemy.  His wife and children must also flee the meagre life their town can offer, searching for a better life as displaced persons.

Ettore and Contessa’s battle to find each other, and the struggle of their family and friends to rebuild their lives in the aftermath of a devastating war, provide a rich and varied account of Italian migration to Australia after World War II.

What can you do when you have nowhere left to call home?  Port of No Return considers this question and more in a novel that is full of action, pain and laughter—a journey you will want to see through to the very end.

The city of Fiume has a very complex history, which you can read about on its excellent Wikipedia page.

The images I've used on this page are of Trieste, the city where the book's characters find refuge. 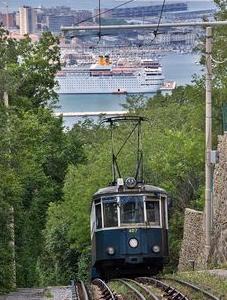