Classic in the Dock (Jack Colby Mystery) by Amy Myers 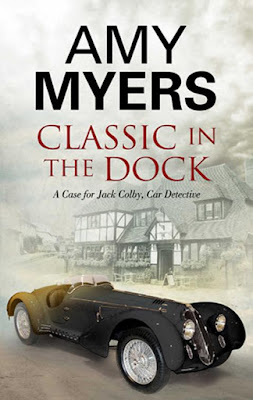 No, Jack Colby, classic car detective, is not a hyphenated Italian.  I'm reviewing this book because the book has two major characters who are Italian.  One is a man, Giovanni, and the other is an Alfa Romeo from 1938.  The latter was a, fictitious, contender in the Mille Miglia, Italy's famous road race.  That makes this a book for fans of traditional murder mysteries and Italian classic cars.

the Alfa Romeo... I was certain was a focal point of interest in the case

Classic in the Dock is book 7 in the Jack Colby Classic Car Mysteries.  The amateur detective in this English traditional murder mystery series is Jack Colby, a car fanatic, owner of a classic car restoration company, and a part-time car detective for the local police.  This book in the series features many Italians and Anglo-Italians, as well as more than one classic Italian cars.

Jack Colby Classic Car Mysteries:
Like all good amateur detectives in traditional mysteries, Jack has a friend on the police force who provides useful information, and access to crime scenes.  Also in line with the genre, Jack spends much time making theories, testing them and investigating by interviewing suspects and witnesses, and explaining the case and all its twists and turns to various people, and to his principle sounding board, who is his live-in love interest, Louise, an actress.

Here is the actual Mille Miglia from 1938 in a Pathe Newsreel report, showing the Alfa Romeos, and the Fascist participants who boast of their sick politics by putting a swastika prominently on their car.


Part of the mystery Jack Colby uncovers concerns events that happened circa 1938 in Italy.  The author describes some of the:

The narrative style is first person by Jack Colby, but it is unclear when the character is supposed to have written down his narrative.  This leads to some awkward switching between past and present tense.

The Italian character, Giovanni, is assumed to be a killer because of the stereotype of the "hot-headed" Italian.  After a while, I did find the depiction of Giovanni's Italian accent when speaking English to be tedious reading, but that is always a risk when an author represents accents in print. 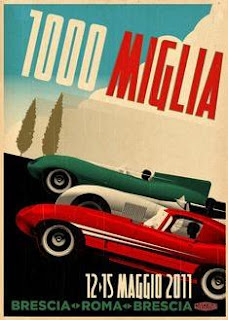 One big difficulty for Jack in trying to help his friend Giovanni, is Giovanni himself, who is the prime suspect in a murder case.

Giovanni, who I was struggling to save from a murder charge, had, it seemed, been as economical with the truth as he was uneconomical with flowing wine.

There is very much an English village and rural setting for the book, including a Manor house and aristocratic family.  If you are a fan of the Midsomer Murder books and TV films, you might enjoy this series too. 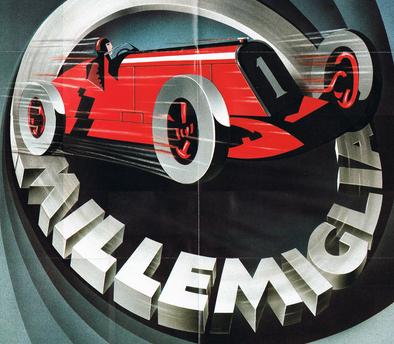 Jack Colby, car detective, is plunged into a nightmare when his friend, the world famous artist Giovanni, is arrested for murder

Jack Colby is delighted when his friend, the world famous artist Giovanni, calls in at Frogs Hill on his way to Plumshaw Manor to paint a 1930s Alfa Romeo racing car.  Jack waves him goodbye – but it isn’t for long.  Later that day he has a phone call from Giovanni. He has been arrested for the murder!

What follows brings nightmare to Jack, as he investigates the crime.  Did Giovanni really do it?  Or is the murder related to a village feud between two rival families?  Nothing is as it seems – except for the danger which Jack faces as he draws close to the truth. 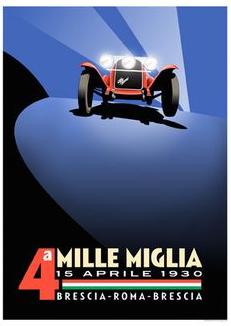