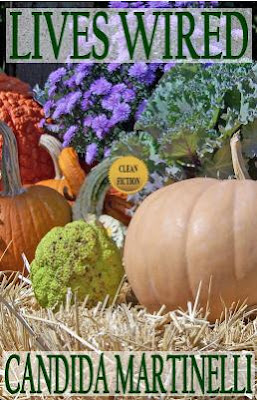 Where would one go to escape the world?  The beachside town of Marsmouth would be a good choice, and it was the choice for more than one person in this romantic tale.

Gina Accornero's quiet life is threatened when the media invade her sleepy seaside town in search of a disgraced TV star, Robert Granieri.

This romantic tale of how the two escapees to Marsmouth find true love, not with each other, is spiced with a rich satire of the wired world we live in.


(From Chapter One) "For one woman, a hyphenated Italian in need of emotional and physical healing, it was a step back in time to a peaceful life of pumpkins, flower-lined porches, colorful beach huts and bicycles.  She arrived before the Internet boom when Marsmouth was isolated and known by very few.

"For one man, a hyphenated Italian in need of clarity and grounding in reality, it was a refuge from the Wired World's Weirdness, as he'd dubbed the World Wide Web, the Internet.  He arrived after the web had strung its lines into Marsmouth, wiring up the lives of the locals and tourists alike.

"Before the birth and growth of the Internet, Marsmouth had existed in a world of its own, a world of lazy days on the beach, slow walks along the boardwalk, and tranquil forays into the hinterland to visit farms and trails in the woods."

Here is a direct link to the book's page at Amazon.com where it is available in paperback and as a Kindle e-book: