Philosophy in the Hellenistic and Roman Worlds by Peter Adamson 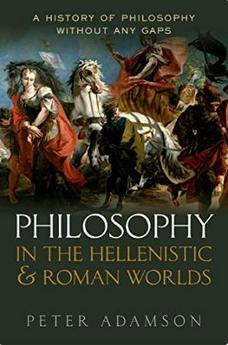 The subtitle of this book is A History of Philosophy without any gaps, Volume 2.  It is the book form of a podcast available on-line.  In the book you will learn about:
The book is divided into those three parts, but has many overlaps.  Included for eager students are Notes, a Bibliography, an Index (in the print edition) and a Further Reading list. 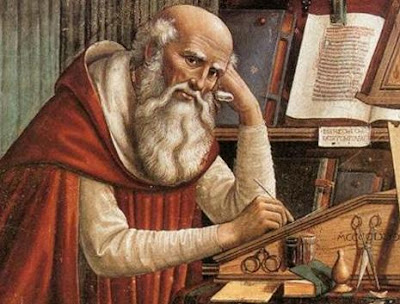 In this volume one meets the Skeptics, Epicurus, Stoics... all sorts of curious characters, including Plotinus, Augustine and Philo of Alexandria, and even Moses of Old Testament (Torah) fame.  The author tries to engage the reader, often using popular culture references or questions.

"Do you like a nice garden?  Do you enjoy the company of friends?  Do you believe the world is made of tiny particles, which you call atoms?  Do you trust the evidence of your senses?  Do you find politics tiresome, and raise a skeptical eyebrow at those who live in fear of God?  If your answer to these questions is "yes", then you might want to consider becoming an Epicurean." 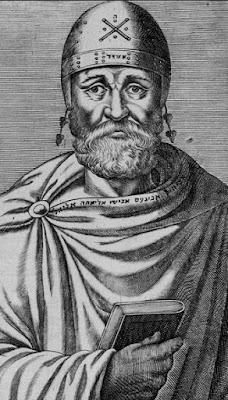 A direct line is drawn from Moses to Plato to Aristotle to the Stoics to Neo-Platonism to Judeo-Christian thought.  All those thinkers stress the need to turn away from the pleasure of the body (our animalistic nature) and turn toward virtue and a faithfulness to God (our divine nature).  One must be aware of both our higher and lower natures, and integrate the two as a whole person, self plus soul.

The author has more books in the works, and plans to cover in his works all 2500 years of western philosophical thought, without any gaps. 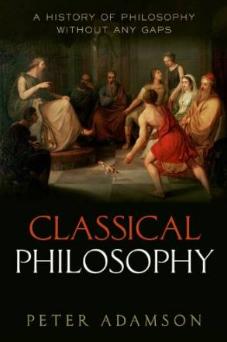 The author aims to educate anyone who wants to know about the history of philosophy, through his podcasts, and with the books.  His style is approachable and knowledgeable.  He lightens the text with humor when possible.

So if you are interested in learning the history of thoughts on how we should live, and what is the nature of man, truth, language and knowledge, this might be a book for you, together with Book 1 which covers Classical Philosophy, namely Plato and Aristotle.

I've read other philosophy books, and attended university lectures on philosophy, so I have some basis of comparison when judging this book.  To me, it reads like a really fun philosophy professor's lecture notes.

The professor is modern minded, including two subjects professors of history and philosophy often skip when talking about the ancients:  pervasive slavery and the negligible role of women in the paternalistic societies.  I would have like to have seen more mention of the institutional sadism of the societies in which these philosophers lived, another subject often overlooked.

Peter Adamson's History of Philosophy without any gaps series of podcasts is one of the most ambitious educational works on the web. It aims to do nothing less than take listeners through the entire history of philosophy 'without any gaps'. It assumes no prior knowledge making it ideal for beginners.  This is the second volume to make these witty, and highly accessible, podcasts available in book form.

Philosophy in the Hellenistic and Roman Worlds offers a tour through a period of eight hundred years when some of the most influential of all schools of thought were formed. From the counter-cultural witticisms of Diogenes the Cynic to the political philosophy of Augustine, the book gathers together all aspects of later ancient thought in a way that is a pleasure to read.

Peter Adamson offers an accessible, humorous tour through a period of eight hundred years when some of the most influential of all schools of thought were formed: from the third century BC to the sixth century AD.

He introduces us to Cynics and Skeptics, Epicureans and Stoics, emperors and slaves, and traces the development of Christian and Jewish philosophy and of ancient science.  Chapters are devoted to such major figures as Epicurus, Lucretius, Cicero, Seneca,Plotinus, and Augustine.  But in keeping with the motto of the series, the story is told without any gaps, providing an in-depth look at less familiar topics that remains suitable for the general reader.

For instance, there are chapters on the fascinating but relatively obscure Cyrenaic philosophical school, on pagan philosophical figures like Porphyry and Iamblichus, and extensive coverage of the Greek and Latin Christian Fathers who are at best peripheral in most surveys of ancient philosophy.  A major theme of the book is in fact the competition between pagan and Christian philosophy in this period, and the Jewish tradition also appears in the shape of Philo of Alexandria.

Ancient science is also considered, with chapters on ancient medicine and the interaction between philosophy and astronomy.  Considerable attention is paid also to the wider historical context, for instance by looking at the ascetic movement in Christianity and how it drew on ideas from Hellenic philosophy.

From the counter-cultural witticisms of Diogenes the Cynic to the subtle skepticism of Sextus Empiricus, from the irreverent atheism of the Epicureans to the ambitious metaphysical speculation of Neoplatonism, from the ethical teachings of Marcus Aurelius to the political philosophy of Augustine, the book gathers together all aspects of later ancient thought in an accessible and entertaining way.

You can visit the History of Philosophy website at King's College London to learn more about the podcasts and about Book 1 and future books.