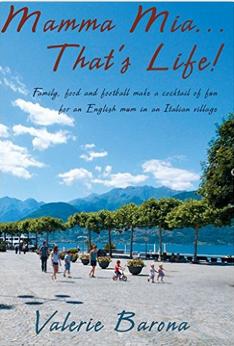 This entertaining memoirs documents some of the highlights of the author's ex-pat life in northern Italy over the past forty years.  An English woman married to an Italian man, the couple have made a living in Italy and reared two children together.  That may not sound like a big deal, but it is, when one considers how difficult it is for ex-pats to make a successful life in Italy.

The author describes some of the difficulties, like getting one's educational qualifications recognized, a lack of jobs, making friends, dealing with an entrenched mono-culture, handling separation from family and friends and conveniences that one took for granted, and speaking a language other than Italian to one's children to the disapproval of pretty much everyone.  Add to that the fact that they live in a village, and she had many, many things to overcome. 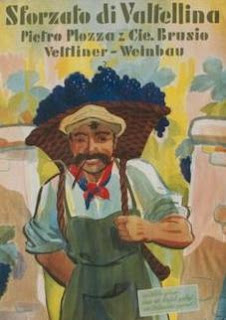 Humor helped, and that is evident in the book.  A pleasant character comes from behind the words, and it is fun to spend the time reading her anecdotes.  That she was so close to the south of England, where she was from, helped enormously.  Her family was able to visit.  She often spent the summers in England with her children "re-charging" to be able to face more life in Italy.  There were even doctor visits and shopping in England that helped save her from Italian dentists and the high prices in small Italian shops.

The life of an immigrant is the same everywhere, only differing in the details.  Feelings of isolation, loneliness, depression and regrets come with the life.  Having friends who understand one's frustrations helps, so we hear much about her English friends in Italy.  They certainly made her life there possible, just as she certainly helped them.  The author's strong character comes through too, as a reason for her remaining in Italy. The story begins in the early '80s and continues through to the present.  Much change comes to Italy and the village during that time.  The Internet has connected the world, the European Union has made it easier for Europeans to work and live outside of their birth country within the Union.  As the author says:

"Very subtly, the antiquated hamlet had become a modern day village or so it seemed."

I found this book to be an entertaining read.  If you are someone who had a "what if" moment with Italy, considering attempting to make a life there, you should enjoy this woman's account of moments from her forty-year "what if" that came true. 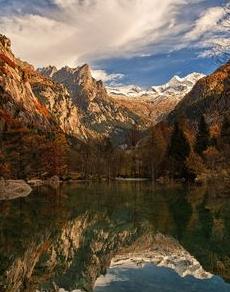 A light-hearted look at life in a sleepy Italian village which slowly awakes to the twenty-first century.

In 1977, Valerie Barona made the decision to join her husband in Piussogno, a small mountain village in northern Italy.  An English teacher born and raised in Dorset, she told of her early years in Piussogno in That’s Amore!, (Matador, 2013) and now revisits her life as a mother and housewife in the 1980s, trying to give her two children an English upbringing thousands of miles from home.

Both children, Alex and Elisa, were bilingual by the age of two and enjoyed annual wet summers in Poole while their friends visited the Adriatic coast.  Valerie herself took an active part in village life, singing in the church choir and giving English lessons, not to mention shooing the occasional stray cow from the garden.

She takes a light-hearted look at her attempts to recreate English cooking and her gradual adjustment to a rural way of life which no longer exists in Italy. As the book draws closer to 2015 and Valerie becomes a grandmother, she marvels at how Piussogno has changed and how quickly her children have grown up.  As the title of the book says, Mamma Mia... That’s Life!

Valerie’s writing is light and peppered with very English humour.  It’s a book to pick up and flick through to relax, and picture an Italian village as it was over thirty years ago. It will appeal to fans of travel writing, particularly lovers of Italy. 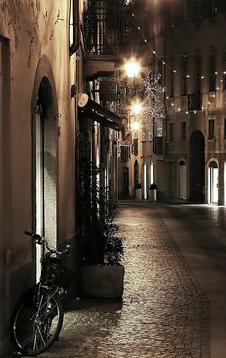