The Graveyard of the Hesperides (Flavia Albia Series) by Lindsey Davis 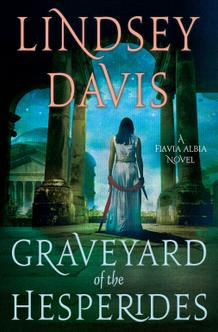 The author of this relatively new series took a chance when she departed from her long-running Falco series in style, target audience and even sub-genre. I was a so-so fan of Falco, and I suppose you could call me a so-so fan of Flavia Albia, too, after reading this entry in the series, but I suspect I'm not the target audience for Flavia's adventures. I'm the right sex but I'm much too old. 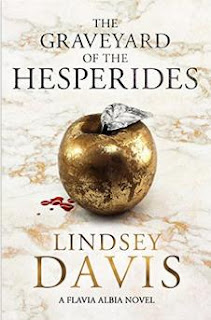 The book's alternate and U.K. cover

The Falco series, for those who don't know, is an Ancient Rome Private Investigator series narrated in classic P.I. hard-boiled first-person by butch Falco. It holds great appeal for male and female readers alike. It is fast-paced and sticks to the case like an arrow, with only some humorous and romantic side steps involving Falco's family and love life.

There is plenty of information provided about life in the Roman Empire, not all of it well-integrated into the stories. Falco writes from his perspective of old age, looking back on his cases and his life. 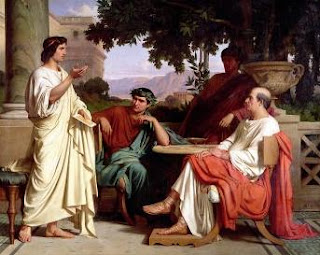 The Flavia Albia series, of which Graveyard of the Hesperides is book number 4, is written in first-person narrative style from the young woman Flavia's point of view, but it is anything but hard-boiled. It reads as if it were a combination of Flavia's case notes and personal diary written with very little of Falco's hindsight.

In classic British detective fiction style there is much musing about the case, much theorizing, and lots of side story concerning the main character's inner thoughts and fears. It holds most appeal for female readers, especially those near the same age as Flavia. In fact, all the U.S. versions of the books have a young woman, presumably Flavia, on the cover.

The historical information is better integrated into the story than in the Falco books, but it might be more than some readers wanted to know. 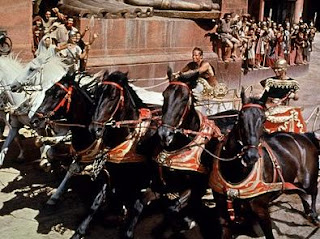 While the U.K. books with their more adult covers have the subtitle “Falco: The New Generation”, since Falvia Albia is Falco's daughter, I suspect that only a fraction of the loyal readers of the Falco series will find the Flavia Albia series to their liking. It is presumably intended for a new reading public for the author, which as I wrote above is a risky thing for an established author to do. On her website she says the series allowed her to present a:

...caustic Albia giving us her refreshing new perspective on the traditional Roman world from the viewpoint of a woman and an outsider. 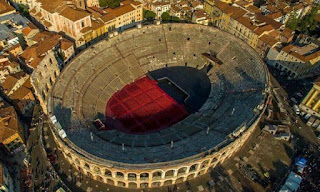 What should you know about this book and this series besides the above? Well... 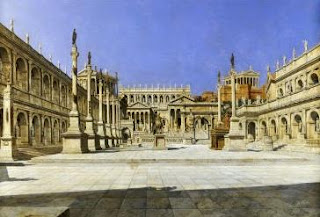 The books in the Flavia Albia Series: 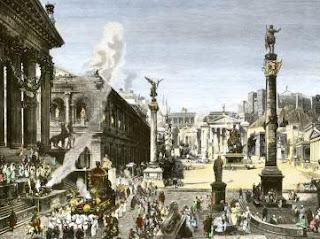 In first century Rome, Flavia Albia, the daughter of Marcus Didius Falco, has taken up her father's former profession as an informer. On a typical day, it's small cases---cheating spouses, employees dipping into the till---but this isn't a typical day. Her beloved, the plebeian Manlius Faustus, has recently moved in and decided that they should get married in a big, showy ceremony as part of beginning a proper domestic life together.

Also, his contracting firm has been renovating a rundown dive bar called The Garden of the Hesperides, only to uncover human remains buried in the backyard. There have been rumors for years that the previous owner of the bar, now deceased, killed a bar maid and these are presumably her remains. In the choice between planning a wedding and looking into a crime from long ago, Albia would much rather investigate a possible murder. Or murders, as more and more remains are uncovered, revealing that something truly horrible has been going on at the Hesperides.

As she gets closer to the truth behind the bodies in the backyard, Albia's investigation has put her in the cross-hairs---which might be the only way she'll get out of the wedding and away from all her relatives who are desperate to 'help.'

Here is a direct link to the book's page at Amazon.com:

I have a page on this site about the author's Falco series.