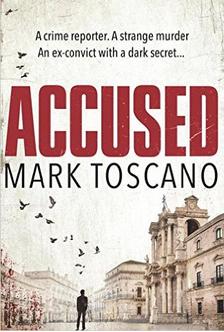 In Accused, the reader meets the Corsaro brothers, Fabrizio and Roberto. The brothers alternate the telling of the crime story in a first person narration. Fabrizio, a self-indulgent, superficial, sadistic man is one character I did not enjoy reading from the first-person, but his family-man, mature, loving brother helped keep me reading the tale.

The novel is divided into three acts entitled Crime, Punishment, Truth. A short Epilog wraps up the end. We get to see how a crime comes to light, how punishment is applied, and how the truth becomes known. 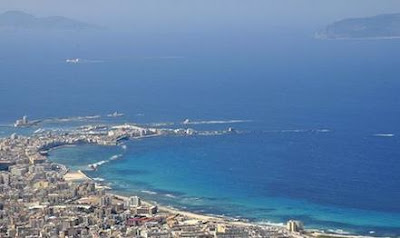 Fabrizio is accused of the crime and his punishment begins even without a conviction. Lawyer Roberto works to clear his brother by investigating and unveiling the truth. As is often the case in real life, no one really comes out a winner at the end, and all are transformed to some extent by their experiences.

The strong character depictions and the realistic portrayal of how prison changes people were the parts that I enjoyed the most in the book.

The time I had to spend inside Fabrizio's head was the part of the novel that I enjoyed the least. 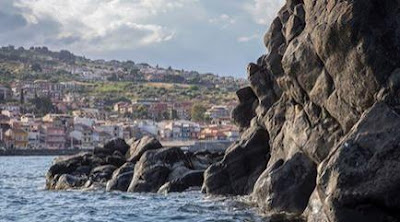 The story takes place in modern-day Sicily and is rich with popular culture references, just as our daily lives are rich with them. The author has created a story that might remind readers of Martin Cruz Smith's novels. FYI there are some vulgarities.

Onofrio Palillo receives compensation many years after the fact for wrongful imprisonment on a charge of murder.

After a series of unfortunate coincidences, journalist Fabrizio Corsaro turns up to find Palillo dead at his home. Police investigations, however, reveal incriminating evidence which leads detectives to suspect Fabrizio himself of the murder. He is arrested, and his brother Roberto, a criminal lawyer, is faced with the task of saving him from this nightmare into which his life has suddenly been plunged. With the help of deputy police prefect Domenico Fisichella, Roberto delves into Palillo's mysterious past.

They discover an old secret which puts them on the trail of the most powerful man in Sicily, Giorgio Moncada.

Here is a link to the book at Amazon.com: