Her Reluctant Bodyguard by Jennette Green 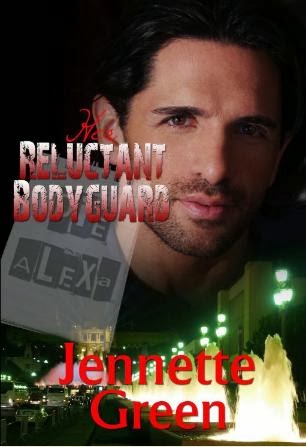 Her Reluctant Bodyguard is a clean (non-pornographic), contemporary romantic suspense novel whose male lead is an Italian-American who is more Italian than American, having spent only his summers growing up in The States.  Jamison Constanzo is a bodyguard to a major British pop-star.  Part of the novel's story takes place in and around Rome, Italy.

That is not the whole reason I purchased this e-book to read and review here.  I was also impressed by the author's sample chapters.  They were clean, well-written, well-formatted, and engaging.  I was not disappointed when I read the book!  It is very readable, flowing nicely, full of fun and romantic interactions between the leads, Jamison and Alexa, a U.S. American woman who has been hired to co-write the pop-star's autobiography.


Entertainingly, Her Reluctant Bodyguard starts off by placing a normal women in an incredible situation:    Alexa, a budding writing, meets her favorite star!  And he asks her out on a date!  And he offers her a job!  Alexa's reactions ring true, as does her thrill at this dream opportunity.

Alexa, however, is a conflicted young woman.  She understands her writing talent, but she underestimates her good looks and love-ability.  She is also consumed with a fear of falling for a man who will hurt her like she's been hurt before.  So she has a cunning plan:  the man she falls for must meet all her stringent, yet arbitrary, characteristics.  Her heart, however, is not accommodating in this matter.  So starts the fun!

Never been to Rome?  Here's a two minute video postcard to give you an idea of the city:

Alexa is not someone who believes in romantic flings:

She would not cheaply or easily throw her heart away again.  In college, she had been lonely and starving for love.  Now she knew that she could survive on her own.  The man to whom she give her heart would have to earn her trust, first.

That Alexa and Jamison will end up together never feels preordained, which is something that is difficult to achieve in a romance novel.  Alexa is Miss Optimistic, as her sounding-board sister calls her, sure that her dream man is out there, and hoping that he might just be a famous pop-star!  Jamison is jaded by his experiences with groupies and with beautiful women who love to toy with men's emotions. 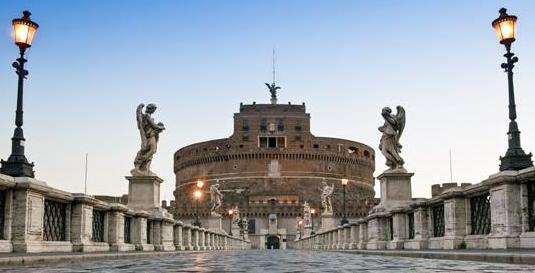 The couple have a romantic moment on a bridge in Rome, Italy

Part of the fun of the novel is that we are given seats alongside Alexa as she encounters the twisted reality that is fame.  The pop-star jokes darkly at one point:

Now you'll be famous, too," Colin joked with a grin.  He waved and blew kisses to his fans as he strolled toward the entrance.  Alexa's heart jumped and skittered.  She was at her favorite star's concert.  And he was holding her hand!  She had to remind herself to keep breathing.  It was hard.  Part of her felt like those teenagers screaming on the sidelines.

The touch with fame brings danger for Alexa, as crazed fans seem intent on her death.  That is why Jamison must guard her 24/7, reluctantly, because of their poor start due to Alexa's rigid views on what she considers an attractive man, and because of Jamison's wary attitude to beautiful women.  As their attraction grows, so does the hostility, since neither wishes to fall for the other, and potentially suffer heartbreak. 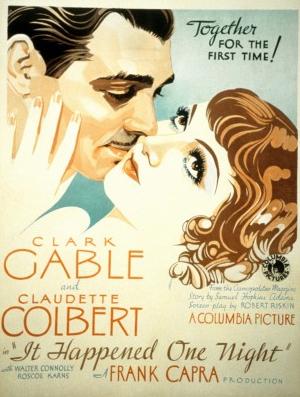 The author compares her protagonists' repartee to Hepburn and Tracy,
but I found it more reminiscent of Gable and Colbert in the film It Happened One Night

There is another element of the story:  religious faith.  Sprinkled throughout the book are passages from The Bible.  Both Alexa and Jamison follow religions that in the book come to feel like a blending of Protestantism and Catholicism.  While the author uses the term "Christian", which is used to mean "Protestant" in the U.S., Jamison was brought up in Italy, so he is most probably Catholic.  It is as if The Schism never happened in this book, which works well for the story.

An element of the story that adds to the pleasure of the novel is the gentle humor the writer uses when describing humorous Alexa's thoughts and fears.  The story is told from Alexa's point-of-view with a 3rd-person limited narration.  Here, for example, is Alexa's reaction to her first kiss from Jamison:

Why hadn't she tried to escape?  Why had she let that happen?

Because she wanted to know what his kiss would feel like.

Now she knew, and it disturbed her.  It was just an experiment, she told herself.  Like seeing if her tongue would stick to a frozen flagpole in the dead of winter.  A dare she had unfortunately accepted as a child.  Neither, she determined now, was an experience she intended to repeat. 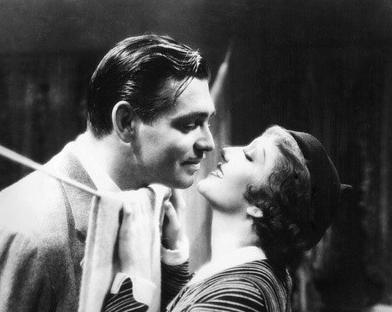 In this entertaining novel we gets lots of clean, romantic interaction between Alexa and Jamison.  The dangerous-fan story builds to an exciting finish, then the novel ends with romance.  Only at one point did I feel there was some repetition, about two-thirds of the way through, but that passed quickly and the story kept up a swift pace to the satisfying end.

Please know that you don't have to be religious to like this book or the characters, so don't be put off if you see the book called a "Christian Romance".  And, yes, I agree, the book cover needs a re-design, which the author promises is coming soon, although she admits to being quite attached to the image of the handsome man on current cover.  ;-)

Alexa's dream job becomes a threat to her life...

When famous pop star Colin Radcliffe asks Alexa to write his biography and tour with him in Europe, she's thrilled.  It all seems like a fairy tale come true—until she begins to receive death threats.  To her dismay, Colin puts her under the 24/7 protection of his chief bodyguard, Jamison Constanzo—a man with whom she’s clashed from day one. 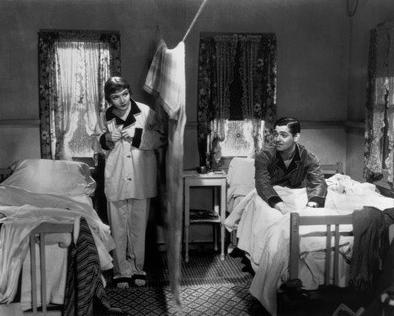 You can purchase and download various e-book editions of Her Reluctant Bodyguard from the on-line e-book store Smashwords.  If you live outside the U.S., you'll find Smashwords a less expensive option for Kindle e-books than Amazon.com.  Smashwords does not add any outside-the-U.S.-surcharge like Amazon.com does.

Direct link to the Her Reluctant Bodyguard page

The book is also available via Amazon.com in both print and e-book editions.  Here are links to Her Reluctant Bodyguard:

The author has other books available in paperback and e-book editions, a Historical Romance and a Sci-Fi Romance.  Coming soon are a Paranormal Romance and a Young-Adult book.  Here are links to her books at Amazon.com.


Visit the author's website page for Her Reluctant Bodyguard.