Wrestling with the Devil by Antonio Russo and Tonya Russo Hamilton 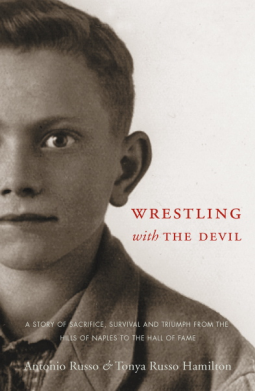 The authors call this book a memoirs.  I requested a review-copy of this book when I realized it was not a memoirs about a year touring Italy, or about Italian lessons in Florence, or about restoring a farmhouse in Umbria, or about setting up a vineyard venture in on ancient Roman terraces, or about a tumultuous love affair with an Italian while on holiday.  I requested this book because it is, in fact, not a memoirs at all; it is an autobiography.

Wrestling with the Devil is an autobiography written by a mature man, Antonio Russo, with the help of his daughter, looking back on his well-lived life.  Mr. Russo has overcome obstacles that only a few of us can say we've shared.  It is refreshing to read something that does not have a transitory, insubstantial feel to it, like so many "memoirs" do these days, written by people either too young or too protected to have lived much, or written by people too self-absorbed and too comfortable to have experienced anything truly extraordinary. 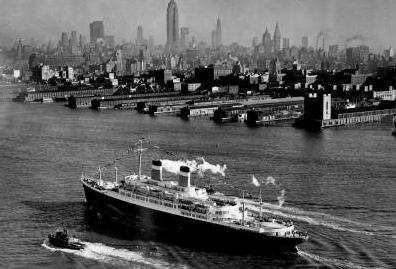 The ship that brought Antonio Russo to America, the SS Independence

The subtitle of the book is:  A story of sacrifice, survival and triumph from the hills of Naples to the Hall of Fame.  This book begins with the author's birth in a small town near Naples, Italy.  His early memories are clear and detailed.  They are evocative of Italy during the Second World War.  At the age of ten, Antonio Russo was sent to the United States, which his mother, who was born in the U.S. while her parents were guest-workers, described this way:

We could have so much more than we have here in Italy, she'd say.  There were jobs for everyone, abundant food, and we could make money and live an easier life--not the backbreaking work we were accustomed to on our small bit of leased land.  She told us that in America, "gli alberi d'oro" lined the street!  Trees that bloomed with gold. 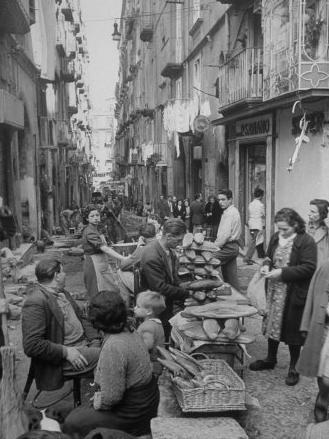 A U.S. citizen because of his mother's U.S. birth, Antonio had to live in the U.S. at least five years before he turned eighteen, or he would lose the dual-nationality status.  That was why his fate was sealed when he was born within the 1941 limit of the law.  Antonio's striving mother decided he had to go to America.  But as he says:

Understanding this vague idea of a better life was beyond my ten-year-old comprehension, and I had no desire to leave my home and my family.

In the Preface to the book, the author mentions the importance of his Italian upbringing:

Along the way, more than once my life story could have easily taken an undesirable turn, and many times I did start down a path in the wrong direction. Somehow, something kept me grounded. A driving force kept me focused and that is what began to define my life. Looking back now, it's easy to see what it was:  my roots deeply seated in the Old World - the importance of family, discipline, and hard work. 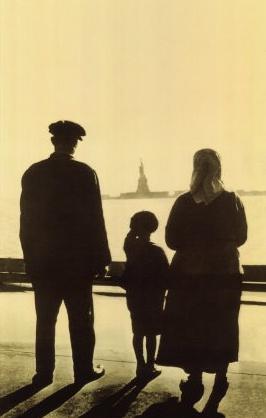 "Quando vedrai Lady Liberty, sarai in America."  When you see the Statue of Liberty, you will be in America. ...August 15, 1951.  (Antonio's grandfather's words.)

I found it fascinating to read the mindset of an athlete.  How does it feel to be so competitive?  How does working up a sweat feel like therapy?  It is foreign to me.  So it was very interesting to see these things from the perspective of an athlete:  the visions of victory, the pump of adrenaline after a win, the dreams of glory, the punishing training regimes. 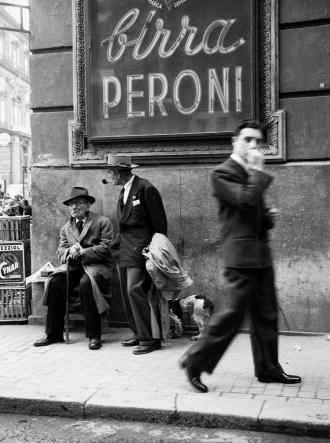 There is an underlying sadness throughout the book, a feeling of loss for the communal and family life in Italy.  Ironically, the period the family chose to leave Italy, is the period that Italy experienced its great leap forward, the fastest growth in the country's history, dubbed the "Italian Miracle".  A move to the north of the country would have given the family a similar prosperity without uprooting them completely from their homeland and without separating the family.  But the lure of America was too great, especially for their mother, who had lived in the U.S.

Just like many immigrants in the past and today, the desire for wealth and an easier life cost Antonio his family, for a time, and his peace of mind, for a long while.  He recounts the price his extended family paid, the same price I have heard many other immigrant families paying:  broken marriages, children losing the support of parents and grandparents, feelings of alienation in a foreign culture, difficulties with schooling and learning a new language, clinging to slum life for the security of remaining within the language and culture group, fights when family members date or marry outside their immigrant group. 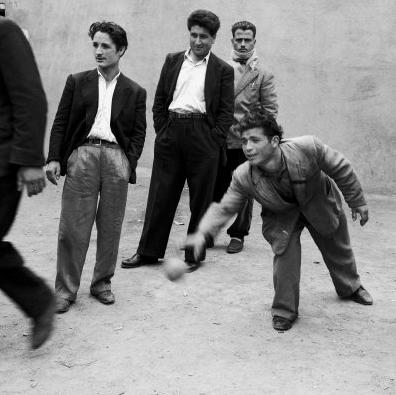 The author's unlikely academic career is truly inspiring.  His coaching career, fueled by the same competitive drive and energy that drove his high school, post-high school, and collegiate wrestling career, inspires as well.  Here are his words:

At that point in time I was driven, and I set out on a mission--a mission to give back to the sport of wrestling in the greatest way possible by elevating regular kids like me; kids who might not do anything else in life, some who might not be cutting it in the classroom and some who might not even be considered athletes if they had been on the football field or the basketball court.  I knew if I could sell them on the sport of wrestling, and if they were willing to work hard, if they were willing to develop the mindset of a champion, great things could happen.  And great things would happen for these kids.

Wrestling with the Devil is very well written, with the engaging first-person narrative voice of Antonio Russo.  The text is clean of errors, and it is stylishly presented.  The author's account of what he experienced in his life is accompanied by family photographs that bring the time, place and people to life.  I enjoyed every word of it!  A wonderful read!

Plucked from his beloved Italian country-side, severed from his family, and placed on an ocean liner in the bay of Naples, Antonio Russo, just ten years old, embarks on the journey of his life.

As he steps foot onto New York soil with not a word of English, his pockets stuffed with salami and provolone cheese and wearing a pair of shoes for the occasion, Antonio recalls the promise from his mother that in America he would find family members to take care of him and the trees blossoming with gold.

This young Italian boy finds himself hit hard with a large dose of reality, obstacles at every turn. These obstacles would become the demons with which Antonio finds himself doing constant battle, but as fate would have it, he one day comes to realize that he is good at something. He finds by chance that he has a natural instinct and ability in the sport of wrestling.

As his story unfolds, it would be the sport of wrestling that ignites a passion and guides him to the realization of his true potential, giving meaning to the struggle he and his family would endure in their journey from Southern Italy to the United States to create a better way of life.

Wrestling with the Devil is yet another beautiful book published by Gemelli Press, a small publishing house specialized in books having to do with Italy.

Direct link to the book's page at Gemelli Press.


The book is available in hardback, paperback and e-book editions.  Here are links to the book at Amazon.com:


Never been to Naples, Italy?  Here is a two minute video postcard of the city: