River of Shadows by Valerio Varesi 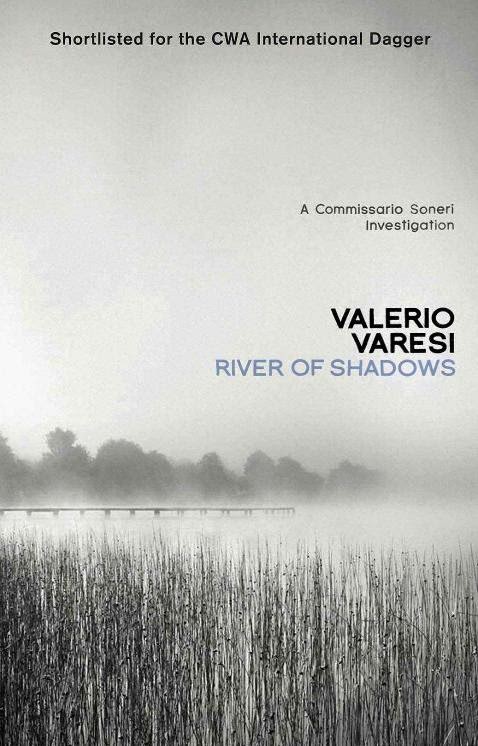 River of Shadows is the first book in a police-procedural series set in the Po River Valley of Northern Italy, featuring the senior police officer Commissario Soneri.  The book is translated from the original Italian.  River of Shadows is slow-moving, atmospheric about the Po River area, and with an eye more in the past than in Italy's present-day.

The first sequence of River of Shadows is a long, detailed description of the rain causing flooding on the Po River, a barge traveling down the swollen river, evacuations taking place, and the authorities struggling to cope.

All of the long first sequence is told through the eyes of the elderly members of a boatman's club from the interior of their waterfront clubhouse.  Artfully done and masterfully written, it will enthrall some readers, but it will repel other readers, those who are more used to fast-moving action sequences. 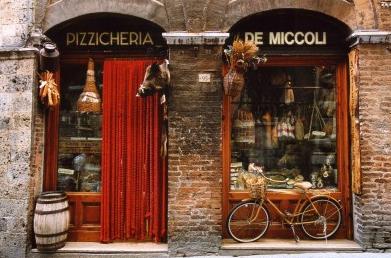 Here is a meditation by one of the old boatmen in River of Shadows:

He thought of the Po, where everything converged and where sooner or later he too would end up, he thought, like the water perpetually flowing downstream.

The boatmen are as much central characters of River of Shadows as Commissario Soneri.  The policeman spends lots of time with the boatmen on the River Po in the course of the book.  Here is Soneri contemplating an old boatman:

All that remained for him was the Po, his landscape, the mist and that little corner of his past which opened up inside the doors of Il Sordo (a local bar). Third-person limited narration puts us in the head of Commissario Soneri, which is not necessarily a nice place to be.  He is a difficult character:  rude, uncommunicative, moody, selfish, fixated, irritable, brusque, and petty.  Soneri admits:

...curiosity had the same impact on him as caffeine...

Under the influence of that addictive irritability-inducing curiosity, Soneri pursues his case without a thought for anyone else.  Commissario Soneri's primary release is food and wine, so we are treated to all his menus. 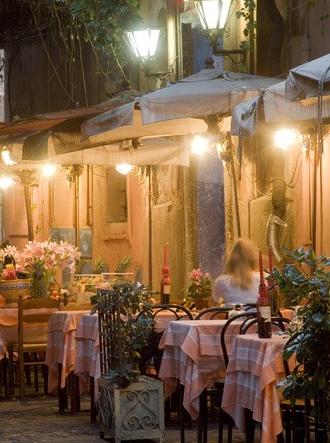 Commissario Soneri's secondary release is the most discordant feature of the book.  A cop-groupie woman has latched onto Soneri, his high rank in the police force a turn-on.  She uses him throughout River of Shadows to indulge her other big turn-on, having sex in crime scenes and in the homes of crime victims.

No, I am not kidding.  The cop-groupie just shows up at places Soneri is investigating, and demands sex from him.  The sex is not described in detail, but that does not lesson the creepiness and perverse disrespectfulness of the acts.  At other times, she coerces Soneri into taking her to the crime scene to have sex there.  She even tells him that if he tries to have sex with her in his own bed, she will leave him.

The author makes a point of showing that there is no affection between Soneri and the woman, but only a sexual relationship that would disappear if Commissario Soneri were not a policeman, and if the woman were not indulged in her creepy perversion. 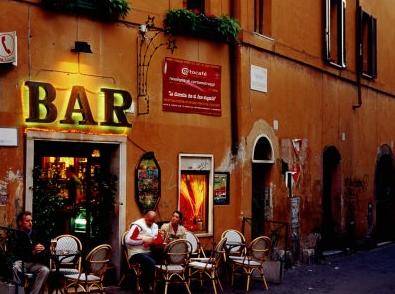 Italy's past battles between Communists and Fascists plays a central role in the story of River of Shadows.  You do not have to be an expert in the era to understand the book, but some understanding of the politics of then and now would help the reader appreciate all the political references made in River of Shadows.

While the ending of River of Shadows does have Commissario Soneri getting the killer, it is not a satisfying ending.  An epilogue would have added greatly to the sense of closure for this reader.  The ending, as it is, is too abrupt, without tying up loose ends, and without letting us now how the resolution of the case is treated by the media, and by Soneri's bosses, and the boatmen, all three of whom have become elements in the story. 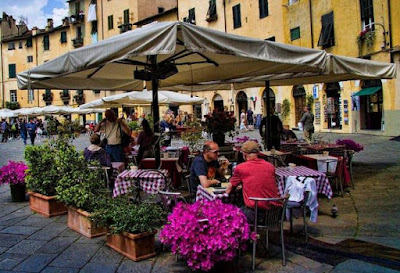 If you are a non-Italian reader of Italian crime fiction, the note at the beginning of River of Shadows will interest you:

The Maresciallo (carabinieri) and Commissario Soneri (polizia) can only be coordinated by the questura, otherwise they report to different ministries.  As to the different hierarchies, the mareciallo is a rank below the commissario.

Introducing Commissario Soneri and shortlisted for the C.W.A. International Dagger, River of Shadows is a brooding, visceral crime novel packed with atmosphere and tension.

A relentless deluge lashes the Po Valley, and the river itself swells beyond its limits. A barge breaks free of its moorings and drifts erratically downstream; when finally it runs aground its seasoned pilot is nowhere to be found.

The following day, an elderly man of the same surname falls from the window of a nearby hospital. Commissario Soneri, scornful of his superiors' skepticism, is convinced the two incidents are linked. Stonewalled by the bargemen who make their living along the riverbank, he scours the floodplain for clues. As the waters begin to ebb, the river yields up its secrets: tales of past brutality, bitter rivalry and revenge.

The books have been adapted to TV-films called Nebbia e delitti (Fog and Crimes) for Italian television.  They are shown on British TV with English subtitles.  Here is a two minute video trailer for the show with just the distinctive sound track to accompany it, no dialog.

The books in the Commissario Soneri Investigations Series are:

The books are published by Quercus Prime Crime at Maclehose Press.

Direct link to the author's page

Here are direct links to River of Shadows at Amazon.com in both e-book and paperback editions:


Here are direct links to all the Soneri books at Amazon.com: