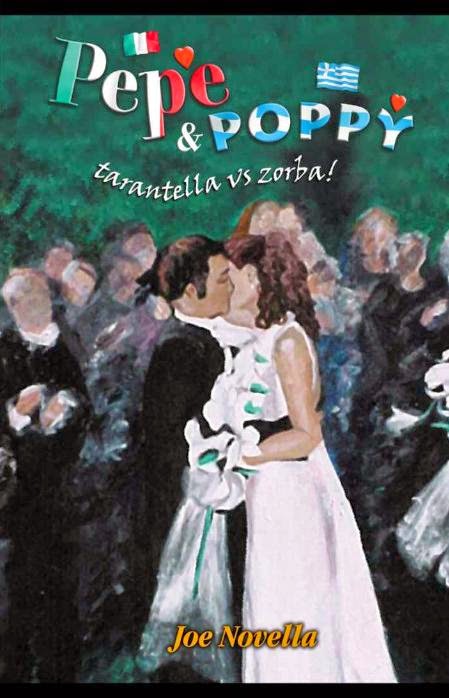 Pepe & Poppy is a romantic-comedy-coming-of-age story set in Melbourne, Australia, within the city's large Italian immigrant community.  Actually, Pepe and his brother Charlie, the first-person conversational narrator of the story, are hyphenated Italians, the first generation born in Australia.  Poppy, however, is from Melbourne's large Greek immigrant community, a first generation child, too.

Pepe and Poppy meet and fall in love.  Today, that would be less of an event.  However, in the early 1980s, where the book is set, this is akin to a tragedy for the two lovers' families.  Pepe's family's biggest worries are: 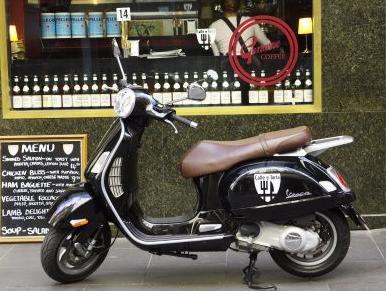 
The author has his narrator not only tell the story, but explain to the reader the "realities" of being a Italian-Australian.  Here is his introduction to his family:

...let me let you in on a very important fact and that is Italians think themselves the best lovers, fighters and most cultured people on the face of the earth.  But what really makes them Italian is their love of family, closely followed by the home, the garden, their passion for celebrations and their desire to outdo all of their relatives.  My family was typical of Italian families in Australia in the eighties. 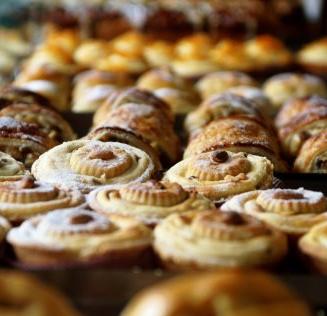 As the story progresses, the narrator lets us into what he learned from the events he relates in the book, about how similar Italian and Greek-Australians can be:

Italians and Greeks have uncles, aunts, cousins and grandparents as far as the eye can see.  Back then family also meant paisanni -- anyone who grew up in the same town as your parents -- and those who baptized your kids, sponsored your confirmation and generally anyone who'd helped the family prosper.

The narrator tells us that his father came to Australia from Calabria, Italy, when he was a twelve-year-old boy, and build up his fortunes until he lived a comfortable life with his family.  A large part of that life was attending celebrations feted with homemade wine and food:  weddings, engagements, baptisms, first communions. 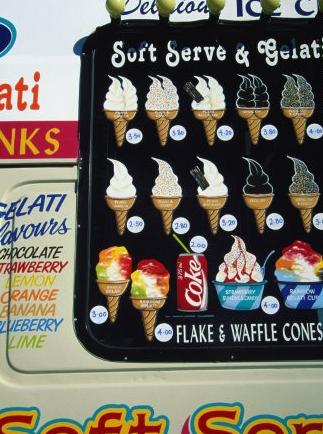 Let me just add a comment about Australian English for any non-Australian readers, and about the tone of this novel:  it can be a bit vulgar and crude, but it is rich with humor and a zest for life.  Some Aussie words might be unfamiliar, such as relos for relations, and bog-catcher for underpants, and chooks for chickens, but all the words are understandable in context.  There is also the frequent use of the word wog, a racially derogatory term that in Australia has been appropriated by those against whom it was used, to refer to themselves as a group. 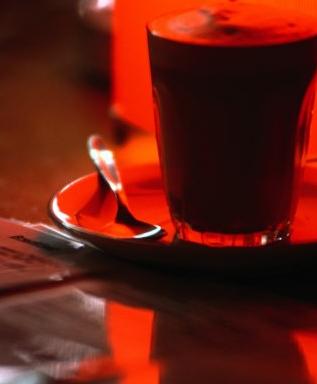 
Pepe & Poppy is rich with humor, especially concerning the eccentricities of the families.  There are plenty of off-hand observations about Italians, like these:

...there's nothing scarier than silent Italians; it's unnatural.

Italians love emotional people.  If you're reserved you either have something to hide or you're just plain stupid.

The cultural references from the early eighties are fun, too; lots of nostalgia.  Pepe & Poppy has a cinematic structure, making it easy to imagine the book as a film.  It would make a colorful, goofy, romantic, nostalgic film. 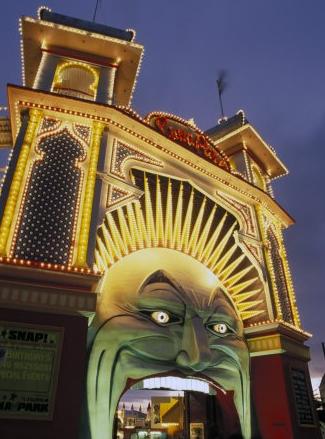 
In the end, Pepe & Poppy is a funny story about a cultural melting-pot.  In the background of the story is the suggestion that today's Australia is home to better-acculturated hyphenated Greeks and Italians, and that the Australian society is more appreciative of the best of Greek and Italian culture.

Here is the narrator commenting on the mixing of his family and his brother's fiancé's family, and why it works:

When an Italian marries a Greek, you get the union of two lots of people who believe themselves to be the creators of modern civilization...

Pepe & Poppy is well-written, well-constructed, well-edited, and very entertaining.  It transports you to another world, immerses you in it, and leaves you feeling better for it, in the end.  You can feel lots of love behind the words.  It is a love-story for Pepe and Poppy, but it is a coming-of-age story for Pepe's brother, Charlie. 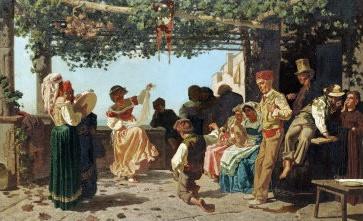 Pepe and Poppy is 'My Big Fat Greek Wedding' meets 'The Wedding Singer'.  A heartwarming story of love and acceptance.  A true celebration of cultural diversity.  If you loved the 80's, if you come from a multicultural family, if you love to laugh, then this is the book for you.

It's 1983 in the multicultural city of Melbourne and the worlds of Italy and Greece are about to collide.  Giuseppe Allevoni, from good Italian stock, and Kaliopi Papadopoulos, a good Greek girl, fall in love and set in motion a culture clash that, while at times comical, threatens to tear the young lovers apart.

Set against the backdrop 80's fashion in a world of discos, home-grown tomatoes and pissing-angel fountains, Pepe & Poppy is a charming and heartwarming story about love and acceptance and the universal similarities between us all.


Never been to Melbourne, Australia?  Here is a one-minute-thirty-second video postcard of the city, the setting for the book:


The Pepe & Poppy e-book can be downloaded from Smashwords, a major on-line retailer of e-books, offering each book in various e-book formats, for instant download, with no extra fees for non-U.S. customers.

Pepe & Poppy is also available via Amazon.com in Kindle e-book and paperback editions.  Here are direct links to both: