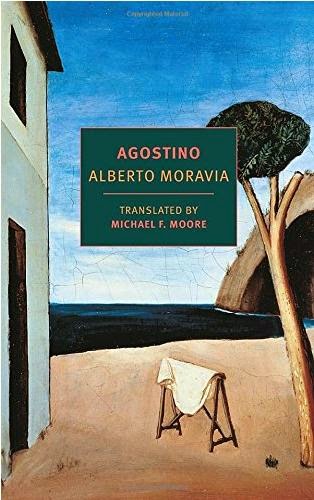 This English translation by Michael F. Moore is of the 1945 classic, coming-of-age novella, Agostino, by the late Italian novelist Alberto Moravia, which is why I requested a review-copy of this book.

From the first lines of the book, we know that thirteen-year-old Agostino views his mother more like a girl-friend than a mother.  He loves others to admire her beauty while she is with him, feeling special being her special companion.  He dislikes men sharing their company, since they are possible rivals for his mother's attention.  He loves the intimacy of their relationship when they vacation together by the seaside.

The author calls the son's affection for his mother what it is:  an infatuation.

...the intensity of his filial vanity and the turmoil of his infatuation would linger for many years to come. 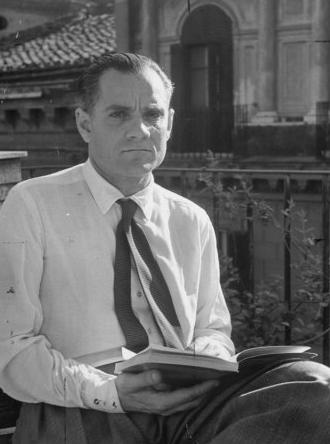 Agostino is a highly self-conscious, observant boy, with emotions that tend to possessiveness and humiliation.  He also has masochistic tendencies that he indulges with his mother and some beach boys.

The novella was adapted to film in 1962, in Italian.  Here is an old trailer for that film:

Moravia's writing skill is sure and firm and confident, without being pompous or flowery.  The dialogue of the beach boys and their actions are realistic and reminiscent of the book Lord of the Flies, which depicted the uncivilized, sadist life of children left on their own.

There is always an uncomfortable, underlying, unspoken feeling of threat in the story.  One feels Agostino is just a step away from disaster, either with his mother, or with his new-found "friends".  I recall having the same feeling while reading the classic short-story The Lottery, about a sadistic lottery in a small American town.

Sexuality that was, obliviously, all around him all his thirteen years suddenly becomes clear to Agostino, in uncomfortable and awkward ways.  Puberty strikes!

The dark realization came to him that a difficult and miserable age had begun for him, and he couldn't imagine when it would end.

The hardest part of all this is Agostino's relationship with his oblivious mother, a widow who is too used to living alone with her son, that she has forgotten about modesty.  Her teenaged Agostino is made increasingly uncomfortable by his mother's immodesty and unrestrained sexuality.

Sometimes he wondered how older boys, knowing what he knew, could still love their mothers.

The summer and Agostino's association with the rough group of beach boys transforms Agostino into a young man who is uncomfortable in both his high-class world, and in the rough, crude world of the poor.  Agostino is lost somewhere in between the two classes. 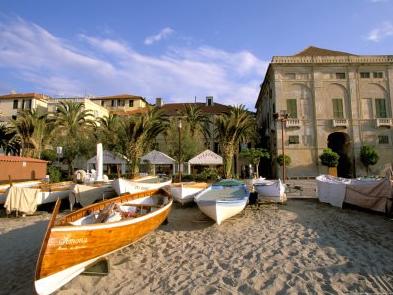 Agostino is also full of self-loathing for his sexual feelings toward his mother, causing him to debase himself and to embrace deceit.  He is left longing to become a man, a euphemism for a sexual man, for sexual relations with women, hoping that will stop him from desiring his mother.

Yes, Freud had a great influence on Moravia!  As did growing up an Italian male in a society where mothers often turned to their sons for emotional support, rather to their unfaithful, macho husbands.

The translation is wonderful, communicating the force of Moravia's powerful, un-embellished prose.  The biggest compliment one can give a translation is that it doesn't read like a translation, and that is the case with Agostino, translated from the original Italian by Michael F. Moore.

From the book's description, which gives rather too much away:

A thirteen-year-old boy spending the summer at a Tuscan seaside resort feels displaced in his beautiful widowed mother’s affections by her cocksure new companion and strays into the company of some local young toughs and their unsettling leader, a fleshy older boatman with six fingers on each hand. Initially repelled by their squalor and brutality, repeatedly humiliated for his well-bred frailty and above all for his ingenuousness in matters of women and sex, the boy nonetheless finds himself masochistically drawn back to the gang’s rough games. And yet what he has learned is too much for him to assimilate; instead of the manly calm he had hoped for he is beset by guilty curiosity and an urgent desire to sever, at any cost, the thread of troubled sensuality that binds him to his mother still.

Alberto Moravia’s classic and yet still startling portrait of innocence lost was written in 1942 but rejected by Fascist censors and not published until 1944, when it became a best seller and secured the author the first literary prize of his career. Revived here in a sparkling new translation by Michael F. Moore, Agostino is poised to enthrall and astonish a twenty-first-century audience.

This English translation of Agostino is published by the NewYork Review of Books Classics:

Direct link to Agostino at NYRB-C


Here are direct links to Agostino at Amazon.com, to this English translation and to the original Italian edition, and to a collection of Moravia novels which includes Agostino.


Here are more books published by the New York Review of Books Classics that are set in Italy: