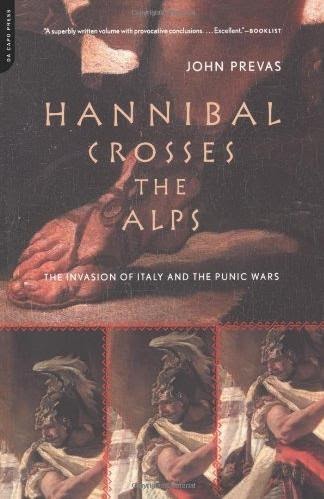 The subtitle of this books is The Invasion of Italy and the Punic Wars, but the book is not limited to only those subjects.  While the book concentrates at least half of the roughly 200 pages on Hannibal's Alp crossing from Gaul (France) to Italy, we also get a history of Hannibal's family and the city-state of Carthage, plus much history of Ancient Rome, mainly in relation to their arch rival, Carthage.

There were three Punic Wars.  Punic is the ethnic name for the people who settled the city and state of Carthage in North Africa, not far from Sicily.  The Punic people were originally Phoenicians from Tyre, in today's Lebanon.  Punic is also the name for their language, a Semitic tongue that was written with the pretty much the same alphabet we use today, and which I am using right now to write this review. 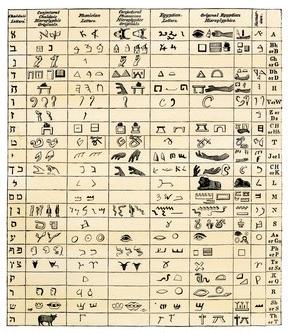 While they had a great alphabet, and a fantastic location to levy tolls on ships traversing the Mediterranean Sea, and a great fleet of ships, and a fantastic city, the Carthaginians were horribly sadistic to friend and foe, and lacking in loyalty to each other, and in honor in their word to others.  Treaty after treaty with Rome was broken, and military leader after military leader was crucified for failure in battle, battles that were little more than wholesale slaughter.

Hannibal Barca's family was involved in all of the Punic Wars, many asserting that Hannibal and his brothers orchestrated the second war to avenge their father's losses in the first war that was waged in Sicily.  When the third war was over, Carthage paid the ultimate price:  Roman forces tore down the city-state brick by brick, and spread salt on the fields surrounding the city, to prevent the growth of crops needed to support a new city. 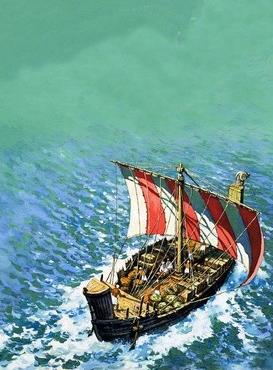 The Punic Wars were fought in North Africa, Spain, Sardinia, Sicily and on the Italian peninsula.  From 264 B.C. to 146 B.C. the wars between the two Mediterranean trading nations were fought to control trading outposts, trade routes, travel taxes, and markets for goods.  Carthage was the established trading and naval power.  Rome was the up and coming trading and land army power.

The author begins the book with a brief summary of all three Punic Wars, then he describes the founding myths of Carthage and Rome, and then explains the hostility between them.  We learn of archeological and linguistic evidence about the rivals, and how both societies functioned, and how they grew from small settlements to trading superpowers. 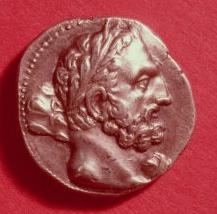 Punic Coin Bearing the Head of Hamilcar Barca (circa 270-228 BC) Minted at Carthage, circa 230 BC

Sadism is a running theme in the story of the two empires.  I won't get into all that sickness here, but be prepared for it if you want to study this history:  institutionalized sadism from slavery to crucifixions to torture to infanticide.  The 150+ years described in this book is connected by a string of barbarities committed by both sides of the conflict.

This is really a book for Hannibal historians to indulge in their fantasies of following along as Hannibal moved his military forces (including his famous elephants) from southern Spain, up the coast of Spain, passing into Gaul (France), traversing Gaul to the French Alps, and then maneuvering a difficult Alpine pass, past savage Celtic tribes, descending into Italy's Po Valley, and continuing on for nearly two decades through the rest of the Italian peninsula. 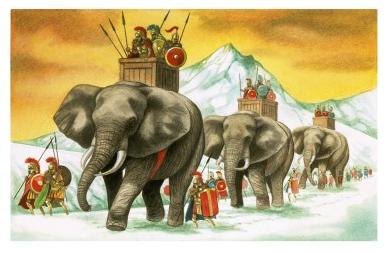 The author describes his sources as being mainly the surviving writings of Polybius and Livy, to which I provide links below, as free e-books.  The prose is not always smooth, and there is some repetition.  The painstaking detail of the Alpine trip might be tedious for some readers.  The events after the Alp crossing are condensed in the final sixth of the book.  But the author does make his central thesis clear:  the battles with Carthage forced/taught Rome to learn to become the world power that would dominate the Mediterranean and beyond for centuries to come.

For the diehards, here is a possible route through the Alps for Hannibal shown using GoogleEarth's images, some from varying times of the year, to show what the conditions might have been like for Hannibal.

When he left his Spanish base one spring day in 218 B.C. with his 100,000-man army of mercenaries, officers, and elephants, Hannibal was launching not just the main offensive of the Second Punic War but also one of the great military journeys in ancient history. His masterful advance through rough terrain and fierce Celtic tribes proved his worth as a leader, but it was his extraordinary passage through the Alps—still considered treacherous even by modern climbers—that made him a legend. John Prevas combines rigorous research of ancient sources with his own excursions through the icy peaks to bring to life this awesome trek, solving the centuries-old question of Hannibal's exact route and shedding fresh light on the cultures of Rome and Carthage along the way. Here is the finest kind of history, sure to appeal to readers of Steven Pressfield's Gates of Fire: alive with grand strategy, the clash of empires, fabulous courage, and the towering figure of Hannibal Barca. 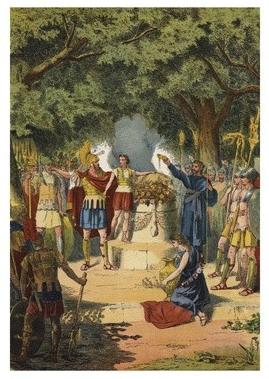 The Oath of Hannibal, to his father that he will see to the destruction of Rome, in exchange for following his father into battle in Spain


The book is published by Da Capo Press.

Founded in 1964 as a publisher of music books, Da Capo became a general trade publisher in the mid-1970s.  It joined the Perseus Books Group in 1999.  Today it has a wide-ranging list of mostly nonfiction titles, both hardcover and paperback, focusing on history, music, the performing arts, sports, and popular culture. 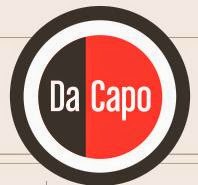 Direct link to the book at DaC

Direct link to the author's books at DaC


Here are direct links to the book at Amazon.com.

If you are interested in reading the original sources in translation, they are available from Project Gutenberg, the grand-daddy of free e-books sites on the Internet.

Direct link to the The Histories of Polybius Vol. 1 e-book listings

Direct link to the The Histories of Polybius Vol. 2 e-book listings

Direct link to the Livy's History of Rome in 5 Volumes


Here is the Engineering an Empire story of Carthage with some stunning computerized recreations, and the whole story of the city-state and Empire in just 44 minutes.