The New Deal in Old Rome by H. J. Haskell 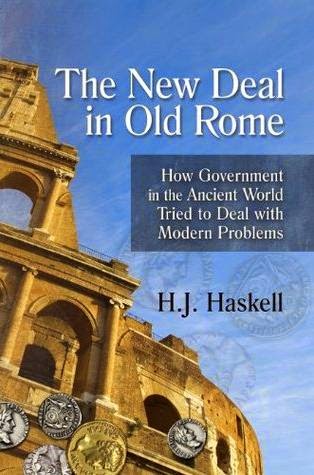 The subtitle of this book is How Government in the Ancient World Tried to Deal with Modern Problems.  Actually, "Modern Problems" would have been better as "Timeless Problems", since the book demonstrates that poverty, unemployment, wealth concentration into too few hands, and controversial programs for wealth redistribution are, indeed, timeless and inevitable problems of commercial societies.

This slim volume (136 pages) was written when The New Deal in the United States was implemented.  For those who do not know about The New Deal, implemented under President Franklin Roosevelt, a minimal social net was created, and greater regulation of financial institutions was instituted to recover from the Greta Depression and to prevent another economic crisis from happening.  Another part of The New Deal was a price protection program linked with subsidies to protect farmers from price shocks. 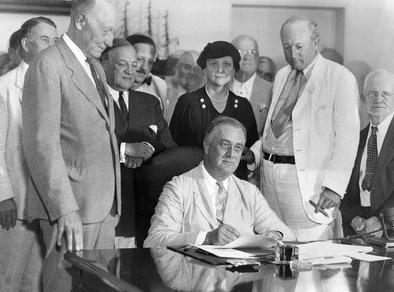 A fascination developed among the well-educated about "instances of government intervention in the ancient world" and this book was written to address that fascination.  The author was a journalist and editor with the Kansas City Star newspaper, and he was an amateur historian with a broad classical education.  He was also a two-time Pulitzer Prize winner for editorials he wrote for the paper.

The author provides maps that show the expansion of Rome over 1000 years from city-state to Empire, from roughly 800 B.C. to 200 A.D.  These are the chapter headings: 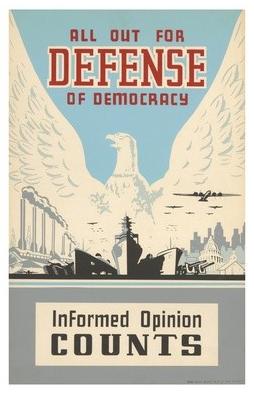 Depending on one's views on The New Deal and on social nets, one will take the author's research and twist it one way, or twist it another way.  The author himself seems to be of the "twist it positively" persuasion.

The failure of the roman system to furnish decent minimal standards for the mass of people was a fundamental cause of instability, both political and economic. 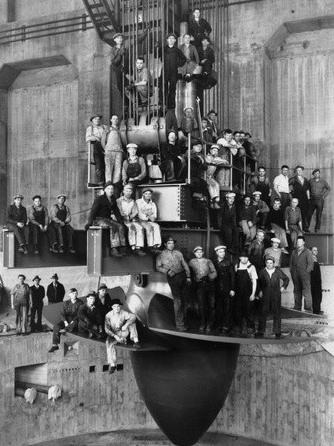 Workmen on the Giant Turbine in the Powerhouse of the Bonneville Dam, Ca. 1937, part of the infrastructure programs that were part of The New Deal

As anyone who studies Roman history knows, you can always find something to support any argument you choose to make about the Romans.  Mussolini used Roman history to justify his Empire building, massacres of natives in Africa, the establishment of a police state in Italy, the withdrawal of rights from women and minorities in Italy, the repression of his detractors, vast governmental subsidies, and monumental building programs.

The author visited Rome during this Fascist era, and he marveled in Mussolini's archeological program in Rome, which dressed up the newly exposed Roman ruins in the center of Rome, and built special museums to exhibit the finds and displays to convey ancient Rome's (ancient Italians') greatness, all under the guise of celebrating the 1000 year anniversary of the birth of the first roman Emperor, Augustus (Octavian), who Mussolini felt he was emulating. 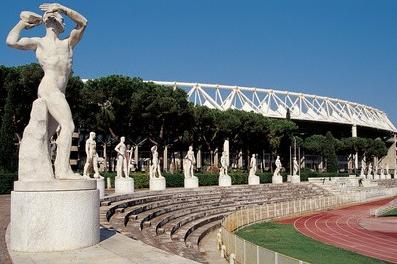 Why was the Roman Empire so wealthy and successful?  They created a large free-trade area that covered all the areas Rome conquered.  They guaranteed the freedom of movement around the Empire, enforced strict property laws, protected trade routes, built and maintained necessary infrastructure, established fast communication routes and systems, developed a sophisticated and stable financial system, established the rule of law backed up by a strong civil service, and maintained strong government spending programs.

What were some of the problems with the Roman Empire?  First and foremost is the trade in human beings, slavery, which debased people's morality as well as undercutting employment for the low skilled.  Other problems included corruption and racketeering, a large and underused labor class, a very small middle class made up of traders who serviced mainly the upper class, and a very small upper class who locked up the ownership of much land and thus most of the wealth of the land-based economy. 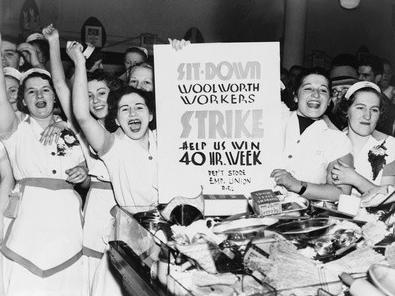 If you wish to begin a study of Roman history, I would recommend this little book!  The author provides a wonderful summary of Roman society and history.  Here is his excellent timeline: 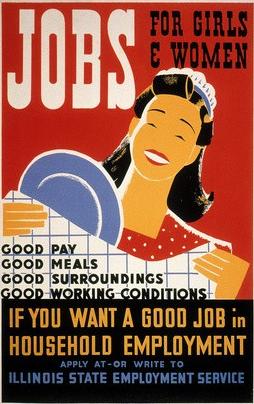 Clearly The New Deal did not tackle sexual inequality

The timeline is followed by a so-called "Tour of Orientation", which is a brief summary of Roman history, hitting all the right points.

Roughly, the history of Rome which we are to survey covers a period of a thousand years, divided sharply in the middle shortly before the birth of Christ.  For the first five hundred years the city-state thought of itself as a republic governed by a council of elder Statesmen, the Senate, in conjunction with assemblies of all citizens and with elective magistrates.  For the last five hundred the government hardened into an autocracy, "despotism tempered by assassination".  The Republic finally disappeared shortly after the murder of Julius Caesar; the Empire began with the accession of Augustus. 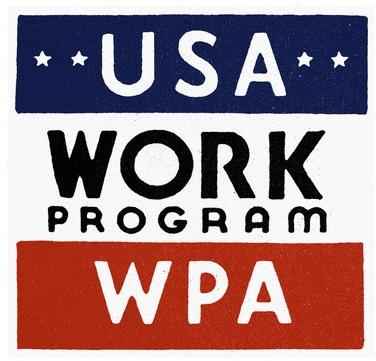 Political economics teaches us that the natural give and take of a capitalist system leads for the accumulation of great wealth in few hands.  Laws and law-enforcement are necessary to prevent the establishment of monopolies and consortia who seek to rig markets.  The redistribution of wealth through taxes and subsidies are a necessary element in capitalism if it is to be made a viable system to last over time.

However, as the author points out, great wealth and luxury in a society can bring about a culture of avarice and self-indulgence, which can destroy necessary characteristics such as self-discipline, reasonableness, and a readiness to compromise.  When the wealthy refuse to submit to the rule of law which limits their power and accumulation of wealth, and they refuse to pay the taxes required to maintain a healthy capitalistic economy, the system suffers shocks such as booms and busts.  Wise moderation goes out the window. 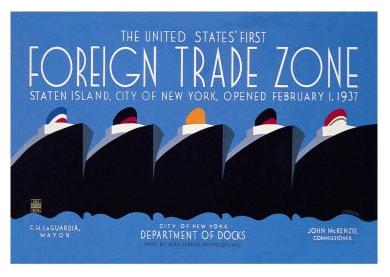 So what sort of programs did Ancient Rome use to keep the economy of the Empire healthy?  These will sound very familiar to anyone who keeps up with modern economics. 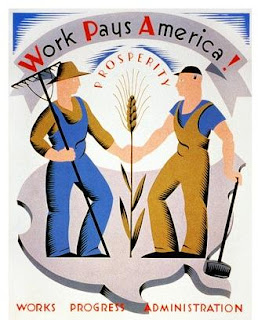 WPA poster highlighting their projects to support farmers, like irrigation and dams, and electricity generation and distribution to better the life of rural families

The author also discusses what the Romans should have done, but didn't do, to stabilize their economic system and avoid collapse.
This is a fascinating little book that I highly recommend so that the reader can understand the background and substance of discussions that fill today's economic news.  There is nothing new under the sun, so why not learn from what has come before us?  It might help us to avoid those mistakes that can prove so costly. 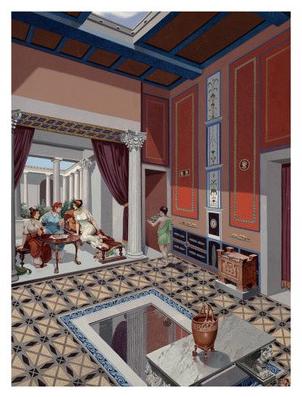 The Roman aristocrats were the only ones who lived decent lives

This book was originally published in 1939, and updated in 1947, by Alfred A. Knopf.  It has been reissued by the Ludwig von Mises Institute.

The Mises Institute is the world’s largest, oldest, and most influential educational institution devoted to promoting Austrian economics, freedom, and peace in the tradition of classical liberalism.

Austrian economics is a method of economic analysis, and is non-ideological. Nonetheless, the Austrian School has long been associated with libertarian and classical-liberal thought—promoting private property and freedom, while opposing war and aggression of all kinds.

Direct link to the book at LvM

Direct link to the free PDF ebook at LvM
(opens in your browser, and you can then save it to your computer) 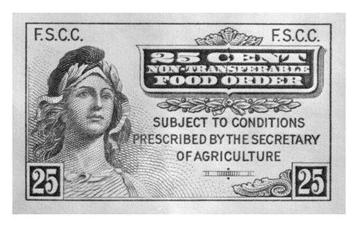 First Food Stamp Program Operated from May 16 1939 Through Spring of 1943, to stop starvation in The United States of America


What a fantastic way to learn ancient history: via the parallels with modern times.

H.J. Haskell was a journalist with a huge background in ancient history, and here he does what everyone has wanted done. He details the amazing catalog of government interventions in old Rome that eventually brought the empire down. He shows the spending, the inflating, the attempt to fix prices and raise wages, the infrastructure boondoggles, the gross displays of public entertainment, the welfare scams, and much more.

At every step he draws a parallel with modern times. Modern governments also destroy the money to fund the state, extend vast military empires that are unmanageable, try to control the market order, and attempt to rig political decision making in order to buy off the population.
The comparisons between then and now generate ominous lessons for our times.

This book was a smash hit when it first came out in 1939, and yet it went out of print, and hasn't been in print in half a century.

The writing is clear, the research impeccable, and it teaches modern and ancient history in one entertaining yet scholarly package.

What a triumph of research and writing this book is! 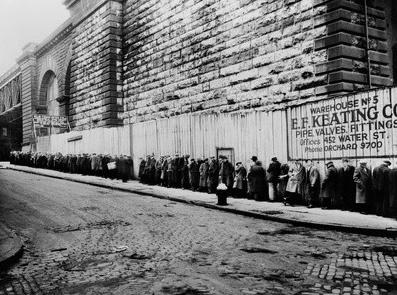 
Here is a direct link to another reprint of the book that is available at Amazon.com: