Italian Venice: A History by R. J. B. Bosworth 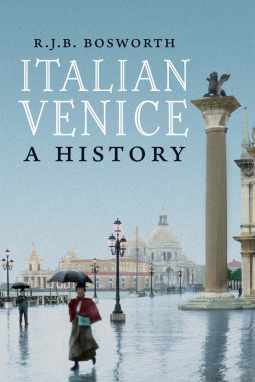 Why do people often come to hate the people who provide them with a living?  Doctors abhorring and ridiculing their patients; lawyers mocking their clients; shopkeepers disrespecting their shoppers; public servants thwarting the public?

It is resentment, most likely, from the knowledge that they would not make a living without those people.  That resentment causes them to take offense when none is given, and to lash out with vitriol when none is warranted, to treat people with great disrespect and contempt.

This is what I think of when I recall my last visit to Venice, Italy.  Mass tourism gives the people of Venice a living that they would not otherwise have in their impractical, archaic city.  The tourism receipts and taxes pay for the upkeep of the ancient structures and infrastructures, prolonging the life of a dying city.

And yet many Venetians treat the city's eager, joyous visitors with a general contempt.  In most cases the contempt is restrained, but I witnessed, and suffered, cases of lack of restraint, cases of face to face hostility and insult that was in no way provoked. 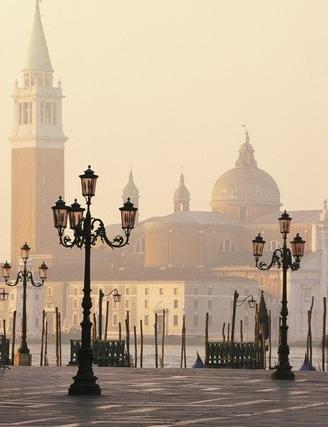 All of the above is a, perhaps inappropriate, prelude to my response to the book, Italian Venice:  A History, a history of the watery city that covers the short "Italian" era of Venice's long history:


Reading this book, Italian Venice:  A History, you'll get a glimpse of the history that Venice has experienced in the past 200+ years.  That was why I requested a review-copy.

The author asserts that after Italian unification, which Venice joined in 1866, Venice instituted a campaign to keep the city as it was in the past, during their glorious Republic, for posterity and for tourism.  Actually, Venice had instituted the policy long before that, avidly and actively promoting its republican decadence to tourists for centuries.

Come to Venice, sin with our prostitutes behind the protection of a mask.
What happens in Venice, stays in Venice!

Since trade routes west opened up alternate trade routes to the east, Venice had declined into an impoverished, crumbling version of its former glorious self.  Not just the women and boys prostituted themselves, but the city itself.  There is nothing new under Venice's sun, except the attitude that many of the citizens of the city have that they are put upon by the very people who give them a living.

The book reads too often like a "review of all books ever written about Venice".  Quotes fill the text, dropping names at such speed that I expected the Bibliography/Notes section of the book to be equal in length to the book itself!  In fact, the end matter of the book takes up 85 pages, with the book's text filling roughly 250 pages.

We are also treated to a Who's-Who of anyone of any import who ever lived in Venice during the history covered, for even short periods.  The author does touch on the contempt for modern tourism, but only lightly.  His main thesis is that Venice has always been an international tourist-filled city, and should remain an international tourist-filled city. 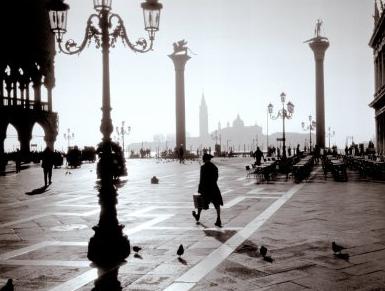 The author attempts to distance his view from many pompous, elitist views that have found their way into publication over the centuries.  His historical sketches of Venice's influential men, the most notable Volpi and Roncalli and Cini, are interesting, and often accompanied by photographs of their monuments in Venice.

Sorry, but back to my griping...I grew up in a city that earned much of its revenue from tourism, in the days before mass tourism had a name.  Instead of contempt, we enjoyed the tourists, and helped them whenever we could to appreciate and experience the history, and present, of our special city.

We understood what they brought to us economically, but we also appreciated the refreshed vision they gifted to us.  They allowed us to see our beautiful, unique city through new eyes, to appreciate the beauty anew, to relish the unique history again.  Tourists brought rebirth to our own love-affair with our town.

Oh, that Venetians could be so sophisticated!  Or at least that they could be as educated as New Yorkers became in the 1980s in an effort to save their tourist industry, learning to be civil and kind and helpful to the hoards who invaded the skyscraper island. 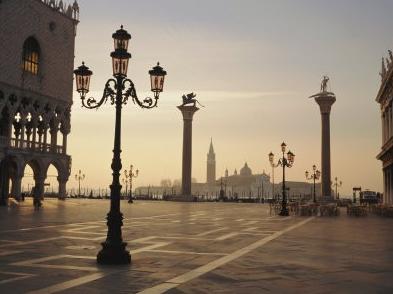 Quite a few native Venetians could use an education in civility.  While their city is unique in the world, their experiences with mass tourism are anything but unique.  Their sense of martyrdom, and their sense of an entitlement to resentment and hostility, and to a make-a-quick-buck attitude, is a petty response to something that hundreds of other cities face every year with much more grace.

The idea of a Venice without Venetians horrifies some people, but after my last visit to the city, I would actually only consider returning to Venice when all the Venetians are gone, and well-trained attendants have taken their place, so that no one has to suffer the abuse that I suffered, and that I witnessed thrown at people who had spent a small fortune to make a trip-of-a-lifetime.

Sorry, but that is how I feel, and how I suspect more that a few other Venetian tourists feel.  If your trip to Venice was without insult, then count yourself lucky, or count yourself ignorant of the what the Venetians were saying to you in their dialect, thinking you couldn't understand them.  I understood them, and I was horrified by what I heard.  The denial of reality, the sense of entitlement, the rudeness, the insults, the nastiness, the misogyny, the neglect of animals, the money-grubbing...

My visits to Venice in future will be via books like Italian Venice: A History. 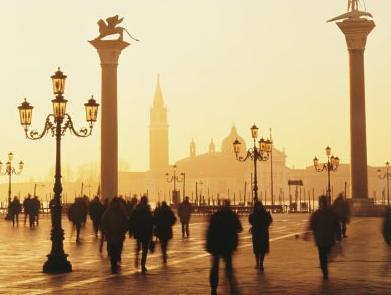 In this elegant book Richard Bosworth explores Venice—not the glorious Venice of the Venetian Republic, but from the fall of the Republic in 1797 and the Risorgimento up through the present day.

Bosworth looks at the glamour and squalor of the belle époque and the dark underbelly of modernization, the two world wars, and the far-reaching oppressions of the fascist regime, through to the “Disneylandification” of Venice and the tourist boom, the worldwide attention of the biennale and film festival, and current threats of subsidence and flooding posed by global warming.

He draws out major themes—the increasingly anachronistic but deeply embedded Catholic Church, the two faces of modernization, consumerism versus culture.

Bosworth interrogates not just Venice’s history but its meanings, and how the city’s past has been co-opted to suit present and sometimes ulterior aims. Venice, he shows, is a city where its histories as well as its waters ripple on the surface.


Italian Venice:  A History is published by Yale University Press.  They maintain a fascinating blog.

By publishing serious works that contribute to a global understanding of human affairs, Yale University Press aids in the discovery and dissemination of light and truth, lux et veritas, which is a central purpose of Yale University. The publications of the Press are books and other materials that further scholarly investigation, advance interdisciplinary inquiry, stimulate public debate, educate both within and outside the classroom, and enhance cultural life. In its commitment to increasing the range and vigor of intellectual pursuits within the university and elsewhere, Yale University Press continually extends its horizons to embody university publishing at its best.

Direct link to the book at YUP

Here is a direct link to the book at Amazon.com, plus links to the author's books about Italy's Fascist history: