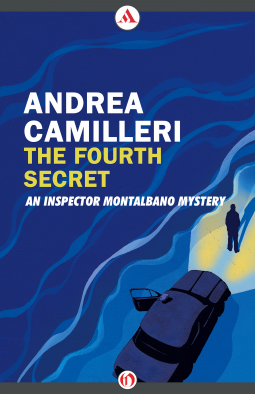 More novella than novel, this latest translation in the Italian Inspector Montalbano Series, a police procedural series set in Sicily, will satisfy adult fans.  If you are a fan of the television film series adapted from the books, then you will already know this story.  The books were adapted faithfully, and the actors portray the characters with just as much faithfulness, that you will surely picture the show just as I did while reading The Fourth Secret.

The Montalbano books (and the TV show) are rich with food, colleagues, Montabano's home by the sea, and his relationship with his long-distance, long-suffering girlfriend Livia.  Montalbano is an egocentric workaholic who is not always decent with his work mates, and almost never decent to his girlfriend, who is really just an easy woman for the emotionally stunted Montalbano.

Here is a fun fan promo for the new Montalbano episode coming on BBC television, which gives a great idea of what the books and the series are like:

If you are not familiar with the characters or locations, then you might have difficulty reading The Fourth Secret, since the author provides very little background information.  It is assumed that you are a fan of the series and have read the other books.

The author loves to highlight in his books the sometimes eccentric beliefs and behaviors of his Sicilian-Italian compatriots.  He relishes their fears, neuroticism, amorality and poor male-female relationships.  That is where most of the humor comes from in the book. 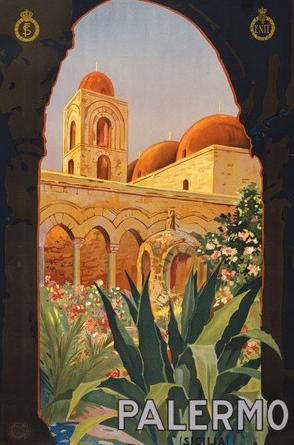 Montalbano's famous temper is on display.  He is very short of patience and loves to take his frustrations out on objects and people.  At one point, Montalbano nearly destroys a public telephone, and he is called on it by a carabinieri marshal:

Montalbano came back to his senses.  That was the last thing he needed, a brawl between a police inspector and a carabinieri marshal.  And who was going to come and restore order, the border patrol?

There are frequent vulgarities in the book, some sex, and many cases of confusing pronouns.  Some punctuation marks are missing, as are some subjunctive verbs and past perfect forms.  Some of the paragraphing is odd.

Here is a glimpse of Montalbano's temper and his poor relationship with Livia, his girlfriend, from the TV film series:

Political tirades punctuate the text, perhaps a sounding board for the author.

...this beautiful Europe designed only to please the banks.

Because the translations have been done so long after the original Italian books, The Fourth Secret, La Paura di Montalbano in Italian, could actually be called a historical mystery novel.  It is set in a Europe where Italy still uses the Lira, for example. 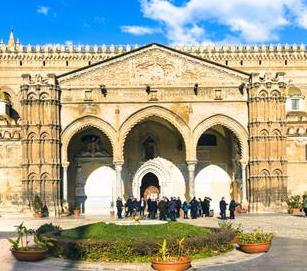 Montalbano's relationship with food is unique.  He experiences food as a sort of religious worship, or meditative trance.

He polished off a huge plate of fried mullet, managing to reach the concentration of a Hindu Brahmin...

I have another page on this site about the series.  But here is the list of books in the Montalbano series to date as English translations: 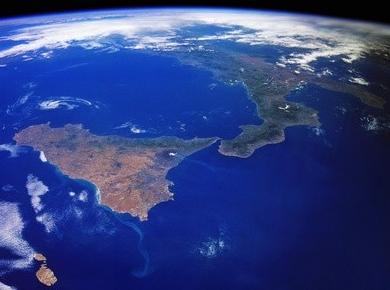 In the latest mystery featuring Inspector Montalbano, a deadly accident at a building site prompts a search with shocking revelations

Yesterday morning around seven thirty, an Albanian construction worker, age thirty-eight, Pashko Puka, a legal resident with a work permit, hired by the Santa Maria construction company owned by Alfredo Corso, fell from a scaffold that had been erected during the construction of an apartment building in Tonnarello, between Vigata and Montelusa. His coworkers, who immediately rushed to his aid, unfortunately discovered he had died.

There have been six events euphemistically called “tragedies in the workplace” in the past month. Six deaths caused by an inexplicable disregard for safety regulations. When the local magistrate opens an investigation, Inspector Montalbano is on the case. But Montalbano soon discovers that these seemingly unrelated incidents are only part of a larger network of crimes.

This intricate novella is a testament to Andrea Camilleri’s talent for building engaging plots that continue to charm readers by the thousands. 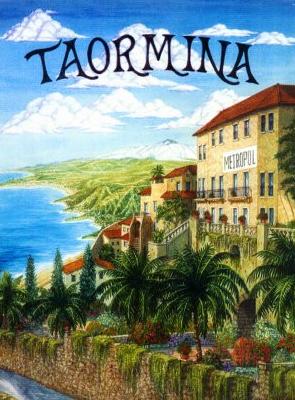 The Montalbano books are published by Mondadori.

Here is a direct link to The Fourth Secret at Amazon.com:

Here are links to the first 6 books in the series at Amazon.com: 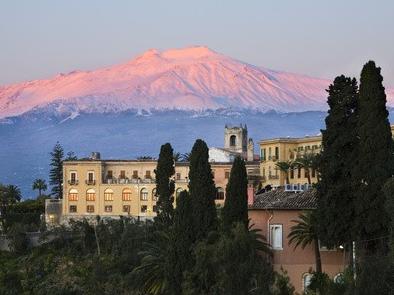