The Villa by Nora Roberts 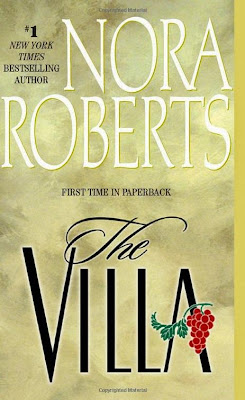 The author of The Villa is a prolific and bestselling writer of romances for adults, with the books often tinged with suspense, mystery or fantasy.  She departs from her usual fare for the 2001 The Villa, which is promoted as a "sweeping saga" like the late Harold Robbins's books.

Also a departure for the author is the book's length at 400+ pages, and the omniscient narrator who lets us see inside the minds of all the characters.  The narration style spoils the mystery since we see into the minds of all the sociopaths in the books, so the reader knows all along who the bad-guys are.

The length allows for a whole "TV season" of plot twists to occur, and to give the reader lots of escapist entertainment for their buck (actually, the mass market paperbacks are available for 1 cent second-hand!). 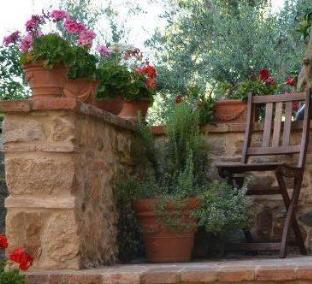 The Villa is clearly a bid for a TV mini-series.  Actually, it resembles the storyline of an entire season of the TV series Falcon Crest, the night-time soap that followed the crimes, seductions and business of Napa Valley, California, vintners, headed by a hard-ass matriarch, and surrounded by a beautiful supporting cast.

The Villa explores the story of the crimes, seductions and business of a Napa Valley, California, vintners, headed by a hard-ass Italian matriarch, surrounded by a beautiful supporting cast of wine-loving Americans and Italian-Americans.

The author's trademark romance (with euphemistically explicit sex scenes) takes center stage, with the family dramas coming in at a close second, but like so many soap-operas there are few relatable or likeable characters.

Modern-day archetypes abound, which is probably a good things, since there are so many characters, the use of archetypes helped me keep all the characters straight in my mind:  the gold-digger, the matriarch, the butch guy ("the caveman temporarily civilized"), the hard business woman, the defeated woman, the dirty-mouthed woman, the rebellious teen, the thwarted business rival, the philandering husband...

Another trademark of the author is her short paragraphs, most only one sentence long.  Then there is her replacement of all semi-colons and colons with periods, creating a book full of sentence fragments.  Most annoying for me was her use of commas in place of the conjunction "and":

He turned her, slapped the tool in her hands.

The story moves between Venice, Italy, and Napa Valley, California, between the Giambelli family's wineries.  Three generations of strong women enjoy lots of sex and adventure throughout the book.  Italian words dots the text, some used correctly, some not.  The characters' names are an odd mix of Italian and Spanish (Tereza, Pilar, Cezare).

Reading so many books for this site has shown me that these sorts of errors are very common.  But The Villa has an unforgivable error in Italian that sent my blood pressure upward each time I encountered it:  the direct address of the matriarch with the article!

Instead of the correct: 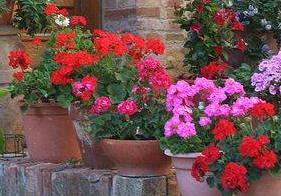 There are two serious icky bits that run through The Villa that I have to mention, since they ruined the major romantic story for me.  The Tyler MacMillan-Sophia Giambelli romance, one of those overused fight-until-they-have-sex-then-they-are-passionately-in-love plotlines, is between two people who grew up together as siblings!  No, they don't share the same blood.  But, yes, they were brought up since childhood as siblings.  I'm cringing even as I write this!

Here is a sample of the author's classic man-woman interplay: 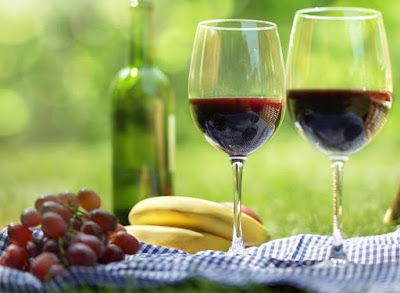 The awkward parts don't stop with the above.  I was stopped short when I read:

...her system shivered at the scrape of his teeth on her throat.

All I could think when I read that was that it was physically impossible unless I had mistakenly picked up a paranormal book, and the man's teeth could somehow reach down into the woman's throat and scrape it, like a strep-throat-examiner. 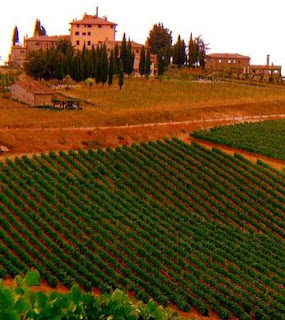 I thought the sex scenes were awkwardly written.  The euphemisms the author uses while trying to avoid the medical terms for the sex parts, which seems to be taboo in her novels, were at times laughable, and at other times repulsive.  For example, at one point, Sophia is described so, when in a clinch with Tyler:

I'm not even sure that is a verb, but it transported me out of the lovers' bedroom to inside a V8 engine, which I don't find remotely romantic.  I'm not sure why the author bothered with the euphemisms, actually, when she peppered the text with many, many f-word vulgarities.

The ending is contrived and seemingly inspired by The Long Hot Summer, a 1958 Paul Newman film based on William Faulkner stories:  a raging fire, women being strong and loving and forgiving, men being less so.  Some Amazon reviewers deemed the ending amoral.  I found the whole romance between Tyler and Sophia icky-ly amoral, and Tyler's relationship with the teenaged girl amoral, and ... oh, well, so much more, but the so-much-more was intended to be amoral, and the main romantic storyline was not intended to be.  I believe the author erred seriously with that bit. 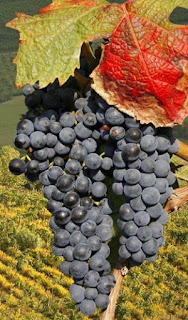 PR executive Sophia Giambelli loves her job and has never worried about competition.  For three generations, her family’s wines have been world-renowned for their quality.  But things are about to change at Villa Giambelli.

Tereza, the matriarch, has announced a merger with the MacMillan family’s winery—and Sophia will be assuming a new role.  As a savvy businesswoman, she knows she must be prepared for anything…but she isn’t prepared for Tyler MacMillan.

They’ve been ordered to work together very closely, to facilitate the merger.  Sophia must teach Ty the finer points of marketing—and Ty, in turn, shows her how to get down and dirty, to use the sun, rain, and earth to coax the sweetest grapes from the vineyard.

As they toil together, both in and out of the fields, Sophia is torn between a powerful attraction and a professional rivalry.  At the end of the season, the course of the company’s future—and the legacy of the villa—may take an entirely new direction.  And when acts of sabotage threaten both the family business and the family itself, Sophia’s quest will be not only for dominance, but also for survival.

Here are direct links to the book at Amazon.com, where you can find .01 cent copies of the mass market paperback from 3rd party sellers, and a new paperback edition, a Kindle e-book, and an audio book:

Here is an interview with the author Nora Roberts by Borders Books: