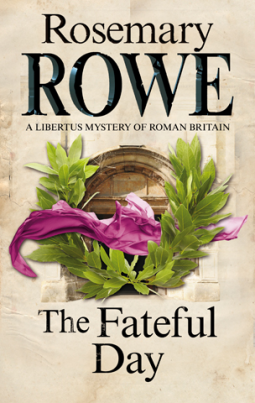 The Fateful Day is in the Libertus Mystery Series set in Ancient Roman Britain.  The book (and series) is narrated in the first-person by Libertus, a freed slave who runs a mosaic workshop.  Libertus seems to be writing his memoirs one month after the events, as we learn later.  He records momentous events with asides explaining how he had no idea how important an event would be until much later in time.

Libertus struggles along, attempting to deal with a huge disaster at his former owner's country estate, and at the same time run his own business.  Unwittingly, Libertus gets caught up in the political events of his time.  The story moves along at a steady pace, with Libertus carefully studying all the clues and interviewing all the suspects.  As a freed slave, he remains a "client" of his former owner, Marcus.  It is Marcus who sets Libertus on the road to his latest mystery, a rather gruesome one, to be honest.

Click on the cover of the first book in the series, The Germanicus Mosaic, to read about it at Amazon.com

The story is set in Roman colonized Britain, where Celtic traditions are a poor mix with Roman culture.  The speed with which Roman customs disappeared after Roman withdrawal from Britain attests to this.  Libertus is a Celt, so he lives in a roundhouse and has a Celtic wife, and abides by many Celtic traditions.  But he must abide by the Roman laws, which apply to him specifically as a Roman citizen.

The Fateful Day is book number fifteen in the Libertus series, so the protagonist is now old and gray.  He is also, oddly, a slave-owner.  One would think that having been a slave would make one less likely to want to subject another human being to the same indignity, but for Libertus that is not the case.  That is one of the reasons I don't like the main character much, I have to say.  I like my Ancient Roman protagonists to be more enlightened.

If you are unfamiliar with the history of Roman Britain, here is a fun four-minute summary:

Here are the books in the Libertus Series:

A Pattern of Blood is the second book in the series.  Click on the image to visit the book's Amazon.com page.

The writing style is quite formal and the dialog is a bit wordy, presumably to mimic how a former slave, and old artisan would write his own diaries.  We are inside Libertus's head, and allowed to know his thoughts on all the events he describes.  If you have followed the series from the beginning, you will encounter most of the characters you know from previous books.

The author includes a Foreword that discusses the historical location and era, the year 192, and what in the story is based on history and what is invented.  Most authors put this at the end of the book to avoid spoilers.  My advice is to read the Foreword afterward.

Murder in the Forum is book three in the series.  Click on the cover image to visit the book's Amazon.com page.

Readers who enjoy historical novels will be pleased with all the details about life in ancient Roman Britain, on the Roman side and on the Celtic side.  When the tragedy touches Libertus personally, we learn much about funeral rituals in that era.  And there is not just one death; there are over a dozen!

Forever the small businessman, Libertus ends the book on a positive note, with a new commission for mosaic floors:

The fee will keep my little family for a year or more, so--...despite the troubles which rocked the Empire on that fateful day--I, as least, have some small cause to celebrate.

Book four in the series, The Chariots of Calyx.  Click on the image to visit the book's Amazon.com page.


From the description of The Fateful Day:

A compelling new mystery for Libertus, set against the backdrop of the Roman Empire in turmoil and fighting for its survival . . .

Libertus is passing the villa of his patron, Marcus Septimus Aurelius, when he sees an elaborate travelling carriage which has pulled up outside and is now blocking the road. Recognising that this may be an important visitor, Libertus approaches the carriage, intending to explain that Marcus is away, gone to Rome to visit his old friend Pertinax, who has recently been installed as Emperor. However, for his efforts, Libertus instead receives a torrent of abuse and the carriage-driver almost runs him down as he departs.

Libertus is badly shaken, but goes back to the villa the next day to find out why there was no gate-keeper in evidence to deal with the stranger. There he finds a gruesome discovery: the man is dead and hanging in his hut, and none of the other house-slaves are to be found. Worse things are to follow as news arrives from Rome which will turn the lives, not only of Libertus and his family, but the whole Empire upside down . . . 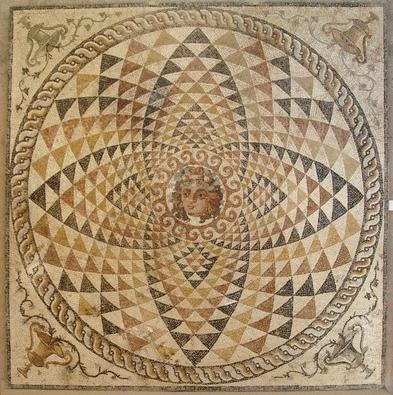 The series is published by Severn House Publishers.

Direct link to the author's page at SHP

Here are links to the book at Amazon.com: 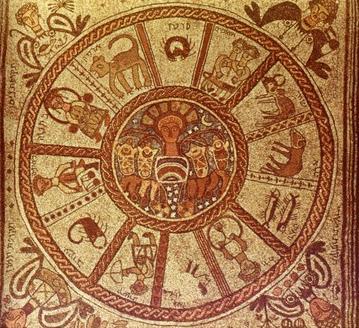