The Novice by Mirella Sichirollo Patzer 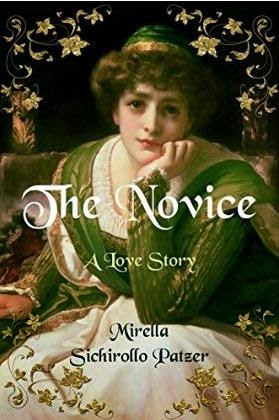 Naples, Italy, in the middle ages (the year 915):  a dukedom, a walled city, threatened by coastal raids by North Africans, and the church is the only Europe-wide authority.  Sara begins her story in a convent, a place she abhors, as a novice, someone who joins a religious order but who has not yet taken the final vows of commitment to the order.

By the end of The Novice, Sara understands and relies on the sanctuary convents offered women in the misogynistic middle ages.  She returns more than once to the nuns' protection when things get unbearable for her. 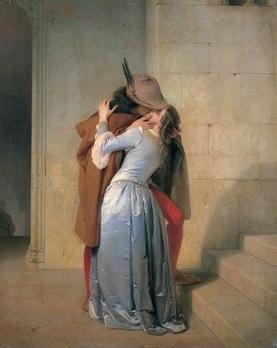 ...the walls of a convent could not protect them against the vile Saracens who burned homes, martyred children, and sacked and fired towns.

Escaping just in time, Sara enjoys her new-found freedom.  Convent life was not for her.

She was determined to live life to its fullest and revel in the glories of joy, love, security and freedom. 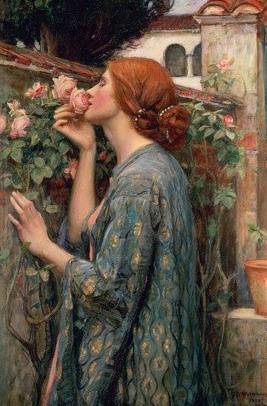 Things don't go exactly as Sara hopes they will.  For the first half of The Novice, Sara experiences high romance, adventure, danger, excitement, and chivalry from the classic hero.  Nicolo is gorgeous, brave, noble, and he even has a cleft in his manly chin.

...she felt safe with Nicolo, and feared nothing.

The second half of the story turns darker, with Sara suffering at the hands of a sadistic cad. 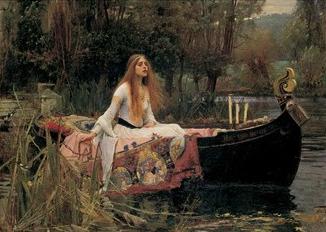 The author has a lovely style of writing; it is literary without being ponderous.  She evokes the era with her descriptions.  The politics of the time is introduced into the story naturally, never overwhelming the reader.  The narration is omniscient at times, and 3rd person limited at times, alternating the mind into which we get to see.

Mrs. Radcliffe brought the medieval (Gothic) romantic fiction genre to the public in the late 1700s, entrancing readers with historical romance laced with gothic and melodramatic touches.  Her bestselling books, such as A Sicilian Romance and The Mysteries of Udolfo, are now in the public domain, and available as free e-books. The books favor the picaresque style, where the reader follows the heroine on her long sequence of adventures and misadventures, ending with romance. 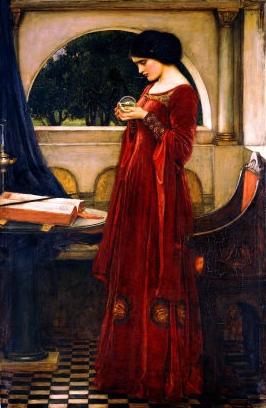 The author of The Novice writes a slightly more modern version of the genre, one that includes some vulgarities, and in the case of The Novice, two explicit rape scenes (I could have done without them, to be honest).  But the picaresque style remains, along with the melodramatic and Gothic elements.

This Indie writer works hard to produce quality work and to present it to the reader with beautiful covers.  The Novice is romantic, swashbuckling, escapist fare in which one can get immersed, blocking out the real world for a while.  The reader might even come away from the story thinking that things really aren't so bad for us today, after all.  The Novice is great stuff for fans of this old yet still entertaining genre. 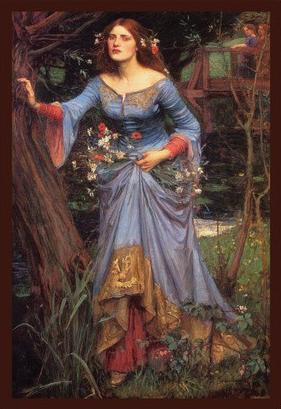 A young woman on the verge of taking her vows to become a nun.
A desperate flight from a murderous massacre.
One honorable man comes to her rescue.
Another becomes her nemesis and captor.
And a life and death search to reunite with her one true love.

In 10th century Naples, Saracens run rampant, annihilating villages, murdering women and children. Death and despair is everywhere.  Alone in the world, Sara is a young novice plagued with doubts about taking her final vows to become a nun.  When her convent is attacked, she flees for her life straight into the arms of a group of Saracens who leave her to die alone in the woods.

An honorable cavaliere named Nicolo comes to her rescue and offers to take her to the safety of Naples.  As they journey together, they are irresistibly drawn to each other.  Believing Sara to be a nun, the honorable Nicolo is torn between love and duty to respect her vows.

Heartbroken, he does what honor demands and sets her free before she can tell him the truth that she is not a nun.  In her search to reunite with Nicolo, she encounters Umberto, a dark and dangerous man who will stop at nothing in his obsession to possess her.  With her sharp intellect, and her heart, Sara must rely on her own courage and strength to escape her abuser and find the only man she will ever love.

A story that burns with intensity, intrigue, and passion from the author of the highly successful novel, The Orphan of the Olive Tree.

Here is a direct link to The Novice at Amazon.com.

The author has these other historical romance novels.

The Orphan of the Olive Tree
(click on the image to go to the book's Amazon.com page)

A compelling historical romance and family saga.  A blood oath, a dreadful curse, and the evil eye. A dark family secret that will shatter lives and the woman who must risk everything to keep it buried.

From two neighbouring villas in the heart of the Tuscan countryside to the elegance of Siena; from a world steeped in ancient superstitions to a culture where family honour is paramount comes, this multi-layered novel of the lives, loves, secrets and strivings of two women and their families in the 13th century.

The Contessa's Vendetta
(click on the image to go to the book's Amazon.com page)

The Contessa's Vendetta is a historical fiction thriller ripe with suspense from first page to last. A tale of betrayal and revenge that will hold you spellbound until the shocking ending.

The Contessa's Vendetta is a retelling of the classic novel, Vendetta by Marie Corelli. Inspired by this epic classic novel; a new and captivating tale in a new setting, a new century, and with new plot twists while remaining faithful to key story elements.

The Betrothal
(click on the image to go to the book's Amazon.com page)

Two young lovers bound by their love for each other. A dreadful overlord who will shatter lives to possess the woman he loves, and the dark secrets that one woman will risk everything to keep buried. An absorbing novel about wicked intentions, murder, obsessive love, undisclosed secrets, unstoppable destinies, and the woman whose secret will either destroy or restore lives.

The Betrothal is a retelling of the classic novel, The Betrothed (I Promessi Sposi) by Alessandro Manzoni. Inspired by this epic Italian classic novel; a new and captivating tale in a new setting, a new century, and with new plot twists while remaining faithful to key story elements.

The Pendant
(click on the image to go to the book's Amazon.com page)

A medieval tale about a lost ancient treasure. A 100 year family feud. And a woman with a passion richer than the bloodstone pendant she wears around her neck.

This Italian historical romance novel with a gothic flare has it all - an ancient mystery, a bloodstone pendant with a secret, murder, vengeance, and a love story to take your breath away.  An historical gothic romance of murder, desperation, and true love.

Italian Historical Box-Set
(click on the image to go to the book's Amazon.com page)

The Novice e-book is also available via Smashwords, the big on-line e-book seller that offers e-books in various format for instant download.

Direct link to The Novice at Smashwords

Please visit the author's website and blog, and her historical novel review site.

If you wish to know more about Mrs. Radcliffe, and read some of her Italy-based books, please visit my page about her on my Candida Martinelli's Italophile Site. 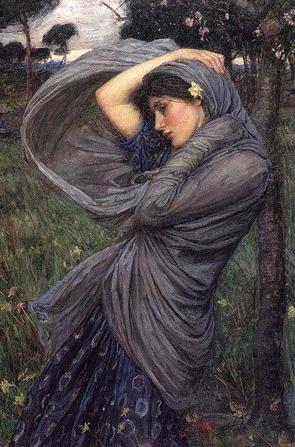