Hit and Nun by Peg Cochran 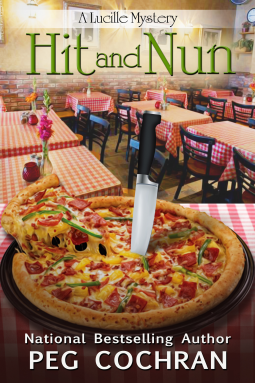 Hit and Nun and the Lucille Mystery Series is for cozy mystery fans who also love slapstick humor.  Lucille, a fifty-year-old Italian-American woman and grandmother, who is happily married to her childhood sweetheart, is the unlikely protagonist of this slapstick cozy series (3 books to date).

An oddity with the books is the folksy narrative style.  It reads as if the writer originally wrote the stories in Lucille's first-person narration, then changed her mind and made the narrative style third-person limited, but kept the folksy style.  I found myself, more than once, wondering who this narrator was supposed to be.  A family member?  A member of the Italian-American community?  A member of the church where Lucille works?  We are never told.

Lucille jumped, and she could feel her heart thumping crazily in her chest.  She hoped she wasn't going to have no heart attack on account of being scared like that. 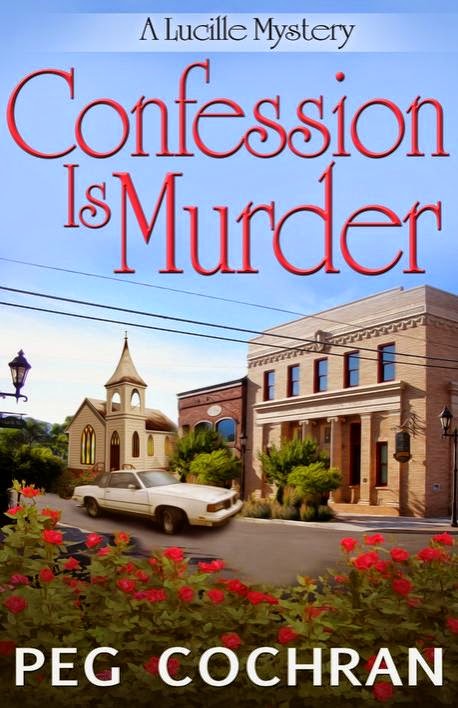 Book One in the Lucille Mystery Series

There are recurring characters in Hit and Run whose relationship to Lucille are not entirely clear, at first, to someone who has not read the previous two books, such as myself.  But the author brings the reader up to date without giving away the plots of the previous books.  So if you choose, you can read the books out of order.
One recurring character is Lucille's policeman nephew.  All good cozy amateur detectives have to have a close link to the police department.  There is also an ex-boyfriend of Lucille's who is a police detective.  He's having a hard time dealing with the bodies Lucille tends to discover.

You keep stumbling over bodies like this and I'm gonna start wondering, you know? 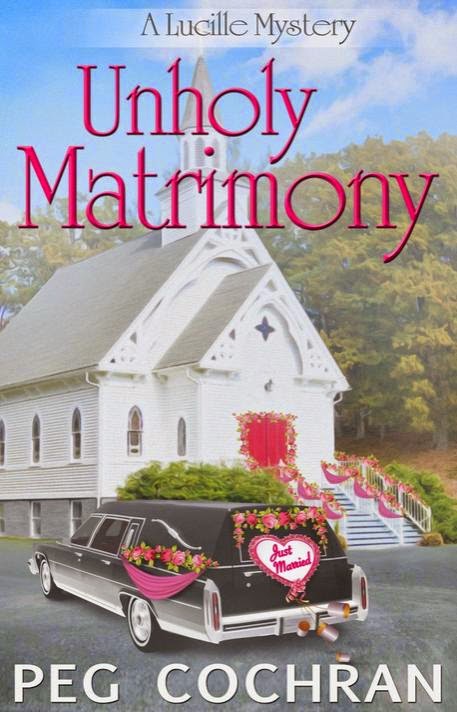 Lucille's family loves their Italian food and they follow the big Sunday dinner tradition that many hyphenated Italians enjoy.  Italian food plays a big part in their lives.  Lucille is particularly fond of Italian dishes, and she prepares plenty of them for her family, as she has since first getting married to her Italian-American husband.  Lucille's Roman Catholic faith also plays a big role in her life and in the books.

Cozies stay away from violence, sex, gore and disturbing subjects.  That is why I was surprised that the author included disturbing mammograms and a threat of breast cancer in Hit and Nun.  For personal reasons, I found those scenes and that storyline disturbing.  If I were not reading the book to review it here, as a review-copy, I would have stopped reading.  If you are sensitive to these subjects for reasons of your own, you may want to avoid this book in the series.  There are also lots of references to the negatives of aging, which some readers may find upsetting.

Sometimes she felt as if life had passed her by.  While she was busy cooking, cleaning and raising a family, the world had changed without her knowing it. 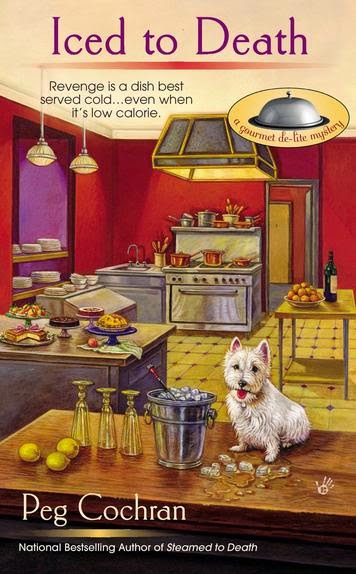 Giovanna "Gigi" Fitzgerald in the Gourmet De-Lite Mysteries Series, by the same author, is up to 3 books (links below)

There is lots of humor in Hit and Run, much of it physical humor.  But the verbal humor is there too, in abundance.  The folksy style might wear on some readers, but if you enjoy it, you will appreciate the verbal humor in the story more.

Yes, we -- me and Flo here -- are investigating like.  On account of Sal's mother asked my mother to ask me to see what I could do.

Be prepared for lots of reminiscences and stray thoughts of Lucille's that intrude on the crazy antics with her sidekick Flo.  Odd tangents at inappropriate moments are also part of the humor in the story, such as the contemplation of grass-stains on a killer's clothing, and how difficult it will be to remove them in the wash, all the while Lucille is intent on not getting shot.

The books in the Lucille Mystery Series: 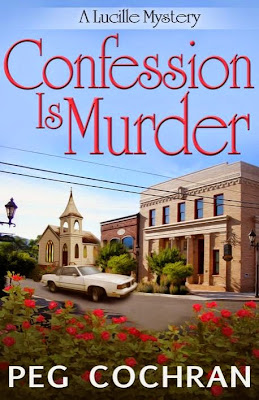 For middle-aged “Jersey girl” Lucille Mazzarella, only two things in life really count—her family and her friends.  When her brother-in-law’s body falls out of a church confessional, everything she holds dear is threatened, especially when the police arrest her husband for the murder.

Plagued by hot flashes, a thickening waistline, a mother addicted to the home shopping channel, and a sexy old flame who’s come back to town, Lucille really has her hands full.  And while she may not know much about solving crimes, this traditional churchgoer with very modern attitudes knows that with some prayers, some fast thinking, and some even faster talk she might just be able to nail the killer and restore order to her life. 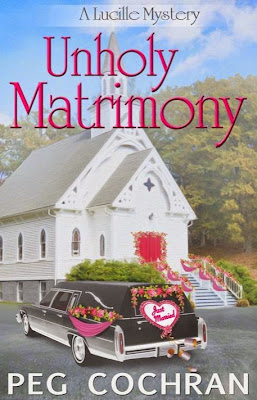 The hilarious Lucille Mazzarella is back and planning a wedding.  But even the worst Bridezilla can’t create the wedding drama she’s about to face in this second book in the series.

Desperate to see her pregnant daughter Bernadette married before the baby comes, Lucille is engrossed in all things wedding.  Nothing will distract her from planning this Mazzarella main event. Nothing, that is, except for the murder of the mother of the groom.

Just when things couldn’t possibly get any worse, Lucille is named as the prime suspect, and it’s a race against time as she and her best friend Flo struggle with shady financial dealings, a family that isn’t at all what it seems, a groom that might not be all man, and a little bundle of joy that might make an appearance before the mother can say I do.

The hilarious Lucille Mazzarella is back, and this time she’s investigating a murder linked to her favorite pizzeria. When the fifty-something housewife goes undercover at a restaurant to solve the case, she quickly learns that if the killer doesn’t get her, the calories will.

When the owner of Lucille’s favorite pizzeria drops dead at her feet, she’s left wondering who could have harmed such a kind man—and wondering where she’ll get her favorite food now. Deciding to go undercover as a pizza maker to sniff out the clues—and maybe an extra slice or two—Lucille’s determined to track down the culprit before they can strike again.

As the hunt for the killer heats up, Lucille and her friend Flo dig deeper into the crime and discover a jealous wife, a competitive pizza man who would kill for more business, and a decades-old mystery that may hold the key to the murder. Trouble is, the one person who could break the case wide open is a nun who took a vow of silence—and she’s not talking.

Here are links to the three books at Amazon.com:


The author has another series featuring Giovanna "Gigi" Fitzgerald in the Gourmet De-Lite Mysteries.