Shroud for the Archbishop (Sister Fidelma Series) by Peter Tremayne 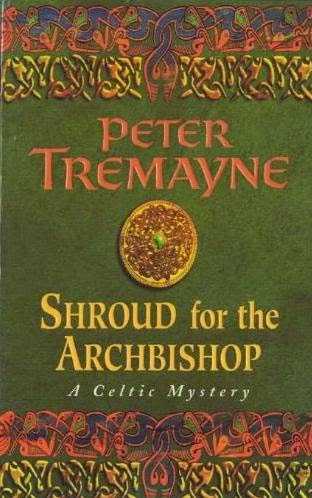 Shroud for the Archbishop is book two in the Sister Fidelma historical traditional-mystery series set in Europe's Middle Ages (circa 660-670).  Most of the stories take place in Ireland and England, but this second book in the series brings Sister Fidelma, an Irish investigating-judge and religious woman, to Rome.

Fidelma comes to medieval Rome not as a pilgrim, which was the main source of Rome's wealth at the time and for many centuries to come, but to receive a papal blessing for her Irish religious order of St. Bridgid.  Also in Rome is her friend and fellow mystery solver Brother Eadulf, a Saxon religious man, and secretary to the Archbishop of Canterbury-elect. 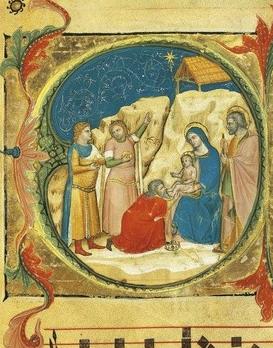 I review on this site a book called Pagan and Christian Rome.  Much of what is described in that book as life in Medieval Rome, is shown in Shroud for the Archbishop.  So if you are a Roman history buff, and you like traditional mysteries (Dorothy L. Sayers, Ngaio Marsh...), then this book will fascinate you.  The author is knowledgeable and likes to share that knowledge.

The mystery aspect is methodically developed, with all the usual steps:  introduction to scene, introduction to characters and possible suspects, a crime occurs, our protagonist is drafted in to investigate, the body is viewed, suspects are questioned, theories are formed and reformed, events progress often involving more murders and crimes, and finally our detective rounds up everyone and explains everything and exposes the murderer and the convoluted plot.

That the two main characters are members of religious orders should ring true to those who know their history.  For intelligent, ambitious people in the Middle Ages, the church was the only real avenue for advancement and education.  Religious institutions did not require their members to be celibate, only to be believers and to pray and to contribute to the community, or more accurately, to the commune.  That is how Sister Fidelma and Brother Eadulf can marry in the course of the series and have a child together. 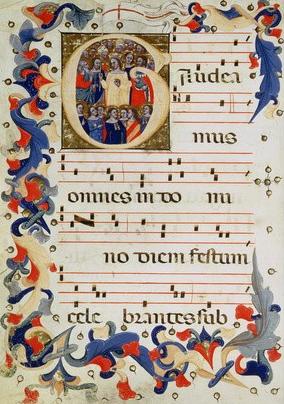 What sort of woman is Fidelma?  Well, let me start by saying she is difficult to like.  She is a 30-something intellectual who is out of touch with her own emotions.  She is prickly, proud, blunt to the point of rudeness, impatient, and vain about her own cleverness.

Her sidekick for most of her investigations is Eadulf, a 30-something, widely educated man whose greatest quality is his ability to put up with Fidelma.  He protects her from harm and acts as her sounding board.  He provides medical knowledge from time to time.

If this description of Eadulf brings to mind Sherlock Holmes's Dr. Watson, then you get the point.  Except in this incarnation of Holmes and Watson, the two eventually get married and have a family! 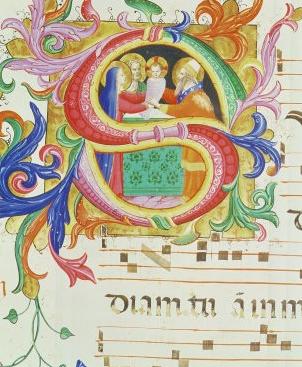 The author is not the smoothest at conveying romantic attraction, and often his two characters seem like sexually and emotionally stunted adults.  They are overly rational, so perhaps that is part of the problem.  Here is Fidelma rationalizing her attraction to Eadulf:

In spite of their differences in attitudes, Fidelma had to admit that she felt some comfort in being with Eadulf.  She could tease him on their contrasting opinions and he would always rise good-naturedly to the bait but there was no enmity between them.

Celtic history comes to the fore in all the books, since Fidelma is an Irish Celt.  Catholic religious debates are shared with the reader too, debates that often tread the same ground as today's religious debates, such as the celibacy of members of religious orders, acceptable sexual mores, and the role of women within the Church. 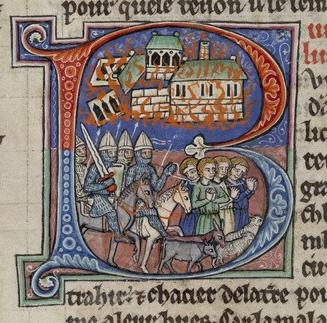 Shroud for the Archbishop allows the reader to tour Medieval Rome with Fidelma, Eadulf and the others.  See the Lateran Palace, a Christian cemetery and catacomb, the Basilica of St. John of Lateran, the streets, alleys and avenues of Rome, the Tiber.  Meet the pope, bishops, monks, nuns, papal guards, innkeepers, beggars and more of Rome's residents.

The writing style is workable, if stilted and at times repetitive, but that does not detract from what this is, a historical traditional mystery, full of history for buffs, and a twisted plot for mystery fans.  The author uses third-person limited narration letting us into Fidelma's mind, and at times other characters' minds.

Do not confuse the Sister Fidelma books (25 to date, see list below) with the cute-cozies that are popular today.  Fidelma's story is for mystery traditionalists who know more than a bit about Europe's Middle Ages, and are looking for a work of fiction to bring that time to life. 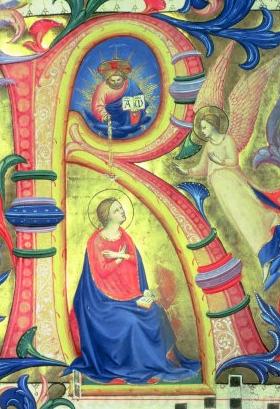 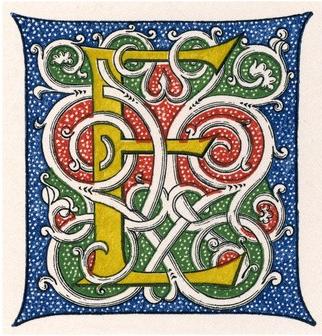 From the description of Shroud for an Archbishop:

Wighard, archbishop designate of Canterbury, has been discovered garrotted in his chambers in the Lateran Palace in Rome in the autumn of AD 664.  The solution to this terrible crime appears simple as the palace guards have arrested Brother Ronan Ragallach, as he fled from Wighard's chamber.  Although the Irish monk denies responsibility, Bishop Gelasius is convinced the crime is political and that Wighard was slain in pique at the triumph of the pro-Roman Anglo-Saxon clergy in their debate with the pro-Columba Irish clergy at Whitby.

There is also a matter of missing treasure:  the goodwill gifts Wighad had brought with him to Rome and the priceless chalices sent for the Holy Father Vitalian's blessings have all been stolen.  Bishop Gelasius realises that Wighard's murder could lead to war between the Saxon and Irish kingdoms if Ronan is accused without independent evidence.  So he invites Sister Fidelma of Kildare and Brother Eadulf to investigate.  But more deaths must follow before Fidelma is finally able to put together the strange jigsaw in this tale of evil and vengeance. 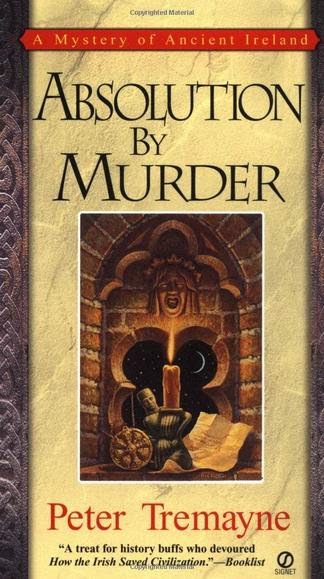 The first book in the series is Absolution by Murder:

In A.D. 664, King Oswy of Northumbria has convened a synod at Whitby to hear debate between the Roman and Celtic Christian churches and decide which shall be granted primacy in his kingdom.  At stake is much more than a few disputed points of ritual; Oswy's decision could affect the survival of either church in the Saxon kingdoms.  When the Abbess Etain, a leading speaker for the Celtic church, is found murdered, suspicion falls upon the Roman faction.

In order to diffuse the tensions that threaten to erupt into civil war, Oswy turns to Sister Fidelma of the Celtic Church (Irish and an advocate for the Brehon Court) and Brother Eadulf of the Roman church (from east Anglia and of a family of hereditary magistrates) to find the killer.  But as further murders occur and a treasonous plot against Oswy matures, Fidelma and Eadulf soon find themselves running out of time.


Here are direct links to the first two book in the Sister Fidelma series at Amazon.com, where many of the books in the series are available for 1-cent (plus shipping) as second-hand mass-market paperbacks:

Please visit the International Sister Fidelma Website for everything you could possible wish to know about the series, author, era and Fidelma herself. 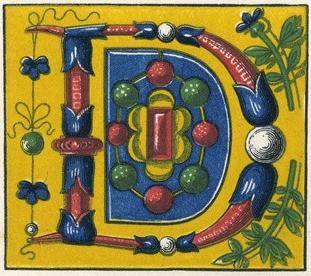