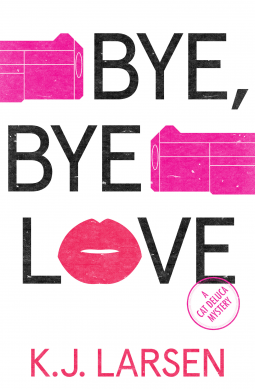 Bye, Bye Love is book four in the Cat DeLuca Mysteries, a series that goes for laughs with set comic pieces and stock comic characters.  The first-person narration by a hard-boiled, female, private detective plays with the protagonist's XX factor and her Italian-American family.  Here is Cat introducing herself to the reader:

My name is Cat DeLuca and I'm a Private Dick--though I prefer Jane.  I don't investigate for insurance companies or work for ambulance-chasers.  I won't find your high school sweetheart.  But if you're in Chicagoland and you suspect your partner is stepping out, call me.  I kick ass at catching cheaters. 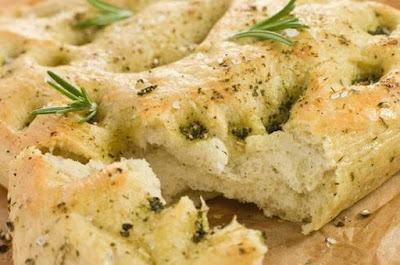 There are vulgarities and scenes of violence, but no sex scenes.  The tone throughout by the butch Cat DeLuca is snappy, snarky, and sarcastic, with some mean-spiritedness.  The softest characteristic about Cat is her love for her dog, Inge the beagle.

Inga is my partner at the Pants on Fire Detective Agency.

Our narrator, Cat, tells us about her big Italian-American family, with half the book, roughly, just about them.  She also fills us in along the way on her previous major cases (books), and the authors even bring back some of the characters from the previous books, so it is best to read the books in order. 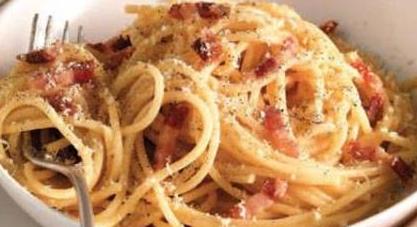 The books in the Cat DeLuca Mysteries:
Cat's love-life takes up some of the book, as she prepares to have her parents meet her future parents-in-law, which culminates in a bizarre scene, played for thrills and laughs in equal measure.  There are love interests and hunks, including Cat's many hunky family members.

Delucas have been cops or crooks since anyone can remember.

I received the book as a review-copy, but I'm still allowed to mention the things I didn't like about the book.  So, here goes...

The first line of Bye, Bye Love is meant to set the tone for the story, but it grated on my Italian-speaking nerves when it used the plural cannoli for the singular cannolo.

I was staking out the LeGrande Hotel on Asher and sucking the creamy filling out of a cannoli.

There are awkward shifts between past and present tense throughout the book.  I didn't really like the jokes about anorexia, infidelity and Catholicism, nor the erroneous "copper smell of blood" (blood smells of rusty iron), nor Cat's love of using her Taser.

And the odd title bothers me.  I it follows in the line of children's rhyme titles for the series, but I'm pretty sure it should be written Bye-Bye Love, or even Bye Bye Love.  The chatty dialog has lots of fragmentary sentences, but that is the norm these days, with colons and semicolons having been tossed into the bin by most writers of popular novels. 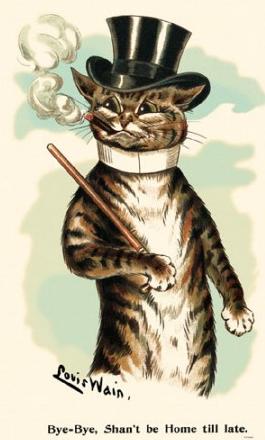 As I said above, this series aims at laughter, with as much in the book about the protagonist's love-life and family, as about the crime and mystery.  The tone is chatty and smart-alecky.  The characters are straight from central-casting.  The humor having to do with Cat's Italian-American family and heritage is the standard sort you'd expect:  food, crime, babies, mothers, family loyalty...

If you enjoy all these things, then you'll be happy to know that the three sisters who write the series are set to continue writing the books for a long while to come, and it is published by Poison Pen Press, guaranteeing quality editing and presentation for the books. 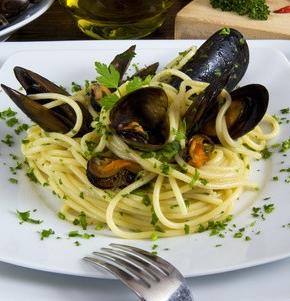 From the book's description (with lots of spoilers):

Chicago’s Pants On Fire Detective Agency targets liars and cheats. But PI Cat DeLuca is once again up to her smokin’ skinny jeans in murder.  Cat is out running in a neighborhood park when she crashes over the faceless body of Bernie Love.

Bernie was the finance guy to the scary Provenza family, with whom he grew up.  And friend to Cat’s shady, Ferrari-wheeling-cop Uncle Joey.  As she hauls out her phone, Cat is assaulted by someone with a Rolex, stun gun, and wheelbarrow.

When the cops show up, the killer is gone.  And so is the body.  Captain Bob, a stickler for habeas corpus, blows off Cat’s story.  Stung by a chorus of snickers from the Ninth Precinct, home base for DeLuca men, Cat vows to make her case and goes after Rolex man.

The murderer, desperate to silence the only person who can place him at the park, comes after Cat.  She’s quickly on a collision course with the deadliest adversary she’s ever encountered—but she has the help of her beagle partner, her gun-happy assistant, an ex-spy (or two), and her outrageous, interfering Italian family.  Meanwhile her hot, FBI-boyfriend seems sidelined in Vegas.

Book 1 in the Series, click cover to go to the book's page at Amazon.com.

Burned by her run-around ex-husband Johnnie Ricco, Caterina DeLuca took the skills she mastered during marriage and opened her own private eye agency. Now she’s a second-story woman, armed with a camera, ready to print 8x10 glossies for use in divorce court.

The men in her big, whacko family, all Chicago cops—one a crook—aren’t sure what to make of Cat’s career choice. But hey, it’s serve and protect!

Then one Rita Polansky retains Cat. Rita’s liar-liar husband is the mysterious, but seriously hot, Chance Savino. Cat is hot on his heels when an exploding building hurls her out of her stilettos and into the hospital. The FBI claims Chance was killed in the fireworks, but concussed Cat remembers a different scenario.

She escapes the hospital to meet with her client. But when Rita doesn’t show, Cat breaks into her home to find Rita with a knife in her chest and two clues at the murder scene: a clutch of candy wrappers and Chance Savino, rummaging through Rita’s drawers.

One surprise after another piles up. As no one else sights Savino, everyone around Cat thinks she’s crazy. Everyone except a determined killer who has put her on his “kill” list.

Book 2 in the series, click on the cover to go to the book's Amazon.com page.

After client Cleo Jones shoots her cheating husband's bum full of buckshot, he disappears, taking her money, her dog, and her sister with him. Cat promises to return the dog and money if her client stops shooting at Walter.

She finds the dog and a mysterious bag full of cash, and then she finds Walter, his very dead body still warm. The cops quickly arrest Cleo for the murder of her husband. Cat is determined to prove her client's innocence and it's not an easy sell.

Cat's investigation leads to four players with secrets: a childhood friend, a gambler, a construction tycoon, and a legendary Chicago designer. But when forensic evidence suggests the detective knows more about the murder than she's telling, Cat faces the certain loss of her agency...and maybe much more.

Book 3 in the series, click on the cover to go to the book's page at Amazon.com.

When an old friend buys a trenchcoat and opens his own detective agency, PI Cat DeLuca sees a train wreck.  Because everything Billy Bonham knows about being a private dick, he learned from Humphrey Bogart.  And that’s just enough to make him dangerous.

The bungling detective is way over his head on a case involving murder and a stolen pair of Marilyn Monroe’s dazzling diamond earrings.  His outrageous client, Cristina McTigue, is pursued by men who want her dead.  Five minutes after meeting the woman, Cat would cheerfully kill her too.

When Billy is gunned down on the street,  it’s up to Cat to save his crazy client and nail a murderer.  She soon finds herself dodging bullets, knee-deep in trouble, and chasing diamonds. Before it’s over, she’ll be helped by her sexy FBI boyfriend, a hunky ex-spy, her outrageous Italian family of Chicago cops, and her interfering Mama who keeps the cannoli coming.

With a cast of zany characters and a pace that’s unrelenting, this laugh-out-loud mystery is best served hot.