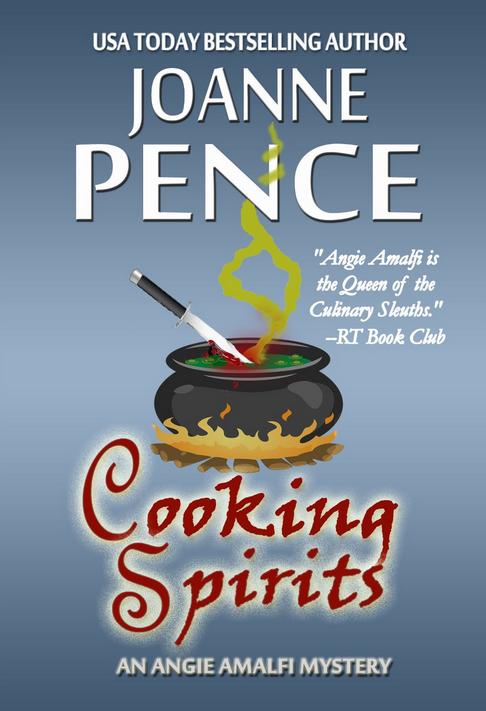 Cooking Spirits is the latest, or perhaps the last, book in the Angie Amalfi Mystery Series; it is not clear which.  Because the story seemed to be making a happy end of many long running threads in the series, such as Angie's search for a career and for married love, I assumed it was a late addition to the series, six years after the previous book, to give the fans an ending for their beloved character.  But then the closure didn't arrive.

Spoiled, Italian-American Angie Amalfi has 14 books in which she tries and fails in a career, struggles to find a secure mate but seems to fail, gets involved in a mystery and with much help solves it.  For fans of cozy mysteries featuring an Italian-American amateur detective, that's a lot of books of fun, relaxing reading to look forward to!

Her inability to create a rewarding career for herself was one of the banes of her life. 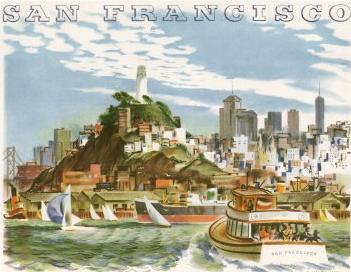 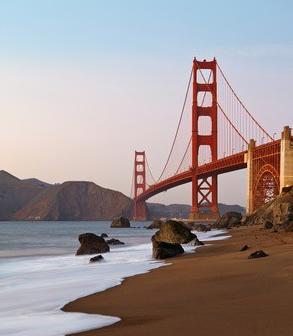 Angie lives very comfortably in San Francisco, supported by her wealthy property tycoon father.  For most of the books, Angie's love interest is San Francisco Homicide Detective Paavo, and yes, that is his first name.  True to a seemingly universal cozy rule, both Angie and Paavo are drop-dead-gorgeous.  Angie is also a clothes horse.

She is loudly Italian-American, too, as she explains to a prospective wedding-planner:

I'm not really sure what that is supposed to mean, since the Italian football team is know as the Azzuri, the Blues.  But Angie has the requisite big, intrusive family, lots of close relatives, over-protective parents, and an obsession with food. 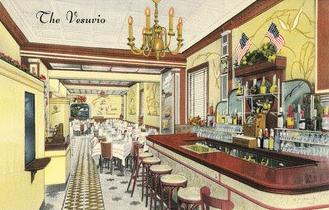 With all of Angie's skills, and her failure to find a wedding-planner for her big event with Paavo, I thought the author was setting up the big finish of having Angie finally find her ideal career:  Wedding Planner.  But that didn't happen.

The planning and preparation for the wedding and for their life together takes up about half of the book, but we don't end with the wedding, or with a resolution to the "where are we going to live" question that runs through the whole book, either.  Nor the question about Paavo's emotional loyalties.

15 books is a long time to keep the threads weaving, or the balls up in the air, so to speak, so you can't blame me for expecting a resolution in this late-addition book to the series.  Glancing at some of the reviews, I suspect I'm not the only fan who was looking for closure.  But if you are an Angie fan, it looks like her story will continue. Cooking Spirits is actually two books wrapped around each other:  Paavo's police procedural case of double homicide, and Angie's house-hunting and wedding problems.  Angie's part of the story involves a paranormal storyline.

There is a strong sense of place in the book, with lots of mentioning of streets, buildings, districts and places.  Many of the characters from the previous books are included in the story.  There are three recipes at the end of the book.  And we are treated to the menu of all of Angie's main meals.

This is a leisurely paced book, probably of most interest to Angie and Paavo fans.  There is an exciting finish, but not a lot of resolution at the end of the book for Angie and Paavo.  It feels like the author may be planning on continuing the series for a few books more. 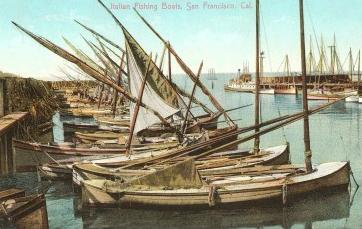 Culinary queen Angie Amalfi has put aside her gourmet utensils to concentrate on planning her upcoming wedding to San Francisco homicide detective Paavo Smith. What could possibly go wrong?

Instead of the answer to her heart's dreams, she scrambles to deal with wedding planners with bizarre ideas, wedding dresses that don't flatter, squabbling relatives with hurt feelings, a long-suffering groom, and worries over where she and Paavo will live after the wedding. But all of that pales when Angie finds the perfect house for them, except for one little problem--the house may be haunted.

Many years ago, the newlyweds who lived in the house were murdered, and the case was never solved. While Angie pursues what happened to the couple who now may be haunting the house, Paavo obsesses over his own case involving the murder of unlikely lovers. The trail leads to ghosts, murders, unhappy families, and enough obnoxious wedding buttinskis to fill a graveyard. But when eerie happenings turn deadly, Angie fears she may be spirited away for good!

Here is a direct link to the book at Amazon.com, and to the first book in the series: 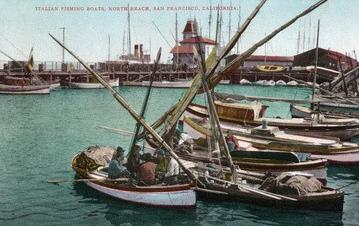