City of Illusions by Judith Works 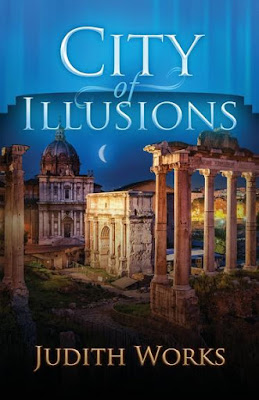 In City of Illusions, the author gives the reader an Innocents Abroad story about a U.S. American couple who discover what the life of the expatriate worker in Rome, Italy, is really like, while offering the reader a glimpse at Rome's many attractions, distractions, and faults.

The Americans are a thirty-something married couple from Seattle, Washington, whose marriage has serious cracks, and whose characters have even more cracks.  The book could be seen as the study of a crumbling marriage, set in Rome, Italy. 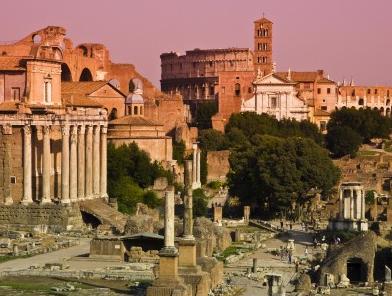 The story of Europe's decadence corrupting naive Americans, Innocents Abroad, has been a favorite of authors for generations.  The freedom of being way from family, religious and social pressure proves to be too much for puritanical, law-abiding Americans again and again.

...safe Seattle where life had always seemed under control and people were normal.

At times the story was like watching a train wreck, as the husband and wife made one poor decision after another, with equally poor justifications for doing so.  Their limited, safe lives before they went to Rome, leave them ill-prepared for what they encounter, and for what they learn about themselves. 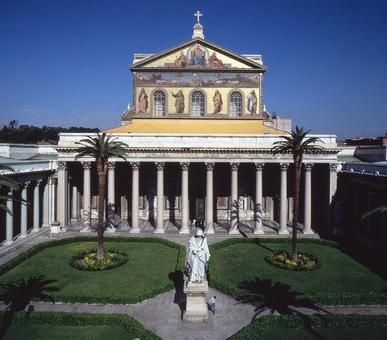 I found two points addressed in the book to be very interesting:  blogs and romanticized Italy.  Being a modern book about plugged in people, the author mentions the seemingly overwhelming need some people feel to keep a blog about their life, for all the world to read.

The truth about too many blogs, however, is shown to be that they are too often merely a new version of autobiographical-fiction that people use to boost their self-esteem, and to make others envious.  The protagonist muses at one point that:

Reading about other people's delightful lives, however, only brought an unwelcome comparison... 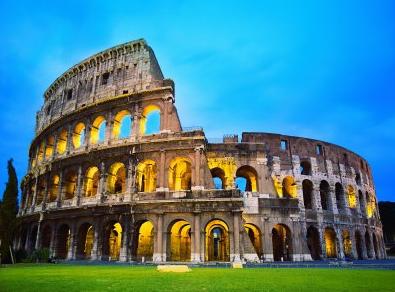 Most interesting is the portrayal of people who've dreamed of a romanticized Italy, egged on my too many romanticized and sanitized blogs, and those people's reactions when they encounter the real deal.

Rome is not the Rome from the film Roman Holiday.  Rome is a big, congested, dirty, chaotic, noisy, expensive city that is flooded with tourists, and with beggars and thieves, at times seemingly in equal number.

The view of Rome as something other than what people expect is nothing new.  The Early Renaissance artist Giotto provides the quote about Rome that gave the author the title of this book:

One of the expatriates the couple meet in Rome explains: 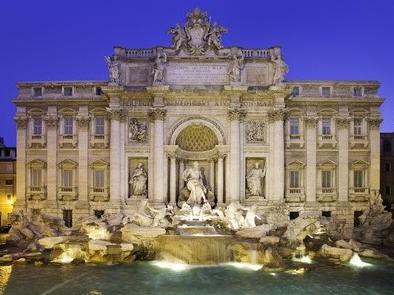 The story is believable for the most part, although the ending convinced me less than the rest of the book.  The writing is fluid and confident, with the narrative style of third-person limited used throughout, varying the point of view from the wife to the husband, but beginning and ending with the wife's point of view.

The biggest difference from the classic Innocents Abroad sagas is the ending.  In the 19th and 20th century versions, the protagonists usually ends up seriously wounded or dead (think Daisy Miller).  In this modern incarnation, the protagonists are given relatively happy endings.  The classic tragedy has morphed into a contemporary saga of self-realization.

City of Illusions is an Innocents Abroad saga about two immature, self-centered, naive, insecure, morally-challenged, passive-aggressive, thirty-something U.S. Americans who are forced to grow up, at least a bit, during a one year stay in Rome, Italy. 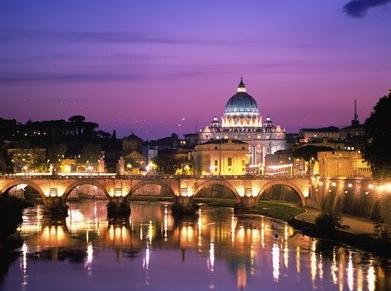 I leave you with a quote from the author including some excellent book recommendations:

It seems that there are very few novels about actually living as an expat in contemporary Rome (which I can attest veers regularly from sublime to very annoying).  I have several favorite books about Rome and all are quite old now: Carlo Levi's Fleeting Rome, A Time in Rome by Elizabeth Bowen, and Rome and a Villa by Eleanor Clark.  All express the changing yet unchanging nature of the city.  This being said, we were in Rome in May and the city is facing very difficult times. 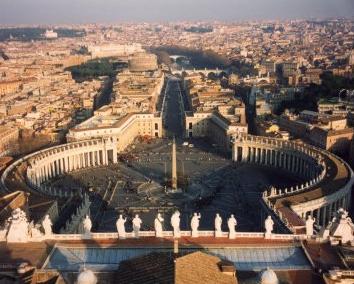 Laura's 30th birthday is looming.  Dissatisfied with her life and marriage she impulsively applies for a job in Rome.  When the offer arrives she can't wait to leave gray Seattle and make her dreams of adventure and a rejuvenated marriage come true.

But she and Jake soon learn la dolce vita is far more complicated than expected as they are catapulted into a world full of intrigue, deceit, and infidelity lurking behind the seductive food and wine, sunny piazzas, and crumbling ruins.  Instead of using his time to begin painting again as he promised, Jake becomes involved in Rome's underground corruption.

Now Laura must make a choice as her life spins out of control.  Should she preserve her marriage at all costs or search elsewhere for the key to the happiness she desires?

In this woman's fiction set in the romantic city of Rome, author Judith Works shows there is more to the City of Illusions than meets the eye. 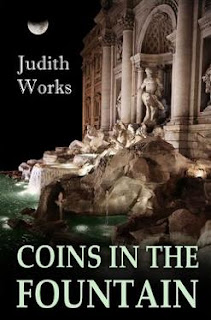 The author has this memoirs about her time living and working in Rome, Italy.

Do you want to know what it is really like to live the expatriate life in Rome?  How to cope with a sinking sailboat, an auto accident with the military police, your Italian neighbors entering your apartment in the middle of the night?  Do you know the inspiration for Pasta alla Puttanesca (hint: the prostitutes outside my office)?  Attend Italian weddings?  Would you like to meet the countess with her butt-reductng machine and the count who served as a model for statues of naked horsemen?  An assault during a wine club outing? How about country weekends in Umbria where the Etruscans still seem to be lurking about?

It's all here in Coins in the Fountain, the story of a couple who said "NO!" to middle age and made a dash from Oregon to Rome where the author had the glorious experience of living in Italy while working for the United Nations - twice.  Part memoir, part travelogue to off-beat sites in Rome and elsewhere, you will be amused and intrigued with the stories of food, friends and adventures.  You, too, will want to run away to join the Circus (the Circus Maximus, that is).  And, before you depart Rome, you will never forget to throw a coin in the Trevi Fountain to ensure a return to beautiful Rome and enchanting Italy.

Here is a link to the book City of Illusions at Amazon.com, and to the author's memoirs Coins in the Fountain.