The Ides of June (Libertus Mystery) by Rosemary Rowe 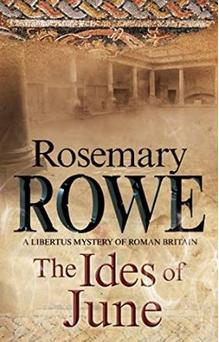 This is the latest book in the long-running Libertus Mystery Series set in ancient Roman Britain (the year 193), featuring freedman mosaicist Libertus, who solves mysteries for his patron Marcus.  The book is rich with Celtic and Roman customs and facts about the times, which makes the story slow-moving but perfect for readers who love to learn along with their reading.

Libertus is called upon to help keep his patron's family safe while on the road, so we get a first-hand, close-up look at what it was like to travel within Roman Britain.  The author is honest, too, in showing how women and slaves did not fare well in the paternalistic, violent and slave-owning society.  We also see how life in Roman Britain varied for the natives from the life of the Roman imports. 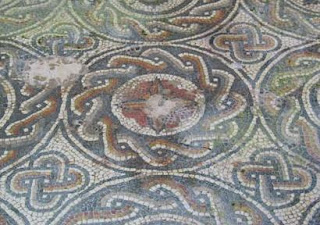 The books in the Libertus Series to date: 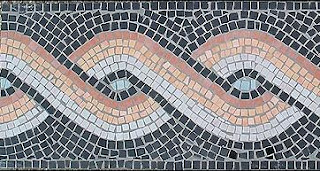 Libertus is sixty years old in this book, and the story picks up one month from the end of the previous book, The Fateful Day.  Because some of the previous events from the series are mentioned in the subsequent books, I would suggest reading them in order to avoid spoilers.

The dialog can seem stilted, even Shakespearean, at times, but that is because the author writes a first-person narrative from Libertus's point of view, and tries to convey the era and the character of the man through the language.

There are even Latin words in the story to remind the reader that Libertus is "writing" his account in that language.  All the Latin is explained for the reader.  The events surrounding the story at the Empire level are explained, too, within the story and in a Foreward.  Know that Libertus is a slave-owner, Celtic, married, with a growing family, and he manages, as always, to better his position in life by the end of the story. 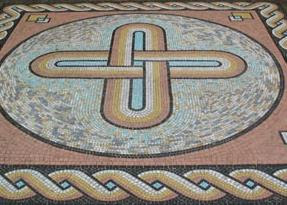 A compelling new mystery for Libertus, set against the backdrop of the Roman Empire in turmoil . . .

An astonishing new order has usurped power in Rome and the reverberations are reaching even to Glevum, where the legion is preparing to depart.  Libertus’s wealthy patron, until recently one of the most influential men in the Empire, finds himself not only deprived of the privilege and protection he had previously enjoyed, but under actual threat both from the political establishment in Rome and from an anonymous and vindictive enemy much closer to home.

The murder of another councillor, similarly placed, makes the matter urgent.  Libertus, whose humbler status affords obscurity, is charged with spiriting Marcus’s young family away to a place of safety.  But his task will bring problems of its own, as Libertus uncovers a grisly secret and an ancient crime – with ramifications stretching to the present day. 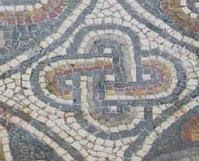