I Am John, I am Paul by Mark Tedesco 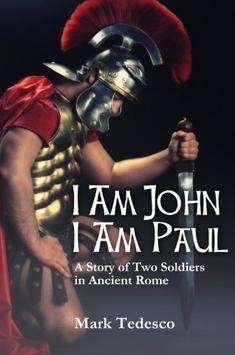 This historical novel is a first-person account by the titular John of his adult life in the Ancient Roman Empire in the fourth century. The subtitle of the book is A Story of Two Soldiers in Ancient Rome, because John recounts much about the life of his friend and fellow soldier Paul, too. The story is focused on John's spiritual growth while doing his duty as a son, brother, soldier and friend, but that doesn't mean there isn't any action in the story. There is plenty, and it involves the royal family at times!

The writing is smooth, literate, and professionally edited, reminiscent of classic historical fiction set in the Roman era. The reader is not loaded down with details, but what is referenced is always spot on historically, showing that much research and learning was done by the author in preparation for telling the story. He even includes some interesting notes on elements of the story, which is based on the martyrs John and Paul of Rome, and mentions his main sources, for readers who are interested in furthering their study of the history. 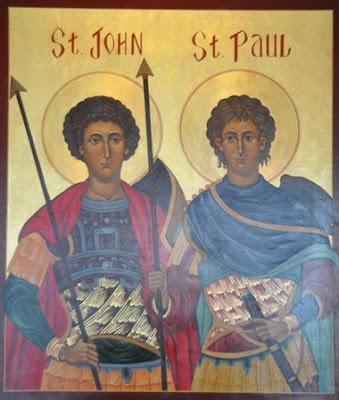 Several Roman emperors rule during the course of the story. Constantine is probably the one that most readers will recognize, since he is closely associated with the Christian faith. He was the first Roman emperor to be of the Christian faith, the cult of Christos as it was called. Under Constantine, the cult was allowed to freely co-exist with the faiths that worshiped pagan gods and the emperors as gods.

I found it refreshing that the author alluded to many of the ancient faith myths that were incorporated over time into the fledgling religion. As historians have explained for centuries, certain iconic elements from the beliefs that were present and studied in the cosmopolitan city of Alexandria, Egypt, were adopted by followers of emerging faiths, including the cult of Christos. Even the early leaders of the newer faiths encouraged the adoption of those iconic elements. I won't go into them here, but there are many books on the subject for those interested. 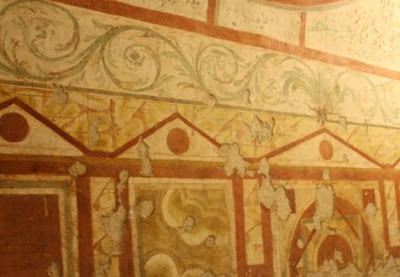 After retiring from soldiering, John and Paul turn away from the Ancient Persian cult of Mithras, that was favored by the military, to the cult of Christos, to find “a more joyful way of living”. The feeling of belonging, and the classless, egalitarian organization of the Christos followers appeal to the men. They then experience a growth in compassion for their fellow man, followed by altruistic efforts to relieve the suffering of others.

The steps depicted in their conversion are convincing, and give an idea of how the cult of Christos spread, and of how it forced the brutal Roman society with its institutionalized sadism, to face up to its lack of humanity. Some elements of the early cult and of Roman society may surprise readers, but they are based on fact, such as the easily recognizable Eucharist service by the cult followers, and the societal acceptance of same-sex relationships.

The cult and John and Paul are threatened when Justinian becomes emperor, later called Julian the Apostate for his attacks on Christianity. It is Emperor Julian who brings about the end of John and Paul's life story, when the emperor unleashes a backlash against the new faith that he blames for Rome's misfortunes.

Julian was on the wrong side of history, as we now know, but there were many in Ancient Rome who agreed with his belief that the lack of sacrifices to the ancient gods had brought down a retaliation by the neglected gods. The story is a gentle reminder that there will always be a faction of society that depict change and minority beliefs as destructive forces. The faction resists advancements in thought and human understanding, and blame those advancements for any and every thing they dislike, or makes them feel uncomfortable. The book is a reminder that our progress from primitive, violent society to enlightened, peace-loving society was one of starts and stops because of those foot-dragging elements.

Sadly, that struggle is played out today in our globe of dispirit societies forced to co-exist, and dispirit elements within societies that struggle to co-exist. The message of the book is really the old one, that a house divided cannot stand, so consensus and tolerance must be achieved to survive and move forward. 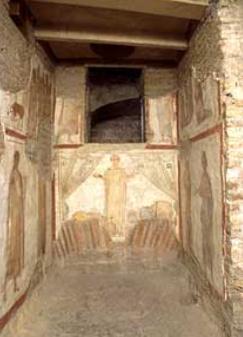 The last chapter of the story is from the perspective of John's sister, Fulvia. In it she recounts things that she can't possibly know, but I overlooked that anomaly because I enjoyed the rest of the book so much, and it was done to provide the reader with closure.

Readers may be interested in researching the Basilica of Saints John and Paul on Rome's Caelian Hill, since it was the inspiration for this author's book. If you follow the links out from the article, you'll read about the inspirations for many of the sights and characters in this novel.

Here is a virtual tour of the Case Romane del Celio, the Roman houses excavated under the Basilica of Saints John and Paul, said to be their home that was also their burial place, and then converted into a place of worship (the images on this page are from there).


Here is the book's description:

"Adventure, intrigue, faith, commitment, love and hate and everything between! Mark Tedesco has done it again, fashioning what is arguably his best work yet! He entices you on a phenomenal journey into the fascinating lives of two 4th century Roman soldiers, John and Paul, in a tale of loyalty and love that grabs you by the throat from the very first sentence and holds you spellbound, gasping for air as you're swept from chapter to chapter with barely a moment to breathe. An unbelievable marriage of fact and fiction that will leave you applauding or appalled but never bored or indifferent. A must read!"
-Tony McEwing, KTTV News

And here is a direct link to the book at Amazon.com: