The Lost World of Byzantium by Jonathan Harris 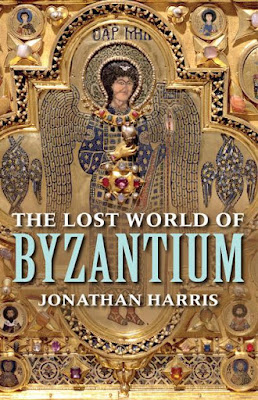 Byzantium is the name we give to the Eastern Roman Empire, but they called themselves Romans.  They carried on the traditions of the Roman Empire until they were defeated after 1000 years (the book spans from 330 to 1453).  The Byzantine Empire was the Christian Roman Empire.  The author offers not a comprehensive history, but:


a personal journey through the long history of Byzantium

He tries to explain how it managed to last as long as it did during very tumultuous times, and why it seemingly disappeared so completely.  The book reads like a one-sided conversation with someone who loves the Byzantine era and know pretty much all there is to know about it.  The author presents some questions and possible answers, some personalities, and some events that stand out. 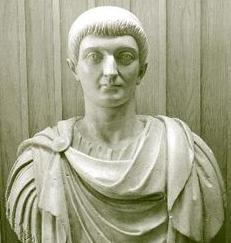 To appreciate this book, it is best to have a basic grounding in the Byzantine Empire's history.  Think of this book as a text to accompany an advanced seminar at university, after you've taken all the introductory courses.  The writer adds greater detail to the framework of what you already know, fleshing it out, and sharing his enthusiasm for all things Byzantine.  History is storytelling, and this book is full of stories, and characters.

The starting date set for this Byzantium is the inauguration of Constantinople in the year 330, a city ordered constructed by the Roman Emperor Constantine so he could have a monumental base in the east of the empire, to match Rome in the west.  The ending date used is the capture of Constantinople by the Ottoman Turks in 1453. 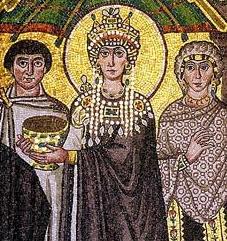 So why did the empire last so long?  The author offers lots of examples of how the Christian faith was a unifying and inspiring force in an empire made up of disparate people spread out over many lands.  The Emperor was the chief defender of the faith.  The Emperors also provided for smooth succession from one emperor to the next, something Western Rome rarely managed.

Other things helped, like having many talented leaders and soldiers, the great wealth which helped when bribing bad guys to behave, a magnificent and intimidating capital city that was amazingly defensible, practical plans for organized integration and resettlement of the inevitable migrants to the safe and wealthy empire, and skillful foreign relations which forged friendships and alliances. Interestingly, the author points out that the powerful church and the popular holy men and women played the role of a check & balance institution on the Emperor's powerful military and civic administration.  The church leaders checked excesses, provided social services, and even took on various positions in the State when necessary during times of crisis.

The perceptive reader of history will always find in the past, parallels to the present, which is part of the fun of reading histories, and this book is full of those parallels.  The author doesn't bang you over the head with them, but the very fact that he includes certain stories in the book suggests that he understands the parallels very well.

The beautiful, literate English style of writing makes the long book a reading pleasure, but the sheer volume of stories and eras and events means it is best to take the book slowly.  Battles, betrayals, theological disputes, invasions, truces, and treaties can become monotonous without a break now and then.  I found the middle section of the book less interesting just for that reason:  I should have taken a break from reading but I didn't!

A rough summary of the book's contents would be to say that it touches on the most active and known leaders:  Constantine, Justinian, Heraclius, Leo III, Constantine V...  And in the book, you'll get good explanations of:

One strong message in the book, as in any book about the past, is that we are all bastard peoples created from massive mixing of genes and cultures.  The era of the nation-state has fueled the false nationalistic belief that we form unique peoples and cultures.  This book show that to be utter nonsense.

Another message that comes across is that much of the present world still behaves and reasons as if the early middle ages never ended.  Western policy makers of today would benefit from reading this book so they could better understand the savage so-called reasoning the crazies of today use to justify their massacres, hatreds and utter barbarism.

The third message, that is very timely, is that the Byzantine Empire survived over 1000 years because they were able to integrate outsiders, to reward them for their efforts, and to harness their skills for the society's good.  That is a not-so subtle message to rich countries today that resist migrants, and marginalize them when they do let them enter the countries.

For more than a millennium, the Byzantine Empire presided over the juncture between East and West, as well as the transition from the classical to the modern world. Jonathan Harris, a leading scholar of Byzantium, eschews the usual run-through of emperors and battles and instead recounts the empire’s extraordinary history by focusing each chronological chapter on an archetypal figure, family, place, or event.

Harris’s action-packed introduction presents a civilization rich in contrasts, combining orthodox Christianity with paganism, and classical Greek learning with Roman power. Frequently assailed by numerous armies—including those of Islam—Byzantium nonetheless survived and even flourished by dint of its somewhat unorthodox foreign policy and its sumptuous art and architecture, which helped to embed a deep sense of Byzantine identity in its people.

Enormously engaging and utilizing a wealth of sources to cover all major aspects of the empire’s social, political, military, religious, cultural, and artistic history, Harris’s study illuminates the very heart of Byzantine civilization and explores its remarkable and lasting influence on its neighbors and on the modern world.